Ahead of Priyanka Chopra and Nick Jonas announcing the Oscar 2021 nominations on Monday, here are 10 hot favourite movies that are expected to score not just an Academy Award nominations but also one or more trophies. 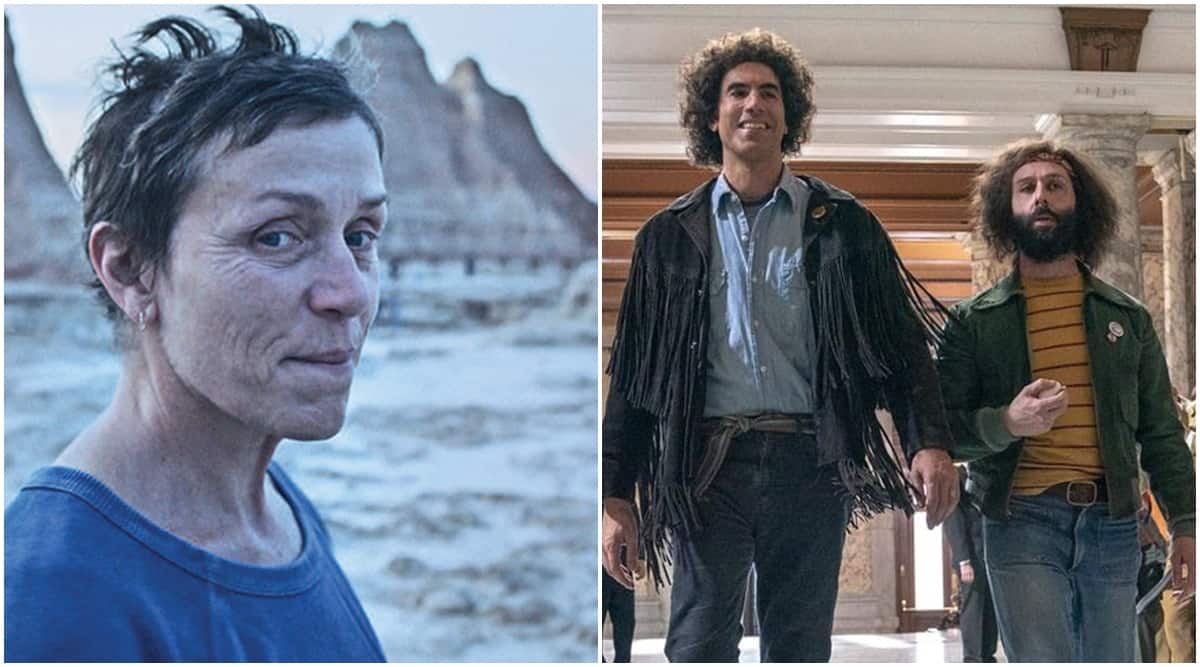 Colloquially known as Oscars, the Academy Awards are the most prestigious awards in the world when it comes to cinema. Possessing an Oscar trophy instantly catapults you among the greats. Oscars 2021 were going to be held on February 28, but the coronavirus pandemic ensured they were rescheduled to April 25.

The Academy has decided to hold the ceremony in multiple locations, including Dolby Theatre, which has been the official Oscars venue since 2001. No host has been announced yet.

The nominations for the 93rd Academy Awards will be unveiled by Priyanka Chopra Jonas and Nick Jonas on Monday morning in the US, which translates to evening in India. Here are 10 hot favourite movies that are expected to score not just Oscar nominations but also might end up clinching one or more trophies.

Chloe Zhao is directing Eternals for MCU, but the indie filmmaker has already become a globally known name thanks to Nomadland. The story of the film follows Fern (Frances McDormand) who becomes a modern-day nomad after the economic collapse of a company town in rural Nevada. The film figured at the top of several ‘Best movies of 2020’ lists and was also a darling of those who saw it in different film festivals. It clinched Golden Lion at the Venice Film Festival, where it also premiered.

Based on a screenplay penned by David Fincher’s father Jack Fincher before his death in 2003, Mank is about Gary Oldman’s character Herman J Mankiewicz, who was the writer of the iconic 1941 movie Citizen Kane. Mankiewicz clashed with the film’s producer and director Orson Welles over the script of the movie, and there has been much debate about the conflict. The film was noted for gorgeous recreation of Old Hollywood, visuals and performances.

Spike Lee’s Da 5 Bloods, about four Vietnam War veterans, received crazy good reviews and was also deemed timely due to its topical handling of race. It released not long after the George Floyd incident.

Steven Yeun-starrer immigrant drama Minari was about a South Korean family in 1980s’ rural America and the film was lauded for its “intimate and heart-wrenching portrayal of family and assimilation in 1980s America” according to Rotten Tomatoes. The film’s critical reception was near-perfect with a 99 per cent score.

Sacha Baron Cohen returned as everybody’s favourite titular fictional Kazakh journalist in a sequel that even funnier than the original. The writing was incredibly detailed, and it was worth listening to every single line of dialogue, no matter how offhand it appears. There was a joke everywhere.

Sound of Metal is an evocative and heart-breaking portrayal of a man who is unable to tackle his new reality where there is no use of his talent. It is also an empathetic look at the hearing-impaired community, their emotions and experiences. Riz Ahmed gives a tour de force performance here. The film might clinch trophies in acting and sound design categories.

8. One Night in Miami

Not only are Anthony Hopkins and Olivia Colman in a single film together, they have also starred as a father and daughter duo. Need we say more? The film was universally praised for empathetic depiction of dementia.

10. Judas and the Black Messiah

Judas and the Black Messiah, a biopic on Fred Hampton, was directed Shaka King. Hampton was the chairman of the Illinois chapter of the Black Panther Party. He betrayed by William O’Neal, an FBI informant. Lakeith Stanfield plays the role of O’Neal.