Screened at the Toronto International Film festival, both ‘Ahed’s Knee’ and ‘The Devil’s Drivers’ give an insider’s perspective that is rare in the lingering Palestinian-Israeli conflict. 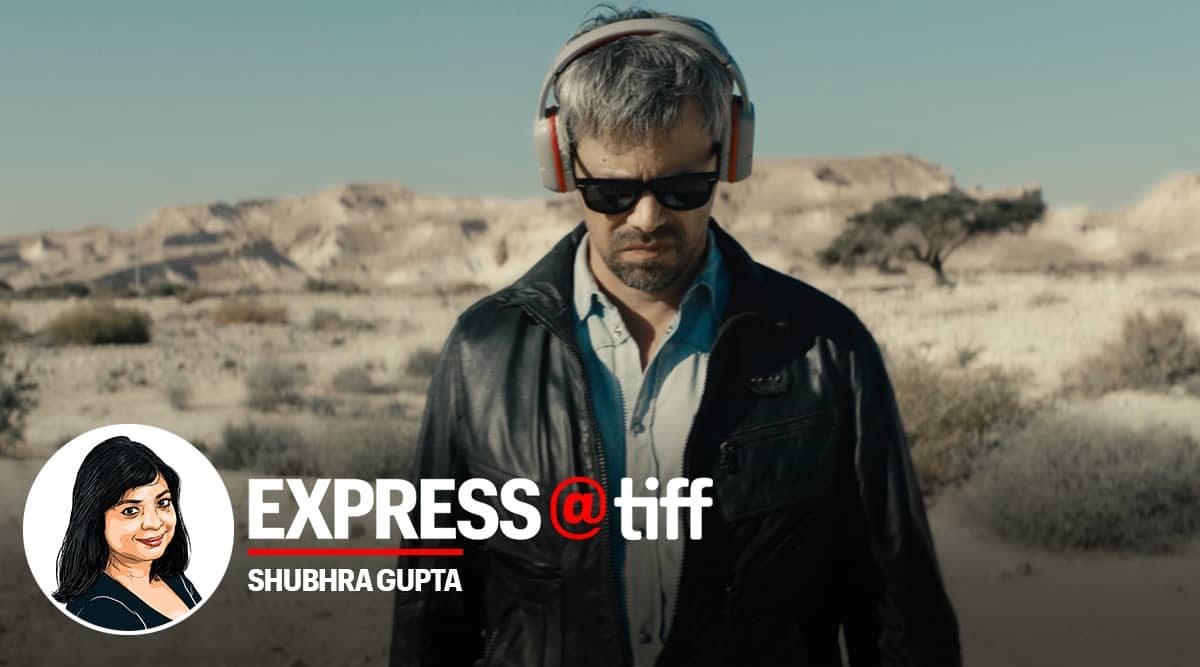 In December 2017, 17-year-old Palestinian activist Ahed Tamini slapped an Israeli soldier. The incident went viral, and prompted an Israeli official to say that she should have been shot in the knee. In ‘Ahed’s Knee’, Israeli filmmaker Nadav Lapid’s not just picks on the reverberations that spilled out internationally after the incident but adds his own protest against what he perceives as the growth of totalitarianism in his country.

The film’s protagonist is called, simply, Y (Avshalom Pollak). Y is also a filmmaker who is clearly a stand-in for the director himself. Lapid’s previous film, ‘Synonyms’ played at the Berlinale in 2019; we are told that Y is also coming off a successful Berlinale screening. Finding himself in a tiny village near the Arava region of the Dead Sea, Y is confronted by memories of his harsh military service, as well as a realisation that the present is no better: as a creative person, he can only speak on subjects which are sanctioned by the state.

His host, the gorgeous Yahalom (Nur Fibak), is a huge fan of Y’s works. As a deputy in the Ministry of Culture, she is the messenger, but she is aware that the message is not something that Y wants to sign off on. A piece of paper sets down the ‘approved topics’ that Y can touch upon after his film’s screening, and that leads to a long speech.

‘Suppose I want to discuss a nationalist, racist, sadistic abject Jewish state whose sole aim is to reduce the soul, particularly the Arab soul, to incompetence and impotence, so it collapses against the state’s oppression, and will be completely at its mercy?’ It sounds like a rant. And I suppose it is one, but it sounds like a real cry from the soul of an artist who is struggling to make his voice heard in the void.

Lapid is rightly celebrated as one the most formally exciting, propulsive filmmakers working today. ‘Ahed’s Knee’ is full of the most vibrant yet unusual images, and close-ups of body parts, including, yes, of many knees. And while the way it ends, lapsing into a kind of explicatory drama reminiscent of Hindi movies, may not fit in with the earlier jagged exuberance, there’s no doubt about the film’s power. And if you live in India today, the film feels dizzyingly, sharply relevant. “On the left side is Israel, on the right side is Palestine,” says a character in ‘The Devil’s Drivers’, one of the bravest documentaries showing at TIFF 2021. Through the eyes of a bunch of intrepid Palestinians who drive people into Israel every day in search of work, we experience the precariousness of the lives of these nowhere men, struggling for livelihood and identity and a place of their own.

Directors Mohammed Abugeth and Daniel Carsenty spent eight years making this film. And it shows. In the way they make themselves almost invisible in the back seat of a vehicle which streaks across the desert, carrying smuggled human cargo, hoping that the dust in their wake will make them hard to track by Israeli soldiers. In the way they listen, when their subjects speak.

‘Driving workers without permits between the West Bank and Israel is a very tough job. Every morning when I say bye bye to my children, I do not know if I will return’, says one of the drivers. Another says, ‘The police can come anytime. Then I run. What else can I do?’ A couple of the drivers are caught and sent to prison; one of them says ‘for thirteen years I’ve done this, now it is over for me’. But what is it that they are going back to? What kind of a future are they going to be able to build for their children?

One of the most moving moments in ‘The Devil’s Drivers’ comes when a character talks about a tree that people used to take shelter under being cut down by soldiers. The impact long-drawn conflicts can have upon people is terrible. How long does it take for a shade bearing tree to grow in the desert?