Ajay Devgn starrer Bhuj The Pride of India is set amid the backdrop of the 1971 Indo-Pak war. The film releases on August 13. 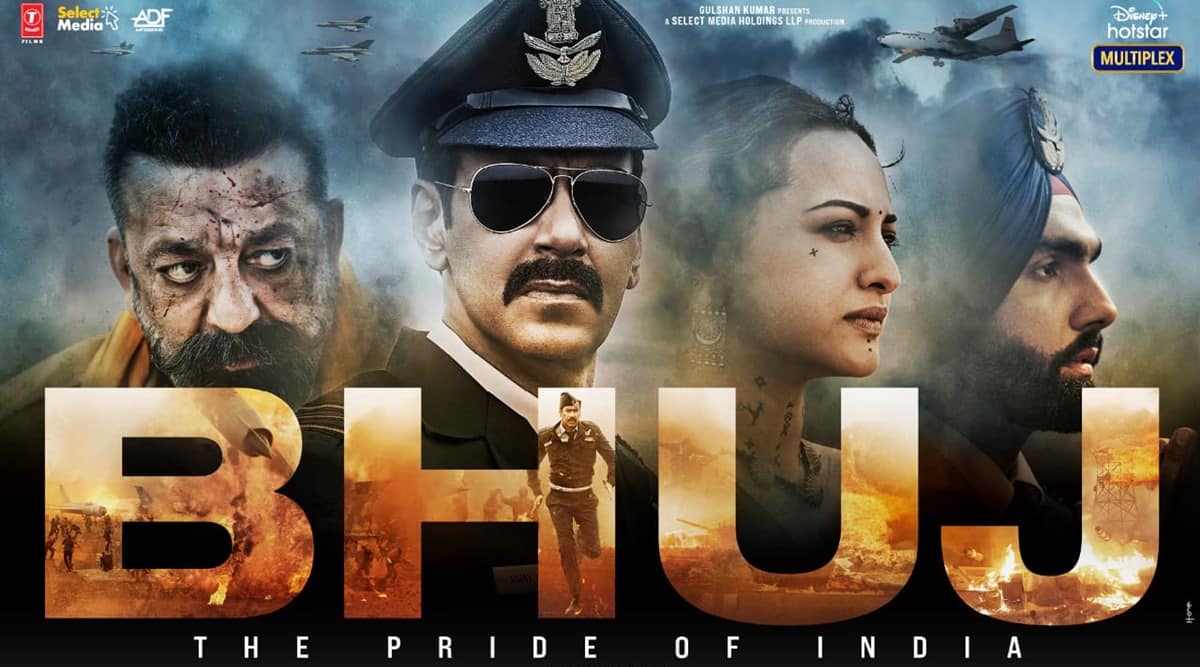 The release date of war film Bhuj: The Pride of India has been announced. The movie, starring Ajay Devgn, Sanjay Dutt, Ammy Virk, Sonakshi Sinha, Sharad Kelkar and Nora Fatehi, is set to release on August 13 on Disney Plus Hotstar.

The Abhishek Dudhaiya directorial is based on real events from the 1971 Indo-Pak war when Pakistan attacked Bhuj airbase as part of Operation Chenghiz Khan. The teaser suggests that the Bhuj airfield was attacked 35 times in 14 days. ‘Attacked by 92 bombs and 22 rockets,’ reads the text in the video.

Bhuj: The Pride of India is inspired by the journey of IAF Squadron Vijay Karnik (Ajay Devgn), who reconstructed the Bhuj airbase with the help of 300 local women so they could fight back and serve the country.

The film’s trailer is set to drop on July 12.

Bhushan Kumar, who is producing Bhuj: The Pride of India, had earlier said in a statement, “This courageous tale needs to be told because we want the current and the coming generation to know about this brave soldier, Squadron Leader Vijay Karnik, who played a significant role in India’s victory in the 1971 war. He was heroic enough to take this bold step of involving civilians in a war. Also, who better than Ajay Devgn for the role of Vijay Karnik?”