Akshay Kumar promoted his upcoming film Bellbottom on the sets of The Kapil Sharma Show. The show will return on August 21 after a hiatus of many months. 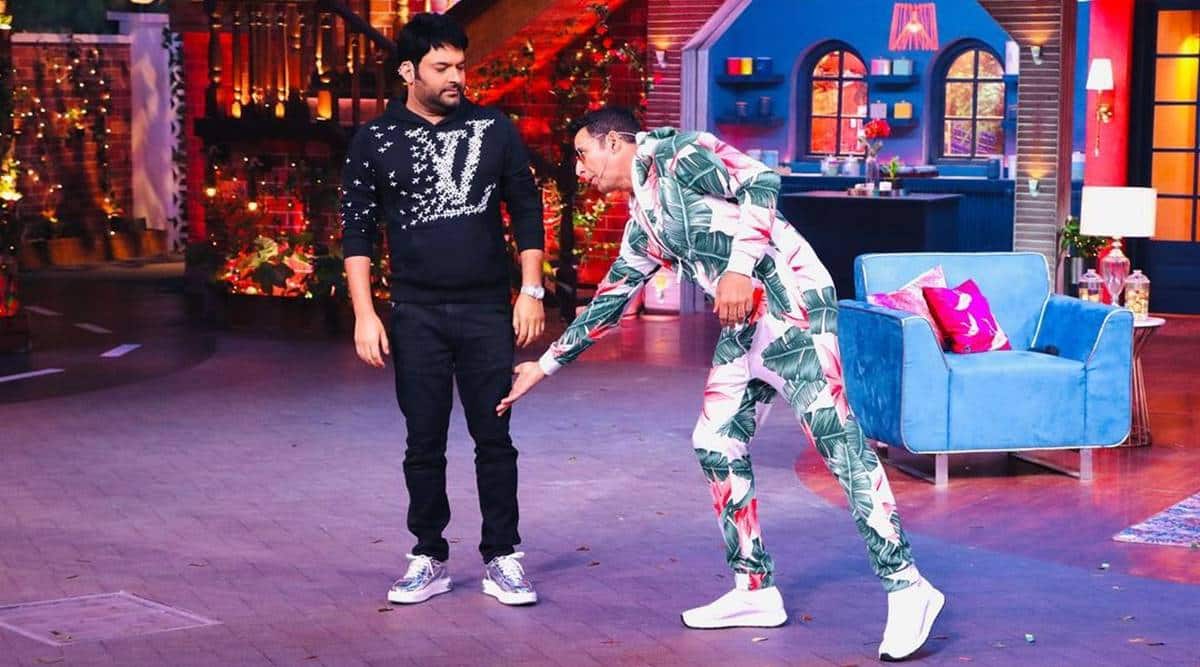 The Kapil Sharma Show returns with a bang on August 21, as per sources. The first episode of the comedy show will host Bollywood’s superstar Akshay Kumar. The actor, along with his co-stars, will promote BellBottom on the Kapil Sharma hosted show. On Saturday, Kapil shared a sneak-peek of the shoot with Akshay. He shared a picture on Instagram in which Akshay seems to be touching Kapil’s feet. The comedian shared that the actor was seeking his blessings for the success of his upcoming film BellBottom. 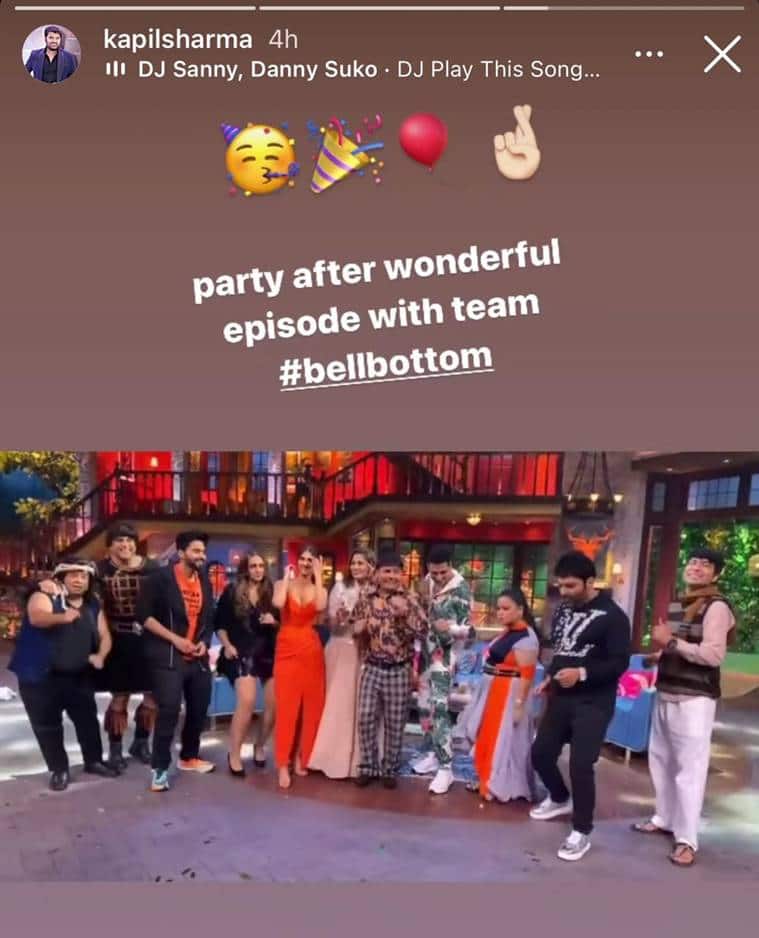 On Sunday, Kapil shared a Boomerang video on his Instagram stories. The video featured The Kapil Sharma Show cast, including Bharti Singh, Krushna Abhishek and Archana Puran Singh, along with the starcast of Bellbottom. Apart from Akshay Kumar, the episode will host Vaani Kapoor, Huma Qureshi and Jackky Bhagnani as the guests. On the video, Kapil wrote, “Party after wonderful episode with team Bellbottom.”

Krushna also shared a video with Sudesh Lehri. Krushna was all praise for Sudesh but ended the video on a funny note. Sudesh, on the other hand, gave a glimpse of his day on the sets of The Kapil Sharma Show.

The Kapil Sharma Show will soon air on Sony TV.

On the other hand, Akshay’s Bellbottom is the first film after a long time that is heading for a theatrical release. The film will release on August 19. “The pressure is there on everybody but I’m very sure that things are going to work out. There’s a challenge, a risk. But if you haven’t taken the risk in life, then what have you done? So we have gone with it,” said Kumar at the press conference in Delhi.

“In this journey, I have my producers who have also taken the risk and that’s how we have proceeded,” he added.

Bellbottom is set in the 1980s and features Kumar as a RAW operative. It was also the first Bollywood project to commence production amid the pandemic last year. The film will release on Amazon Prime Video.