Bollywood star Alia Bhatt has only good words for former partner Sidharth Malhotra and his latest release, Shershaah. The actor on Sunday took to her Instagram to share a story on how much she enjoyed watching the Independence Day release. 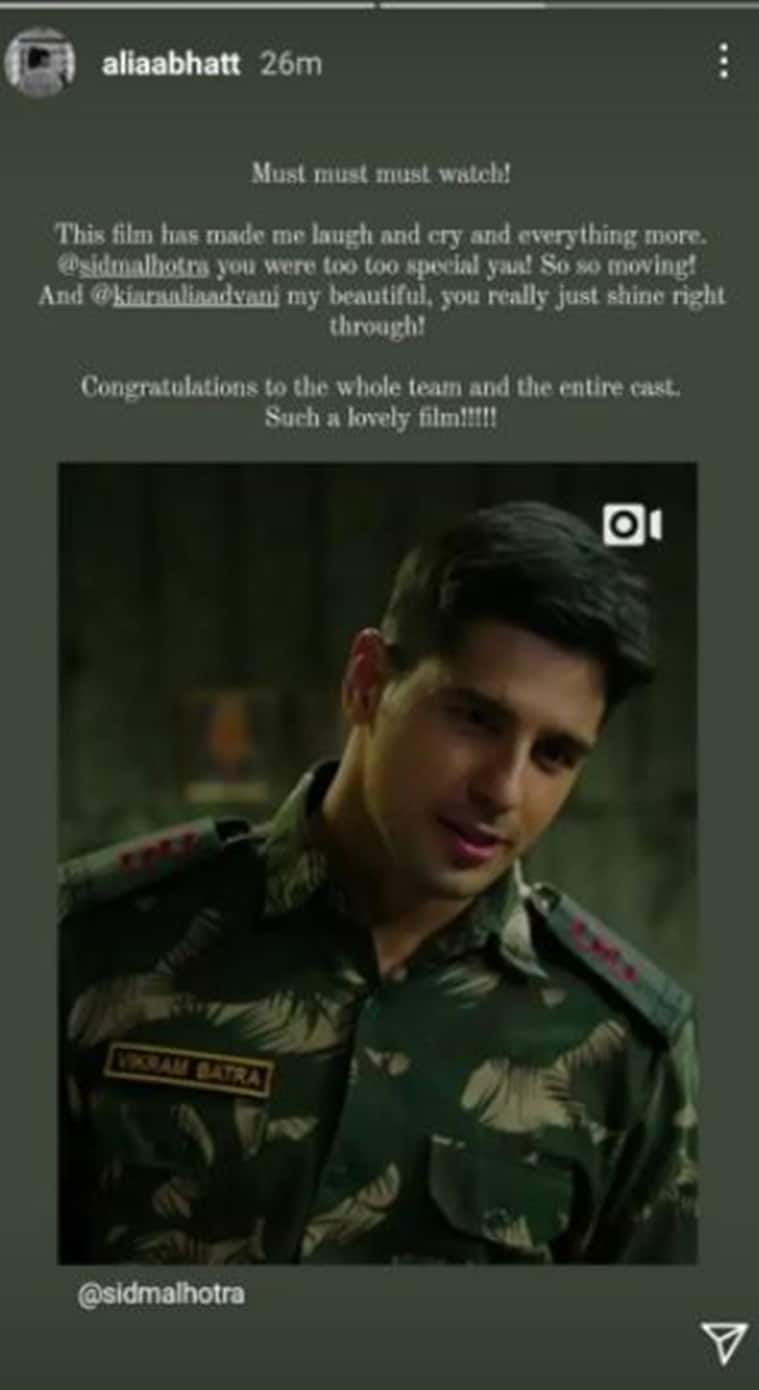 “Must must must watch! This film has made me laugh and cry and everything more. Sidharth Malhotra, you were too special yaa! So, so moving. And Kiara Advani my beautiful, you really just shine right through. Congratulations to the whole team and entire cast. Such a lovely film,” read the Insta story.

The film has received a mixed response from the critics, with The Indian Express’ movie critic Shubhra Gupta writing, “It’s isn’t as if Bollywood is a dab hand at war movies. Bunging in lashes of jingoism and chest-thumping and loud battle-cries has been considered enough in most instances: on that score, ‘Shershaah’ displays restraint, even if there’s a line somewhere which has been translated (in the subtitles) as ‘castrated goat’, which is flung at an enemy soldier.”

Shershaah has been helmed by Vishnu Vardhan, it started streaming on Amazon Prime Video from August 12.