The Boys is centered on a bunch of vigilantes who are tasked to keep the superheroes in line. The second season will arrive on September 4. 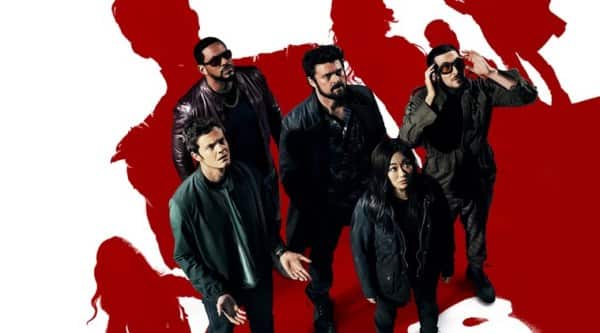 Amazon Prime Video series The Boys is coming back as the streaming service announced the premiere date of the dark, funny comic-book TV series. The second season will arrive on September 4.

Based on the comic-book series of the same name by Garth Ennis and Darick Robertson, Eric Kripke’s The Boys was an attack on the very concept of superheroes, something that has rarely been done well. This is a world in which superheroes, with actual superpowers, are real, but instead of being symbols of nobility and goodness like the Justice League and the Avengers, they have allowed status and fame to go to their head, and have become violent and reckless.

The Boys is centered on a bunch of vigilantes who are tasked to keep the superheroes in line. The show is executive produced by Seth Rogen, Evan Goldberg, Kripke and so on. The first season starred Karl Urban, Jack Quaid, Antony Starr, Erin Moriarty, Dominique McElligott, Karen Fukuhara among others.

Kripke said in a statement, “We cannot wait to show you season two. It’s crazier, stranger, more intense, more emotional. In fact, it’s too much — so the Surgeon General has insisted we air the first three episodes on September 4, then air the remaining five episodes weekly after that. We wanted to give you time to freak out, digest, discuss, come down from the high, before we give you another dose. We only have your well-being in mind. Hope you love the season as much as we do.”

The first season left the Boys scattered and on the run from the law. They will have to regroup and fight back against Vought International, the powerful corporation that markets the supes and earns money using them.