Actor Angad Bedi on his latest project Mum Bhai, working with Sikander Kher and his journey in the industry. The web series will start streaming from November 12 on ALTBalaji and ZEE5. 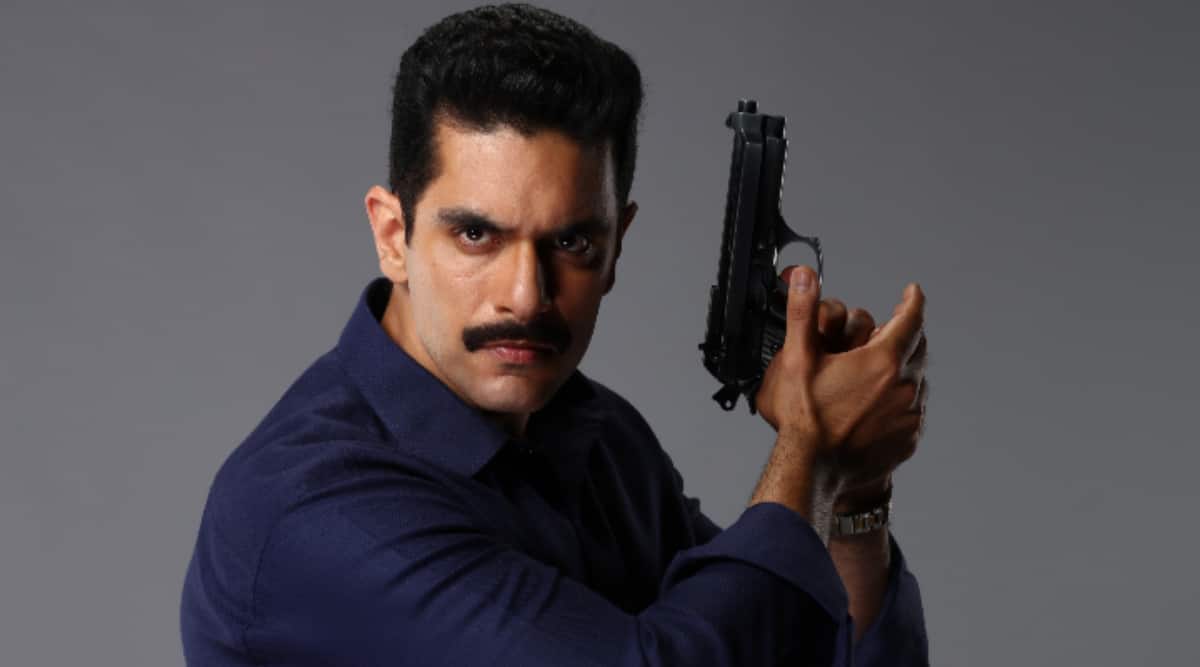 Bedi, last seen in Gunjan Saxena, will be seen playing a trigger-happy cop in Mum Bhai. The series will also delve into his close friendship with the don in the city, and how being on the other side of the law affects their bond.

Speaking exclusively to indianexpress.com, Angad Bedi opens up about Mum Bhai, working with Sikander Kher and his journey in the industry.

What was it about Mum Bhai that you said yes to it?

It is the story of the underdog which I related to the most. Apoorva (Lakhia) and his team of writers have worked well on the screenplay which portrays the rise of this guy. Also, the big challenge that I face is shouldering the responsibility of front lining a show like this. Mum Bhai, which is made on a huge scale, tells the journey of Bhaskar Shetty, who becomes the bhai of the city. And by bhai, I don’t mean a don. Rather he is a no-nonsense cop. It would have been silly to say no to a show like this.

The trailer showed various shades of Bhaskar, from being a waiter to a publicity-seeking officer. Tell us more about him.

He is actually a regular guy who has big aspirations for himself. Bhaskar is passionate about becoming an officer and does become an encounter specialist. While discovering himself, he also gets fascinated by cinema. And that love is seen in the way he stands, or gets his pictures clicked. He is childlike and has that innocence in him. He claims that one day, there will be a film made on him. He has high aspirations and dares to speak the unspoken. That’s a very endearing quality in him.

The scene where you rattle off the entire menu at one go caught the attention of many. Honestly, how many takes did it require?

To tell you the truth, it was an improvised scene as there were no dialogues. We were there on sets and Akshay Chaubey (director) wanted a shot in the restaurant where Bhaskar works. He is a guy who understands the mood and asks an actor what they want to do in a particular scene. While discussing, I felt that in a hotel, you could either wash utensils, carry some sacks or recite the menu. To make it look authentic, we got the menu, and I learnt it by heart and decided to say it in one breath. We, fortunately, managed to get it in two takes. It was very difficult but has made a good impact, and people did take notice, and even enjoyed it.

As an actor, does it become a more emotional experience when you enact a part in uniform?

When you are doing anything representing your country, there’s a solid emotion to the whole journey. Be it playing a jawan, police officer or even a cricketer, it brings a different kind of joy. More so because you are getting to do what 99 per cent of the population cannot do. What these real heroes are doing is commendable. Most of them also have to overcome so many barriers and hurdles to reach where they are. I have a different kind of respect for people who put their life on the line. So I try to pick those characters in which I can feel that joy. And the same thing happened in Mum Bhai too, where Bhaskar faces so many problems to eventually become the officer he always aspired to be.

Any inspiration or reference you had in mind to play this policeman?

I enjoyed watching Akshay Kumar’s performance in Special 26, although he played a fake officer. But he played the part so well, and the attitude was correct. Then Sanjay Dutt in Shootout at Lokhandwala and Ajay Devgn in Singham did well. However, I didn’t take inspiration as I tried to shape him in a different light. This is why we made Bhaskar Shetty enamoured by the film industry to pitch it differently from what we have already seen on screen.

You guys shot for a portion of the show in Dubai. Do you feel the digital medium is now creating shows on par with films?

In the last few months, we have seen that films that were released on OTT did not make an impact like few of the series did. I think it’s because there’s enough time to do justice to the characters, and build their graphs. And since there’s time, you can go beyond the pivotal characters also without tampering with anything. The production is huge now, and I think it’s the time for not just actors but also everyone behind the camera to excel. 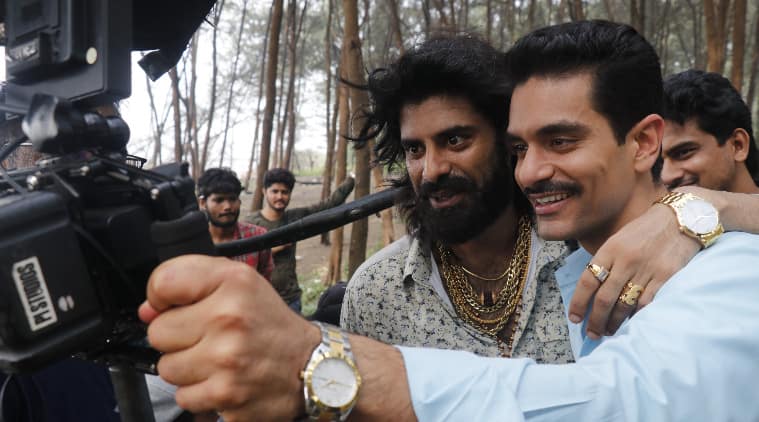 You and Sikander Kher seem to have crackling chemistry. How was it working with him?

It was very comfortable working with Siku. He really values his journey and has worked hard. Also, he is so talented. Apart from a good performer, he has so much knowledge about production and filmmaking. We really bond well, and since we both come from places where our fathers made it on their own, we understand each other’s struggle better. We have also seen similar highs and lows, and comebacks. On screen, we feed off each other, and that makes it really a pleasure working with him.

Was it also stressful to shoot amid the pandemic as you also had a young daughter at home?

Yes, it was very tough. There is always a fear given you have a wife and child at home. But one has to go out and work, as it’s not just about you, but there are others whose per day income depends on you. I guess this is the new normal, and we will need to accept the fact. I was very cautious, and stayed away from my daughter till I was shooting. I also did more than 15 odd tests, and luckily, everything was smooth for us.

You’ve played some wonderful parts in recent times. Is there more to achieve?

I was really struggling five years back, and I think it’s a different struggle now. However, I am very happy that I managed to shape my career as an actor. I realised that eventually if you want longevity, you have to be a good actor. Pursuing commercial success or stardom would have been a wrong game. My purpose was always to position myself as an actor, and for that, I kept working hard to hone my skills. And now that I am getting to be a leading man, or positioned like that, it’s a bonus for me. I really value my struggle and will continue to strive as the more hungry you are, the better you become.

Lastly, you seem to have become a social media darling, going live quite often and interacting with fans.

I am a very regular guy who enjoys this fun banter on social media. It’s always good to interact with fans. Also, I think showing my real side has also helped me connect with them in a better way.

Created by Apoorva Lakhia, Mum Bhai will start streaming from November 12 on ALTBalaji and ZEE5.