Anushka Sharma's Father's Day post is an ode to not only her father but also her husband and Indian cricketer Virat Kohli, who embraced fatherhood earlier this year. 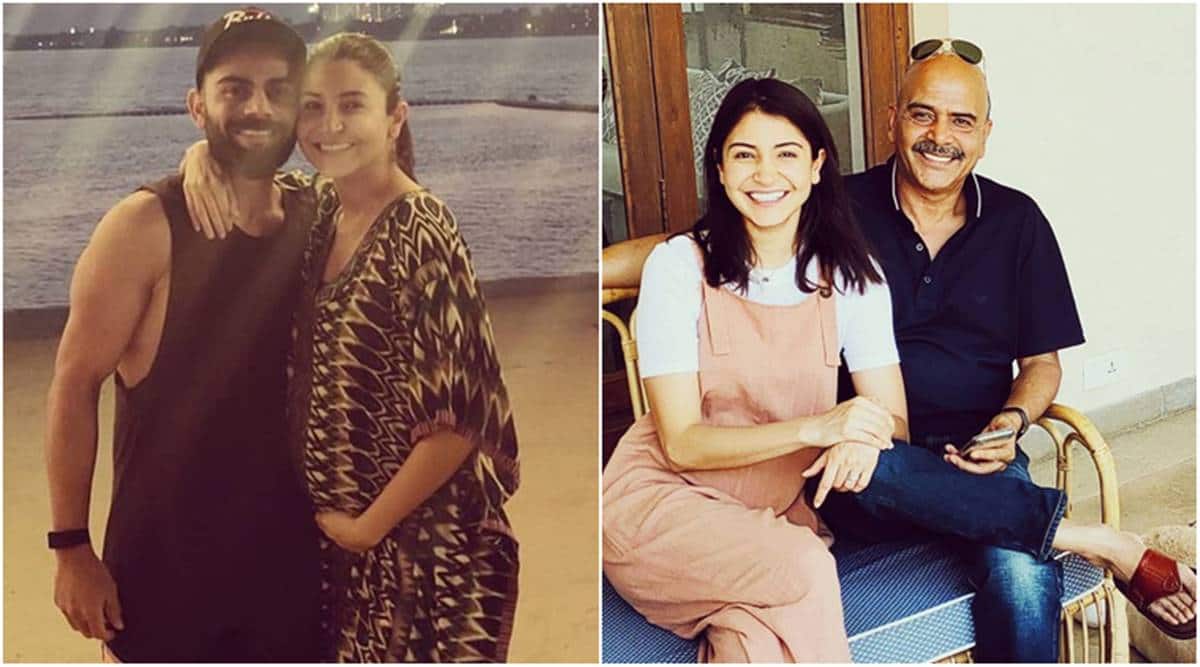 Anushka Sharma and Virat Kohli embraced parenthood earlier this year. Today, Father’s Day, marks Virat’s first celebration of being a father. In an Instagram post, Anushka shared how her father and Virat, both are “the best father a daughter can have.” She also credited the two for understanding her the best way and tagged them as the “most exemplary men.”

Sharing two beautiful clicks of herself with her father Ajay Kumar Sharma and Virat Kohli, Anushka wrote, “The two most exemplary men. The two who ‘get me’ 💯. Filled with bountiful of love and grace. The best fathers a daughter can have ❤️👨‍👧#happyfathersday.”

Anushka and Virat welcomed their daughter Vamika on January 11. The couple and their little one are currently in England for the World Test Championship series.

Earlier, Virat shared how a child is not just dependent on a mother but also on a father. Sharing how life has been since Vamika’s birth, Virat told Danish Sait in a chat that things change “quite drastically.”

“Everything you have been used to changes. You have to be totally aligned with taking care of another life that’s totally dependent on the mother primarily, but also dependent on the father. Both parents taking care of the child is a different environment altogether and something that we both (Anushka and him) have enjoyed thoroughly,” he said.

Later, during an Ask Me Anything session on Instagram, Virat opened up on why the couple has decided to keep Vamika away from social media. “We have decided as a couple to not expose our child to social media before she has an understanding of what social media is and can make her own choice,” he said in response to a question.