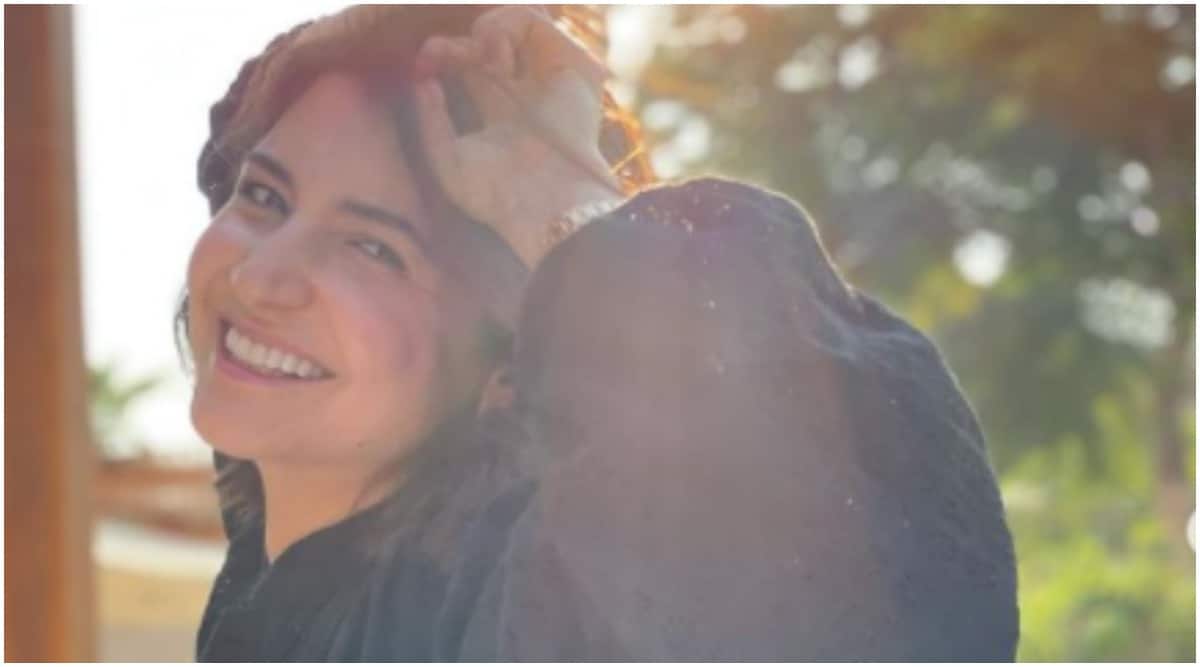 Actor Anushka Sharma has shared new pictures of herself posing in the bright sunshine. On Friday, she took to Instagram to share the photos, and wrote in the caption, “Sun was shining, weather was sweet, made me wanna pose, to post some of these…. Forgot the lyrics to this song,” adding an upside down smiling face emoji.

Anushka’s husband, cricketer Virat Kohli, reacted to the post with a bunch of red heart emojis, which he posted in the comments section. Anushka’s pictures also drew reactions from actors Sonali Bendre and Dia Mirza, as well as filmmaker Anvitaa Dutt. The pictures showed Anushka wearing a black outfit, smiling as brightly as the sun above her. In just over five hours, the post has been ‘liked’ over 1.5 million times.

Anushka Sharma has been on an acting sabbatical for three years now, and has yet to announce her next film. She was last seen on screen in 2018’s Zero. Anushka has, however, been busy as a producer, via her Clean Slate Filmz banner. She has co-produced the Amazon Prime Video series Paatal Lok and the Netflix fantasy film Bulbbul. She will reunite with Bulbbul director Anvitaa Dutt on the upcoming Qala, which serves as the acting debut of Babil Khan, the son of late actor Irrfan.

During her time away from the big screen, Anushka has welcomed her first child with Virat—a daughter named Vamika. The couple have ensured that Vamika isn’t exposed to public scrutiny by requesting mediapersons from not publishing unauthorised pictures of their daughter.

During an AMA session on Instagram earlier this year, Virat was asked to reveal Vamika’s face, and he took the opportunity to explain their decision. He replied, “Vamika is another name for goddess Durga. No, we have decided as a couple to not expose our child to social media before she has an understanding of what social media is and can make her own choice.”