Three Monkeys will mark the comeback of Abbas-Mustan to direction. As per reports, Arjun Rampal's character is on the lines of Money Heist's The Professor. 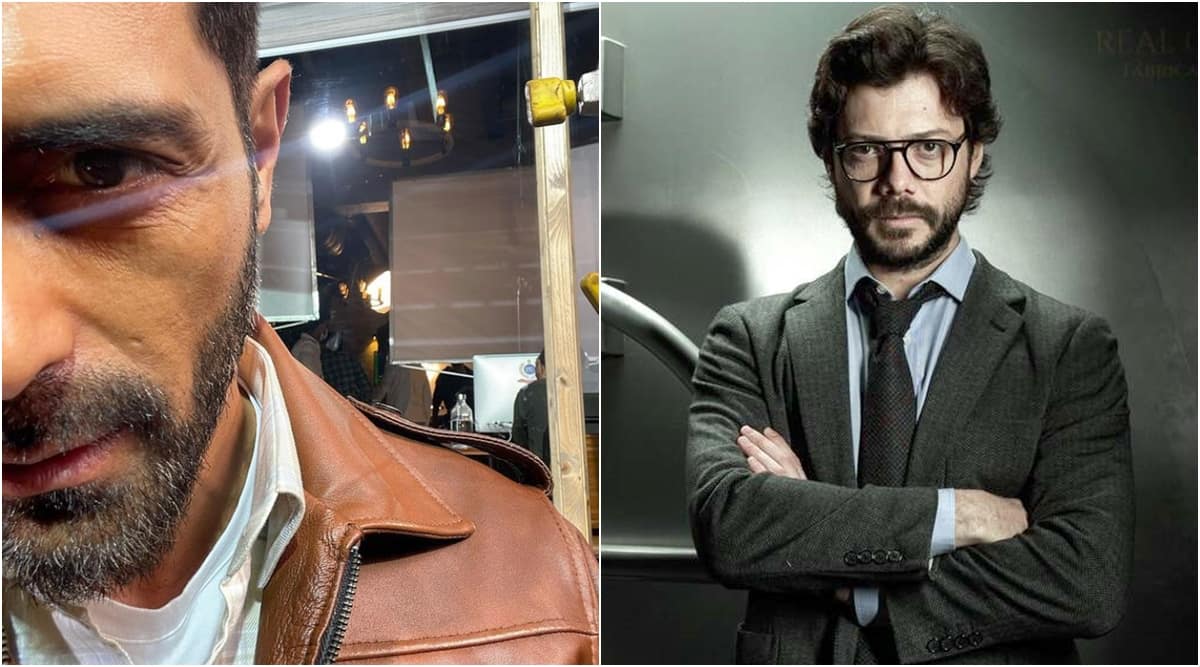 Arjun Rampal has hopped on to his next project titled Three Monkeys. The actor, who recently wrapped up Dhaakad, revealed on Monday that he’s back on sets. But this time, things seem more interesting.

As per reports, Arjun’s character in Three Monkeys in on the lines of Netflix show Money Heist’s main lead, The Professor. The film is being helmed by director duo Abbas-Mustan, who have been the brains behind some of Bollywood’s most popular thrillers like Khiladi, Baazigar, Soldier, Ajnabee, Aitraaz, Humraaz, Race, and more.

Sharing a selfie from the sets, Arjun wrote on Instagram, “Lights camera action. On set again. A new journey begins. #ThreeMonkeys #abbasmustanhusain #Mumbai #filmset.” On can see the actor’s face partially along with some lights and props on the set. Several fans wished Arjun in the comments’ section with many lauding his casting in a role like The Professor.

Three Monkeys will mark the comeback of Abbas-Mustan to direction. Their last outing was Machine in 2015, which also launched Abbas’ son, Mustafa in Bollywood.

Pinkvilla recently quoted a source saying, “Arjun Rampal’s character is on the lines of Professor from Money Heist, whereas Mustafa along with two other actors will be playing the robbers. All the three robbers, alongside the Professor will have a unique dimension, with all working together for a hidden motive of personal gains. Abbas Mustan have been a master at adapting international thrillers and in the same way, they have brought in their own flavor to the narrative of Three Monkeys.”

Spanish crime drama La Casa De Papel, which streams on Netflix with English subs as Money Heist, is set to get an official Korean adaptation soon. And while there have been speculations about its Indian version too, fans have already picked their favourite Bollywood stars to get into the shoes of the original show’s main gang of robbers. Though an an official announcement is still awaited on the same.

Money Heist is currently in its fifth and final season. Its second part will release on the streaming platform on December 3.