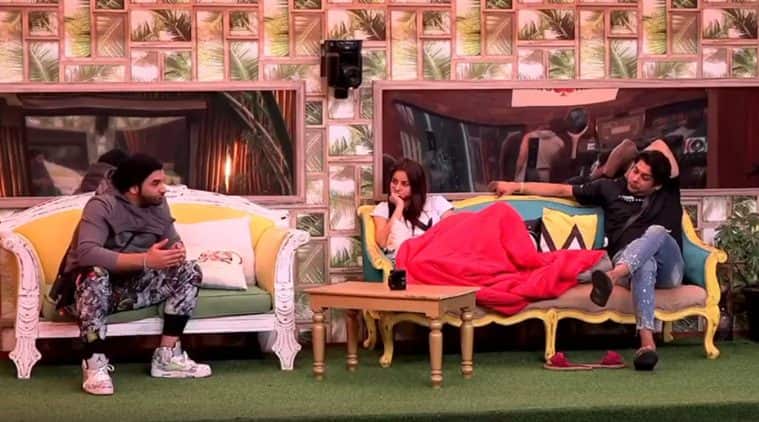 Bigg Boss 13 is nearing its finale but that is not stopping the housemates from breaking rules or ruining tasks. Earlier this week, we saw Bigg Boss giving the Elite Club members – Sidharth Shukla, Asim Riaz and Rashami Desai – a chance to offer immunity to any one contestant among Shehnaaz Gill, Paras Chhabra, Arti Singh and Mahira Sharma. However, as the task proceeded, Paras, who was out of the task as announced by Rashami, broke the props and tried to stop the task. Bigg Boss made sure to keep the task going on by replacing the props. But as none of the contestants could survive, the non-Elite Club members lost the chance to win immunity.

In Friday’s episode, the Elite Club members were yet again given a chance to save one among the other four nominated contestants. While Sidharth sided with Paras, Asim and Rashami gave their support to Arti and Shehnaaz, respectively. Asim tried hard to convince Sidharth to save Arti.

Later, the audience witnessed Asim instigating Arti and Shehnaaz against Sidharth. Asim and Rashami also blamed Bigg Boss for being biased towards Shukla. However, despite Bigg Boss’ multiple warnings, the three got involved in the task aggressively.

The task will continue in Saturday’s episode. We will also see Shehnaaz confronting Sidharth about how he has never supported her in the game while he had her moral support.

Follow us on Telegram for the latest Entertainment news

Follow all the live updates on Bigg Boss 13 here.

“Only #ParasChhabra deserves to win.He is the most UNDERRATED contestant of #BiggBoss history. #ParasChhabra has been demotivated many times without any reason but still he has stood out than others and come this far. Never give up #ParasChhabra. We are with you,” @useravijit tweeted.

While Asim, Sidharth and Rashami are safe this week, Arti, Paras, Mahira and Shehnaaz are nominated.

Vishal Aditya Singh was recently evicted from Bigg Boss 13. Post elimination, he told indianexpress.com, “I am a very emotional person, and people who are close to me do affect me, in some way or the other. With Madhurima, I think there were too many unnecessary fights, which I think we could have avoided. I hold myself responsible for this because I knew what kind of a person she is. I should have kept the distance and concentrated more on my game. I shouldn’t have tried to sort things out, which unfortunately turned worse.”

WE Hub backing for 500 women entrepreneurs