All is not well between contestants Raqesh Bapat and Shamita Shetty in Bigg Boss OTT, which is streaming on Voot. 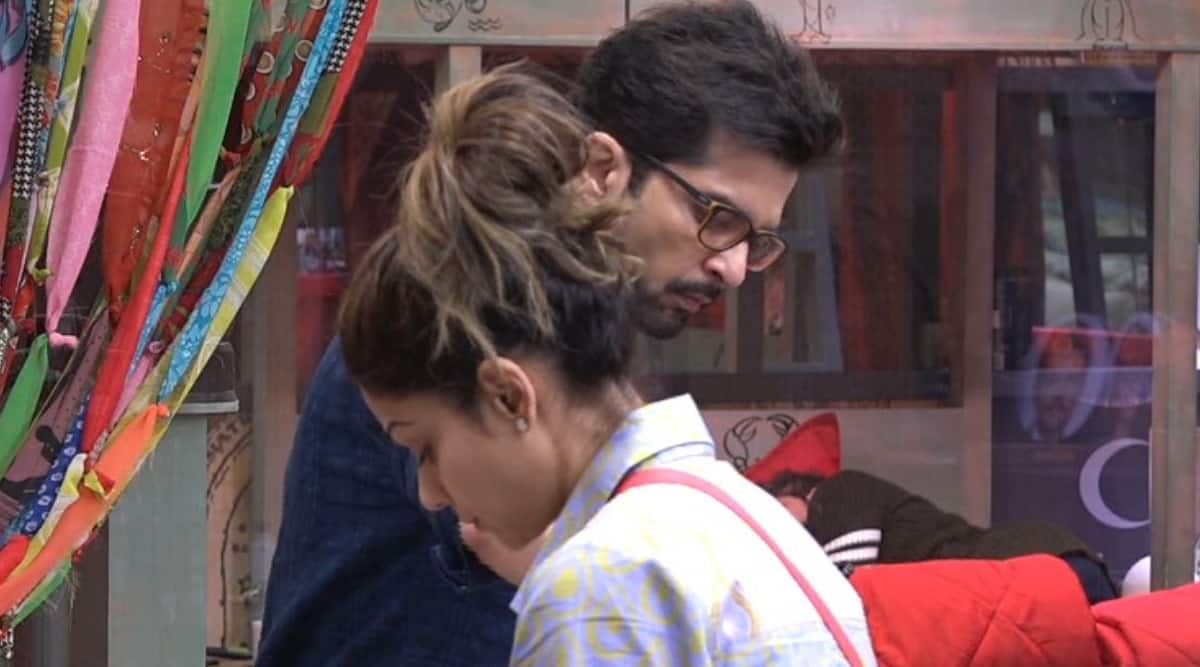 There seems to be trouble in Bigg Boss OTT contestants Raqesh Bapat-Shamita Shetty’s paradise. After fighting with Shamita over her ‘tone’, Raqesh, earlier in the day, confessed that being around her is affecting both of them. On the other hand, the Mohabbatein actor also opened up about her friendship with Raqesh and cited her past for her being over-emotional about her loved ones.

As per the live feed, in a chat with Neha Bhasin, Shamita shared that her first boyfriend died in a car accident, leaving her shattered. Since then, she has become more possessive and emotional about the people she loves. She added that her emotions might have caused the differences in her friendship with Raqesh.

Earlier in the day, Raqesh too spoke to Neha about his changing equation with Shamita. Raqesh revealed that he feels that because of him, Shamita is suffering, and it’s also affecting her health. Being a good friend, Neha tried to sort things between them and asked Raqesh to have a heart-to-heart talk with Shamita. But, the two have been trying to avoid each other since yesterday.

Recently, while speaking with Neha Bhasin, Shamita Shetty had even confessed that there is a mutual liking between her and Raqesh Bapat. In a teaser shared by Voot, Neha asked her, “Do you like each other?” To which Shamita replied blushingly, “It’s so obvious that we do, right? He’s lovely but I find him very confused.” She added, “I am someone who is not confused. When I take a decision, I stand by it.”

While Shamita Shetty and Raqesh Bapat have been inseparable in Bigg Boss OTT, his growing friendship with Divya Agarwal has become a bone of contention between them. Yesterday, when Raqesh spoke about winning Divya’s trust, Shamita warned him against trusting her, but he snapped back, “You don’t have to react this way all the time.” He also accused Shamita of ‘demeaning’ his thoughts, and when she fought back asking him how, he said, “You are, watch your tone of voice when you are talking to me.”

Even on Sunday Ka Vaar episode, the two indulged in a fight. While chatting with host Karan Johar, Nishant Bhatt had mentioned how he doesn’t like the way Shamita treats Raqesh. Later, Shamita lost her calm at Raqesh for not defending her in front of other housemates. She angrily told him, “You keep quiet, haan. He will keep saying things about my relationship with you and how I am dominating you, you keep quiet. I will keep defending myself only always.”

Raqesh Bapat has been vocal about his fondness for Shamita Shetty and has even mentioned he feels a ‘sense of belonging’ with her. With about two weeks remaining for the finale, only time will tell if the two will manage to revive their friendship or not.

Earlier this week, Bigg Boss announced that contestants will be now be playing the game as individuals rather than connections. This week, Shamita Shetty, Raqesh Bapat, Neha Bhasin, Pratik Sehajpal, Moose Jattana, Nishant Bhatt and Divya Agarwal are nominated for eviction.