Bin Bajawa Sapera 2 actor Pawan Singh is currently the most popular star in the Bhojpuri film industry. He shot to fame with the song "Lollypop Lagelu" in 2008. 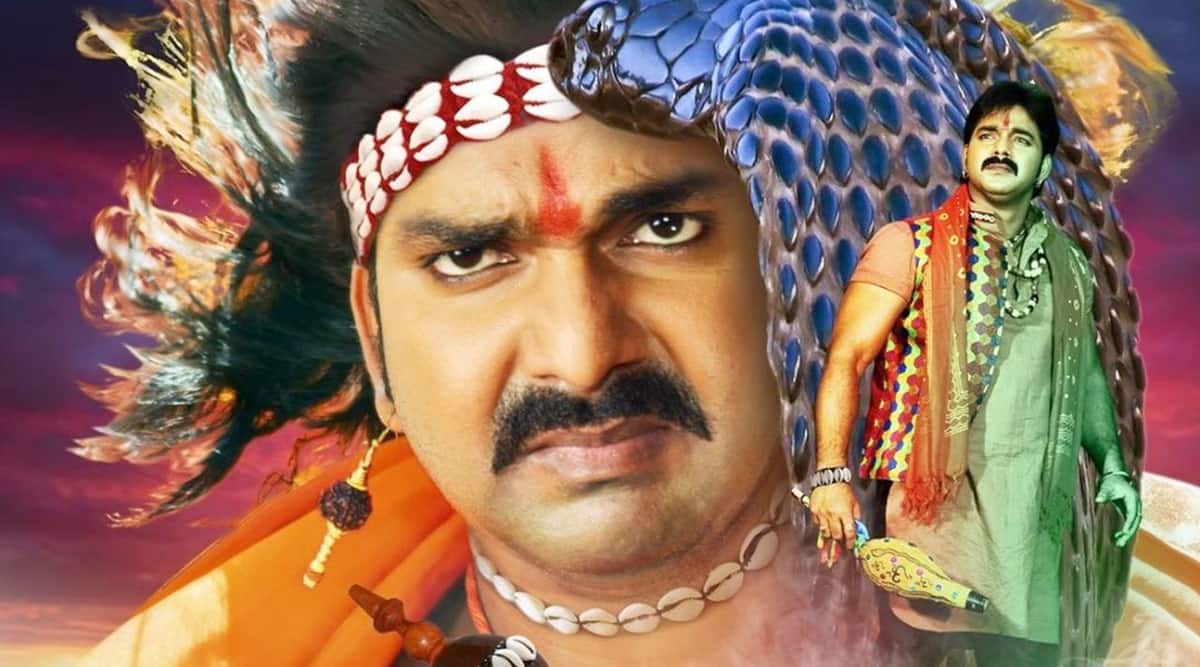 The first look of Bhojpuri actor Pawan Singh’s upcoming film Bin Bajawa Sapera 2 is out. The makers unveiled the poster on Sunday, much to the delight of fans. The new film, which will go on floors soon, is a sequel to the 2016 hit movie Bin Bajawa Sapera.

Bin Bajawa Sapera 2 has been directed by Ritesh Thakur and produced by Neha Shree Entertainment. At the launch event, Ritesh revealed that the movie’s plot revolves around snakes. He added that the makers decided to release its poster even before shooting Bin Bajawa Sapera 2 so that fans do not have any confusion about the look of Pawan Singh and the mood of the film.

Pawan Singh is currently the most popular star in the Bhojpuri film industry. The actor-singer hails from Arrah city in Bihar. He entered the entertainment industry with his song “Odhaniya Wali” that was released in 1997. After working on several Bhojpuri pop albums, he made his acting debut with the film Rangli Chunariya Tohre Naam (2007).

He shot to fame with the album and song “Lollypop Lagelu” in 2008. His first Hindi song came in 2020 titled “Kamariya Hila Rahi Hai”.

Pawan Singh has films like Pratigya (2008) with Nirahua, Devra Bada Satawela (2010) with Ravi Kishan, Sarkar Raj (2017) with Monalisa and Maine Unko Sajan Chun Liya (2019) with Kajal Raghwani to his credit.