‘I lived on the streets, paid Rs 10 a night just to sleep in stations…’
‘These experiences were necessary for my journey.’

Now, he awaits the third season of the comedy drama.

“Season three will be bigger and better!” he promises. “You should expect a lot of laughter and crying. The amount of love we are getting for the show, that’s the reason we are our putting in a lot of hard work. Only when a show clicks can we make eight or 10 seasons.”

Interestingly, Faisal grew up in a village that is about 100 km from the village of Mahodiya, Madhya Pradesh, where Panchayat was shot.

His father worked in the irrigation department in Allahabad (now Prayagraj) while his mother was a teacher in an Urdu school.

Faisal was not inclined towards studies, and felt that acting could be a shortcut to earn money.

So he told his older brother that he would go to Mumbai and join an acting class.

When he came to Mumbai at the age of 22, he realised it was a different world altogether. 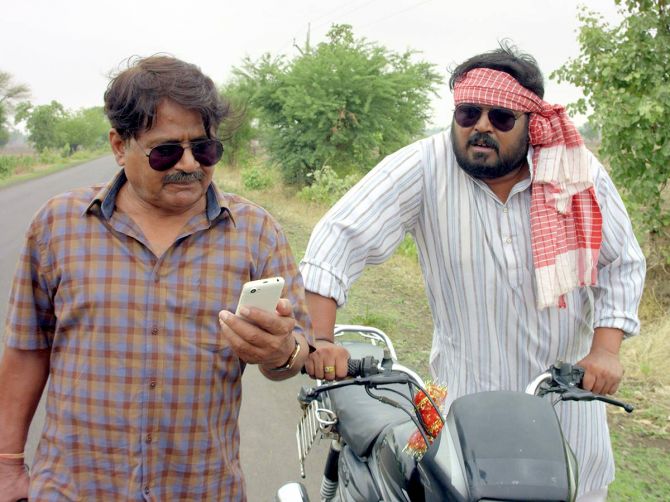 “It is not easy to become an actor. You need a steady financial background, so I gave up on acting and started looking for a job.”

The first year was the toughest.

His family would send him money, but he felt embarrassed to ask. So six months after reaching Mumbai, he stopped asking for money from home.

“It was not easy. I lived on the streets, paid Rs 10 a night just to sleep in stations… But I don’t want to talk about my struggle. These experiences were necessary for my journey.”

Singer Kailash Kher gave Faisal his first job, and he started working for a channel. He would work by day, and learn editing by night.

After six months, he started editing promos for shows.

Then he moved to the Sahara Channel and later, Zee Cinema, as a promo producer. That’s when he started getting a steady income.

Faisal took up whatever work he got; he was sometimes an assistant director, a line producer or an editor.

He started working in reality shows, the first being Fame Gurukul.

After working in a couple of reality shows, a friend told him about an international reality show that was being shot in India, The Amazing Race, which would be telecast on AXN. He worked in it through four seasons.

He went on to do international shows like World’s Toughest Trucker and Ice Road Truckers: Deadliest Roads.

Working with an American crew earned him a lot of money.

“When you work for foreign companies, you know your worth. In India, production work is a thankless job. Everybody keeps yelling at you. But there, I was treated well and kept in good hotels,” he says.

Faisal had made friends in Mumbai, and through them, he met Anurag Kashyap.

“I lived in Aaram Nagar (Andheri, northwest Mumbai), where his office was. Anurag sir was making films while I was working for television. One day, I told him I wanted to become a producer,” says Faisal, who had, by 2009-2010, started producing news shows like Walk The Talk.

Anurag and Faisal started a company together and developed a show for Star TV.

While Anurag moved on, Faisal produced shows for MTV.

Later, his wife Kumud Shahi joined his production house, and they made films like Saat Uchakkey, Revolver Rani and Main Aur Charles.

Eventually, Faisal took break from producing shows as they were very time-consuming.

That’s when he got into acting.

Anurag Kashyap was shooting for Gangs Of Wasseypur in Varanasi and he requested Faisal to join him on the production.

“Since I was free at that time, I went for that one schedule of Gangs Of Wasseypur. That was the day they were shooting the slaughter house scene.”

The actor, who was supposed to play Inspector Gopal Singh in the slaughter house, fled after looking at the place.

Anurag’s sister Anubhuti Kashyap, who was an associate director on the film, asked Faisal to change into a police uniform because they had the location in hand only for four hours.

Since there was no choice, Faisal immediately changed.

After the day’s shoot, Anurag revealed to him that it was a long role.

“Everyone on the sets of an Anurag Kashyap film gets to act,” Faisal says. “Every morning he would call out, ‘Kissne kissne acting nahi ki hai, chalo kaam shuru karo (Who hasn’t acted yet? Come, start now)’. Earlier, the budget for the film was so low, there was no money to hire extra actors. In Wasseypur, everybody acted — from the spot boy to the driver.”

But Faisal was not interested in acting after Wasseypur, so he returned to his production company.

“I have never approached anyone for a role. Friends would offer me roles, and I would do them,” he says.

“Just after Wasseypur, I was offered eight cop roles! I refused most, but I took up Fraud Saiyaan and Black Widows because the directors were my friends.”

“I wasn’t sure about taking it up because I was not sure whether I could pull off the role. But they convinced me. Plus, the show was well written. It is very tough to write comedy, so I agreed,” Faisal says.

The rest, of course, is history. 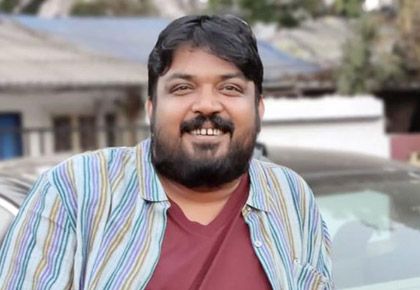