Once Upon a Time … in Hollywood, which opens in U.S. theaters on July 26, has been met with largely good reviews in Cannes, with critics calling it a nostalgic ode to a bygone Hollywood. 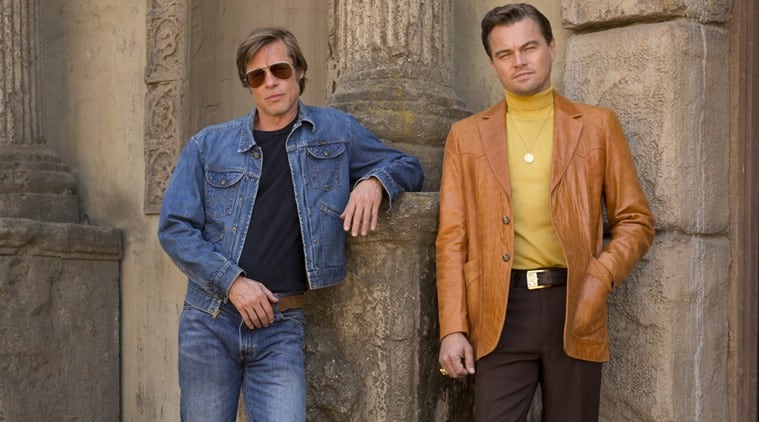 Brad Pitt and Leonardo DiCaprio said they forged a “cinematic bond” making Quentin Tarantino’s “Once Upon a Time a Time … in Hollywood,” while Tarantino bristled at the suggestion at the Cannes Film Festival on Wednesday that Margot Robbie’s Sharon Tate isn’t primary enough in the film.

“Once Upon a Time … in Hollywood” made its splashy premiere Tuesday evening at Cannes, 25 years after Tarantino’s “Pulp Fiction” debuted at the French Riviera festival, where it went on to win the Palme d’Or. Tarantino’s latest is about an actor (DiCaprio) in TV Westerns and his stunt double (Pitt) in 1960s Los Angeles, set against the backdrop of the Manson family murders.

It’s the first time DiCaprio and Pitt have made a feature together, though the two co-starred in a 2015 short directed by Martin Scorsese. They both suggested it might not be the last.

“There was an incredible ease and comfort getting to work alongside Brad. We kind of grew up in the same generation, got our start around the same time,” said DiCaprio. “We together forged, hopefully, a great cinematic bond in a film about our industry together.”

Pitt concurred. “It’s that thing of knowing you’ve got the best-of-the-best on the opposite side of the table holding up the scene with you,” he said. “I hope we get to do it again.”

The anticipation and glamour of “Once Upon a Time … in Hollywood” brought a frenzy unlike anything else has to this year’s Cannes. Festival artistic director Thierry Fremaux had desperately sought its inclusion. The film was a late addition after Tarantino was able to finish post-production work in time.

The stakes have been high for Sony Pictures, which gave Tarantino a $95 million budget to make what DiCaprio called “his love letter to the industry.” On Wednesday, Sony Pictures chief Tom Rothman sat front row as Tarantino and his cast spoke to reporters.

Tarantino was made a free agent in Hollywood after the downfall of his regular producer, Harvey Weinstein. The director has previously acknowledged knowing about some of the accusations against Weinstein for years, saying: “I knew enough to do more than I did.”

Tarantino made no mention on Wednesday of Weinstein or the controversy last year involving Uma Thurman. The actress said an unsafe stunt on “Kill Bill” left her neck and knees permanently damaged. Tarantino later apologized, calling the incident “the biggest regret of my life.”

He was, though, asked about his feelings toward director Roman Polanski, who was Tate’s husband at the time of the Manson family murders. Played by Rafal Zawierucha, Polanski is seen only sparingly in “Once Upon a Time … in Hollywood.” Tarantino previously defended Polanski for having sexing with a 13-year-old girl, telling Howard Stern in 2003 that she “wanted to have it.”

On Wednesday, Tarantino said only that he’s a deep admirer of Polanski’s “Rosemary’s Baby.” He said he didn’t consult Polanski on the new film.

The tensest moment for Tarantino came when a New York Times reporter asked why an actress as talented as Robbie had relatively few lines in the film. Robbie’s Tate is largely a side narrative in the movie, which focuses on her fictional neighbors (DiCaprio and Pitt).

“I just reject your hypotheses,” Tarantino retorted curtly. Robbie gave a fuller defense, calling her Tate “a ray of light.” She said Tarantino referred to her character as “the heartbeat of the story.”

“The moments that I got gave the opportunity to honor Sharon,” she said. “I did feel like I got a lot of time to explore the character even without dialogue, specifically.”

When another reporter asked Tarantino if he ever had any hesitation about turning a real-life tragedy into a movie, he replied, simply: “Um, no.”

“Once Upon a Time … in Hollywood,” which opens in U.S. theaters on July 26, has been met with largely good reviews in Cannes, with critics calling it a nostalgic ode to a bygone Hollywood.

Asked if he would have rather made movies in 1969 than now, Tarantino said: “I prefer any time before cell phones.”