‘I have the qualification every actor would love to have: A Buddhadeb actor.’

Nawazuddin Siddiqui feels privileged to have worked with Buddhadeb Daspupta in one of the director’s final films.

“When he offered Anwar Ka Ajab Kissa to me, I accepted it without a second thought,” Nawaz tells Subhash K Jha.

“It isn’t every day that one gets a chance to work with a director with such a unique vision. Buddhada was one of the film-makers I respected the most as I studied to be an actor at the NSD. His films like Andhi Gali and Tahader Katha are classics of modern cinema.”

On receiving the offer to play the titular role in Anwar Ka Ajab Kissa, Nawaz says, “It was Buddhada and it was in Hindi. He hardly made films in Hindi. I can only remember Pawan Maholtra in Bagh Bahadur. I quickly said yes. No money was discussed. There are some films that one does for just the satisfaction of being an actor.”

“Mithunda did hardcore mainstream Hindi cinema and still found time to do Buddhada‘s Tahader Katha and Kaalpurush. The satisfaction of working with a director like Buddhada is priceless.” 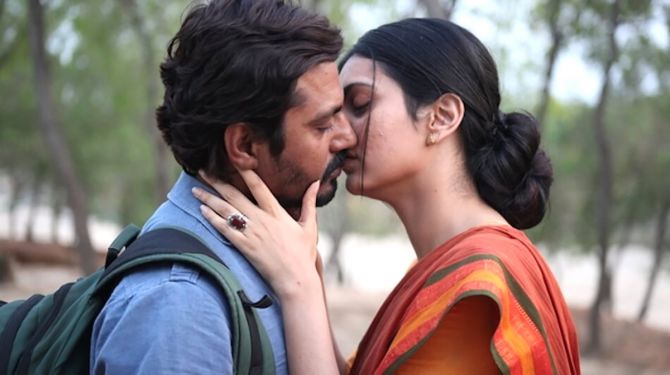 “He did these long trolley shots, really lengthy shots, where he captured characters simultaneously in long-shots and close-ups. The end-result was unique. I have never seen anything like it,” he says.

After Anwar Ka Ajab Kissa was complete, Nawaz met the director when he came to Mumbai to sell the film.

“Back then, there were no buyers for a film like Anwar Ka Ajab Kissa. Thank God for the OTT platform, people were finally able to see this extraordinary film last year.” 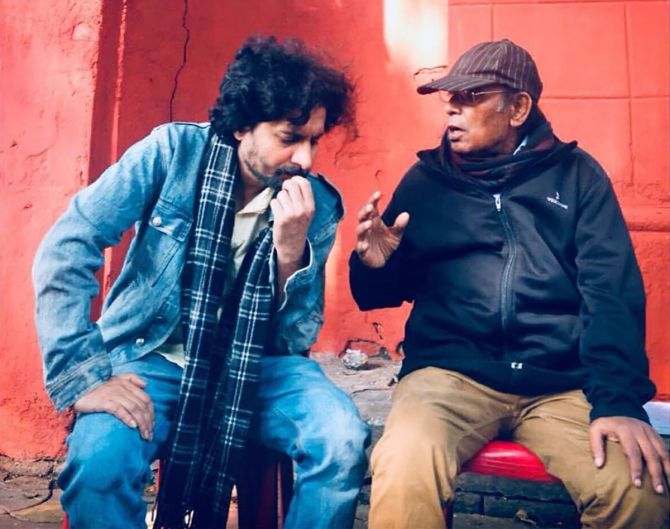 Actor Chandan Roy Sanyal adds, “Buddhada was pivotal in my life. I had the greatest honour of doing his last two films Tope and Urojahaj and was supposed to do his next too.”

“I grew up watching his films in a Bengali household in Delhi. He was a film-maker in league with the greatest in Bengal. I have no words to describe his loss and how his presence shaped me as an artist. I have the qualification every actor would love to have: a Buddhadeb actor.”

Chandan posted on Instagram: ‘Sorry I am at loss of words and have not been able to talk to anyone.

‘I grew up watching his films in Delhi when I was a kid at various film festivals and on Doordarshan. These films included Bagh Bahadur, Uttara, Tahader Kotha and many others. Mithun Chakraborty in Tahader Katha was beyond extraordinary and the film and his performance won a National Award. Before I became an actor, I was the film-maker’s fan.

“For a regular Bengali, Buddhadeb was the god of cinema and he leaves behind a great legacy of films. He was in a league of his own. Not in my wildest dreams could I have imagined that at some point in my career, I would actually get to work with him and fortunately or unfortunately I would get to star in his last works and he wanted to make another one with me.’ ‘He was a poet and he had a certain way of explaining a scene. He was a tough director and a man of perfection. He shot his films like he was a poet.

‘When I did his film Urojahaj, I was with him for a month-and-a-half. He directed the film on a wheelchair. His kidneys were failing and he was on dialysis. Yet, he made it to the shoot every day and completed the film. I found it amazing. What a will power! He meant to make yet another film with me, which never happened.

‘The greatest trophy for me is that after we finished shooting Urojahaj he told me, “Chandan, you deserve an award for this and you have outperformed my expectations” which was rare in his dictionary.

‘I bid him farewell. I think he shaped me as an artist and deflected me to another orbit. I will miss you Buddhada. In debt for the art you taught me over the last 4 years. Farewell sir!’ 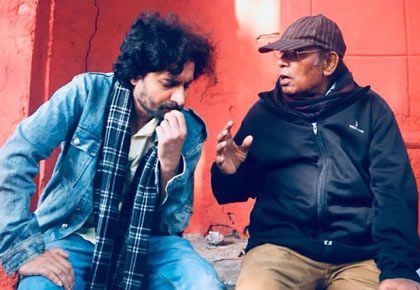