Not sure what to watch? This weekend, we give you 10 titles to choose from across languages and genres. The audience is set to get spoiled for choices this week with several titles across genres, languages and platforms. While Bollywood rules with two major releases – Bunty Aur Babli 2 and Dhamaka, Kristen Stewart’s turn as Princess Diana in Spencer is winning hearts too. Down south, Malayalam release Churuli is out too.

Bunty Aur Babli 2 brings back Rani Mukerji reprising her Babli from the original. The film however has Saif Ali Khan replacing Abhishek Bachchan as Bunty. Actors Siddhant Chaturvedi and Sharvari Wagh are the new additions to the cast. Dhamaka, on the other hand, is Kartik Aaryan’s release after almost two years. Directed by Ram Madhvani, this newsroom thriller was shot in 10 days soon after the lockdown was lifted last year.

Some OTT releases this week include Wheel of Time and Tiger King Season 2, apart from the Hollywood film Ghostbusters Afterlife. Before you make the choice, here’s a list of top picks to watch. Starring Rani Mukerji, Saif Ali Khan, Siddhant Chaturvedi and Sharvari the crime-drama brings back the original cons pitted against the new generation Bunty and Babli. Trade analyst and producer Girish Johar told indianexpress.com, that he was certain the second film would have a ‘decent’ opening weekend, despite the pandemic. The Indian Express’ film critic Shalini Langer gave it a 2.5 star rating. She wrote in her review, “The film comes alive in parts. Especially between Saif and Rani, who are trying to kindle the old Bunty-Babli spark; between the two Buntys and Bablis as they try to outsmart each other; and between the lines when it surprisingly veers into political territory.” Kartik Aaryan starrer Dhamaka has been directed by Aarya fame Ram Madhvani. The film features Kartik in the role of a news anchor who will go to any extreme to get back his prime time anchoring slot and TRPs for his channel. But his life goes for a toss when a bomber calls him during a live radio show. He asks him to call a minister and tell him to apologise for an incident that left his family in shambles, otherwise he’ll blow up the Bandra-Worli Sea Link, in Mumbai. The film also stars Mrunal Thakur, Amruta Subhash and Vikas Kumar. The Indian Express’ film critic Shubhra Gupta wrote, “Everything that’s happening on screen feels contrived and improbable. None of the ‘breaking news’ situations, none of the tragedy unfolding on the damaged bridge, none of the rapid-fire action happening within the newsroom, feels real. The whole film feels like a set. And everyone feels like they are acting out set-pieces.” Filmmaker Pablo Larrain’s feature film Spencer has Hollywood actor Kristen Stewart in the role of Princess Diana. The movie focuses on three turbulent days in the life of Diana during the Christmas of 1991 where she and her family stayed at Sandringham, a well known royal tradition, and how it changed the course of her life forever eventually leading to her death. The official synopsis reads, “Over Christmas Eve, Christmas Day and Boxing Day, Diana realises that her marriage is breaking down and doesn’t want to be the future queen. Spencer also stars Jack Farthing, Timothy Spall, Sean Harris, and Sally Hawkins. Shalini Langer in her review for The Indian Express wrote, “Shot poignantly and breathtakingly by director Lorrain (Jackie), it is bathed with sadness and a growing feeling of dread about a young woman on the edge.” Churuli is a sci-fi thriller set in a hilly backdrop. It tells the story of two undercover police officers who embark on a search of a wanted criminal but get trapped in a terrifying time loop in the village of Churuli as eerie mysteries unfold. The film stars Chemban Vinod, Joju George, Vinay Forrt and Jaffer Idukki in pivotal roles. Manoj Kumar in his 3 star review for The Indian Express wrote, “Lijo Jose Pellissery has done a beautiful job of visually imagining the mysterious maze laid down by screenwriter S. Hareesh. Cinematographer Madhu Neelakandan has explored the picturesque scenery of Churuli from various and vivid angles, giving us a pleasant viewing experience.” 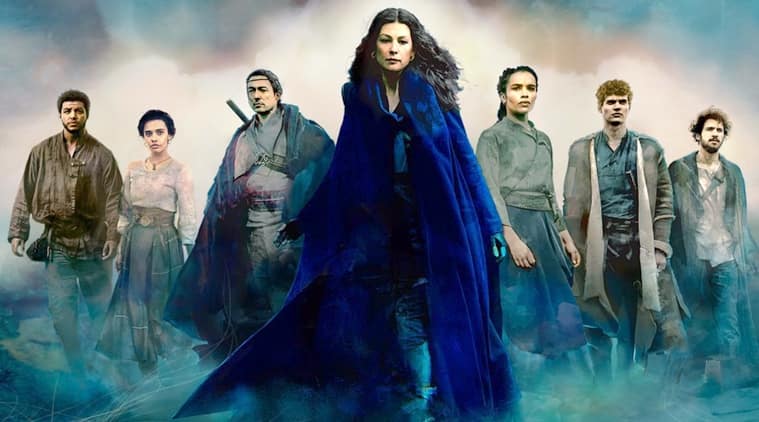 The long-in-the-works show is based on Robert Jordan’s bestselling novels Wheel of Time, which is set in a world where magic exists and only certain women are allowed to wield it. From its trailers, the series, starring Rosamund Pike in the lead role, looks like a strong competition to HBO’s Game of Thrones. The basic premise of the series is about the eternal conflict between forces of good vs evil. An ancient hero called Dragon Reborn ultimately fights the Satan equivalent called Shai’tan in the final battle. Ektaa Malik in her review wrote, “While Game of Thrones was racy, graphic and intriguing, all of them making it an addictive heady mix — one often felt that the show was on acid, with the many twists and turns, WOT feels like a show that’s taken a downer like Xanax. Fantasy on Xanax is not a mix that goes down well.” Ghostbusters Afterlife is a sequel to the original films which hit screens in the 1980s. This one marks the fourth installment in the Ghostbusters franchise. The premise here is neatly established as a single mother, played by Carrie Coon, moves to a small town with her two teenage children, played by Finn Wolfhard and Mckenna Grace. The family moves into their late grandfather’s house, and the teenagers find some equipment that leads them to his mysterious past. Ghostbusters Afterlife has an overall positive rating on Rotten Tomatoes — 66 per cent. However, even its positive reviews veer towards mixed territory. 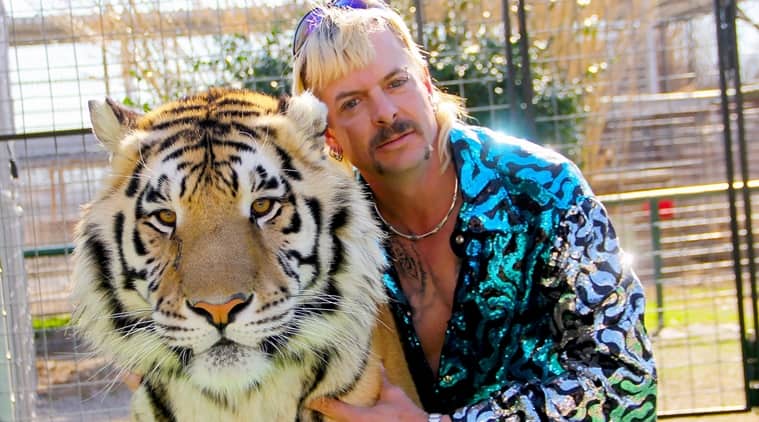 Tiger King 2 is the follow-up season of 2020’s hit docuseries Tiger King, and consists of five episodes. It takes the story of Joe Exotic forward. He’s now in federal prison, convicted for multiple charges of animal cruelty and hiring someone to kill Carole Baskin. Directors Eric Goode and Rebecca Chaiklin return to helm the series. Actors Pratik Gandhi, Saiyami Kher and Dayashankar Pandey have teamed up for Spotify’s podcast Gangistan that focuses on gang wars in Mumbai. Rohan Naahar in his review wrote, “There’s a slapdash, exposition-heavy quality to the writing that even an actor of Gandhi’s calibre can’t polish. Saiyami Kher, meanwhile, spends more time introducing the episodes than actually participating in the story.” The 1964 film Haqeeqat is possibly the first full-length Hindi war film that was made in the Indian film industry. From the opening titles, it is clearly stated that the film is dedicated to Jawaharlal Nehru so you know that this is the version that does not entertain any thoughts about the bad decision-making of the administration, or the lack of resources and manpower that the army faced while in combat. But despite those restrictions, director Chetan Anand made Haqeeqat as an ode to soldiers who fought until the very end, even when they were tasked with unrealistic goals. Crash won the Special Jury Prize in Cannes back in 1996, but as the story goes, director Francis Ford Coppola was so repulsed by what he had seen in Crash, that he did not want to hand over the award to David Cronenberg personally. There were campaigns in the UK to ban its release. In fact, the negative response was so enormous that later the filmmaker confessed the heat against it really took him by surprise.