The ace Kannada technician is looking forward to the release of ‘Talaq, Talaq Talaq’, ‘Taledanda’ and ‘Veera Madakari Nayaka’ as he has tried something new in each of the projects

Though he comes from a family of doctors, cinematographer Ashok Kashyap’s heart was captured by the camera. Starting from scratch, he trained at SJ Polytechnic College. “Started in 1942, it offered technical courses in direction, cinematography, editing,” recalls Kashyap.

He was bitten by the film bug when loneliness crept into his life during college. “I started watching movies in my free time and was mesmerised with every film I saw; especially the visuals. I started dreaming of getting into the world of cinema. The more I studied it, the more fascinated I became of it.”

His family initially disapproved as they felt Kashyap was going astray. “I convinced them that cinema is also a field of science. I remember telling my parents cinematography is a like photo chemistry!”

His first break came while at SJP. “Filmmakers would come to the institute looking for assistant cameramen. I was the only one who raised my hand believing that one should take every opportunity that comes.”

Soon Kashyap was assisting directors in the Kannada film industry. Before he ventured out as an independent cinematographer, he got a job as cameraman with Doordarshan. “In the 80s, when the DD was at its peak, I was offered great work and worked in DD-Kashmir, Delhi, Bhopal and finally Bengaluru. In my free time I made documentaries. I needed aerial shots for a documentary. The camera and recorder were separate pieces those days and I would tie the camera on my shoulder and the recorder on my back, take off on a hand glider and shoot!”

That documentary was seen by Real Star Upendra, who was so impressed with Kashyap’s work that he asked for him to be cinematographer for his famous film Shhh! Upendra wanted Kashyap to do a test shot, which he aced and got the job.

“Shhh! was shot in the Malnad region. It was thrilling to start my career with such a project. I felt the film was tailor-made for a cinematographer. The majority of the film was shot at night effect and gave me ample scope to show my creativity.”

The film went on to become a super hit and there was no looking back for Kashyap, who credits director D Rajendra Babu for encouraging him through his journey. Karulina Koogu, Sihi Muttu, Super Ranga, Uppi 2, Kaafi Thota, Bhuvana Jyoti, and Shaapa are some of the films he is known for. He even won the Karnataka State Award for best cinematographer for Shaapa in 2001.

Kashyap, with a few film technicians, made Ulta Palta based on Shakespeare’s Comedy of Errors. “The film did well. I directed and acted in the Tamil version, of this film, titled Ambuttu Imbuttu Embuttu.”

Kashyap has a word of praise for his childhood friend and classmate Rockline Venkatesh. “Today the three films that are close to my heart are Talaq, Talaq Talaq, Taledanda and Veera Madakari Nayaka. Talaq, Talaq Talaq won awards at film festivals. I have tried to give the film the look and feel of an Iranian film by working in desaturated colours where colours are neutral and not exaggerated. I have tried an experiment and am waiting for audience response.”

Taledanda is based on environmental issues. “For this film, I have tried for a realistic look. Sanchari Vijay has done an amazing job. He has a unique way of executing his role. Veera Madakari Nayaka with Darshan is so spectacular that it can only be a Rockline Venkatesh production. Many top stars from other industries are also a part of this film. I am going to try something new again for the film as I like to challenge myself.”

ALL turned a profit in Q4 on rise in volume 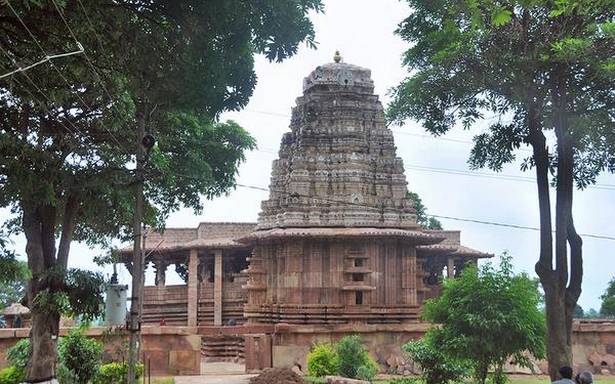