In Friends' episode The One With The Routine, Monica (Courteney Cox) and Ross (David Schwimmer) performed The Routine dance, a weird yet fun looking dance. Watch Cox reenact it with Ed Sheeran. 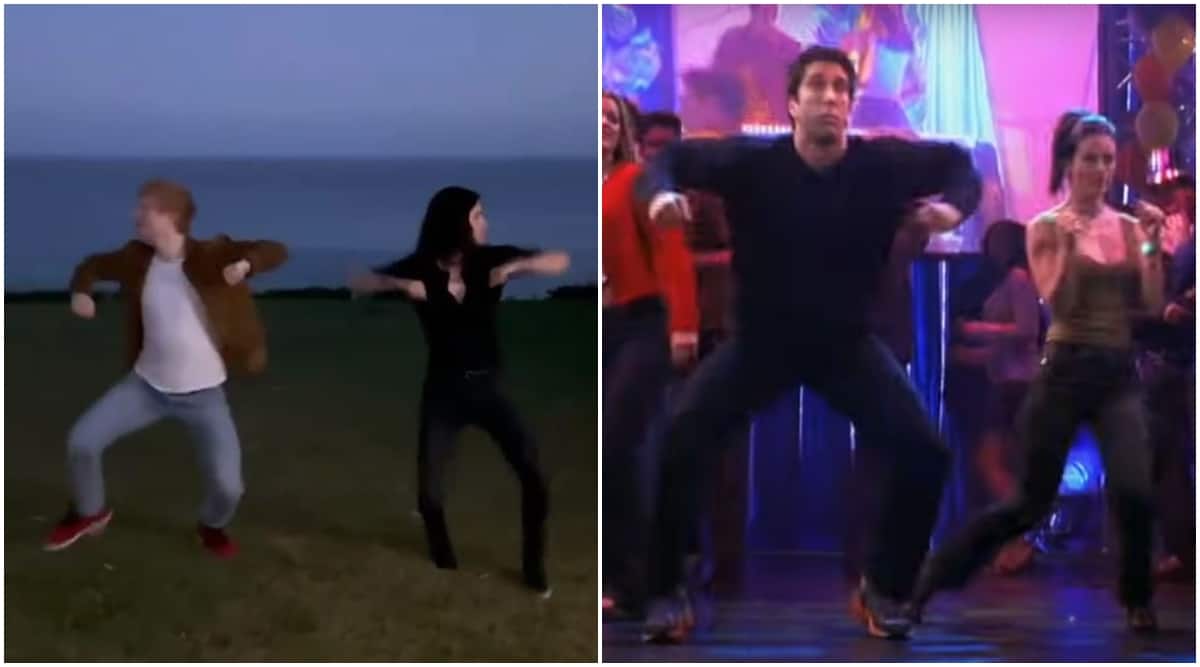 Many Friends fans complained that Ross and Monica’s ‘The Routine’ dance was not reenacted in the recently released special titled Friends: The Reunion. Well, fret not, for the Monica actor Courteney Cox and popular English singer Ed Sheeran have done exactly that for you.

Cox shared the video in which she and Sheeran are redoing the steps. Cox wrote in the caption, “Just some routine dancing with a friend… @teddysphotos #ReRoutine.”

Friends Reunion director Ben Winstow had told THR why ‘The Routine’ was not a part of the special episode, “I did say, ‘Would you ever consider doing The Routine?’ And both (Cox and Schwimmer) of them were like, “Oh, please don’t make us do that.” There were certain things I really cared for, like the table read or the quiz. I also couldn’t work out where it would have worked. I’m not sure it would have landed 20 years later. But it was definitely on my list of ideas that I pitched.”

Earlier, an unseen clip from the Reunion episode surfaced online. The clip, from The One Where Ross Got High episode, had Rachel (Jennifer Aniston) made a trifle that was really half trifle and half Shepherd’s pie.

After tasting it, David Schwimmer went on to utter, “This tastes like feet,” which has become a famous line and even a TV trope in which characters describe food by saying it tastes like things no person should know the taste of.

Meanwhile, Friends: The Reunion, also called The One Where They Get Back Together, was an unscripted special that brought the main cast of the show together and has proven to be a global hit. Aniston, Cox, Lisa Kudrow, Matt LeBlanc, Matthew Perry, and David Schwimmer, all returned for the episode.

David Beckham, Lady Gaga, Kit Harington, Reese Witherspoon, Malala Yousafzai, BTS, among others appeared as guests. It premiere on ZEE5 in India and on HBO Max in the US.