After two gripping seasons of Criminal Justice, the third season returns on August 26.

The very talented Pankaj Tripathi, who plays naïve Bihari lawyer Madhav Mishra, gets assigned to defend a 17-year-old boy, who is accused of killing his 14-year-old stepsister in Criminal Justice: Adhura Sach.

This time, the stakes seem weighed against Madhav.

“But that’s the way he enjoys his work as a lawyer,” Pankaj tells Subhash K Jha.

“For Madhav Mishra, the more complicated the case seems, the easier it is for him to feel challenged and useful,” explains Pankaj. “Madhav doesn’t only want to win, he also wants to change the legal system. He is ambitious, and much more capable than people think him to be.”

In real life, Pankaj doesn’t need to work for money any more.

“I can now say no to roles that don’t challenge me. By God’s grace, I have a beautiful home in Madh Island (north west Mumbai) for my family,” he says.

‘Among all the films and series I have done, Criminal Justice gives me the maximum satisfaction as an actor. In this role of the lawyer Madhav Mishra, I behave in character. I don’t have to act for the camera,” he says.

“Hamare yahan aaj bhi cheehkne-chilaane ko achcha acting kehte hain. Zyaadatar waise roles ke liye awards milte hain. (We consider shouting to be good acting and give awards to such performances). In Criminal Justice, I remain in character throughout, and do not resort to histrionics to get noticed.” “Madhav Mishra is such a sad sack. He is constantly seeking to assert himself, place himself above the inconsequential space allotted to him by life. He is a common, working class, man, a lawyer whose inherent sense of self-worth — in spite of handing seedy cases — keep him from derailing from his moral track.

“What makes Madhav Mishra relatable to audiences is that he comes across as everybody’s lawyer. His ability to simplify difficult concepts makes the one who is seeking counsel at ease.”

In Criminal Justice: Adhura Sach, he takes on a client, whose intent he is unsure of.

“It is a child’s life at stake,” he says. “At the same time, he cannot be treated softly if he has really committed the crime. This time, the situation is far more slippery.” 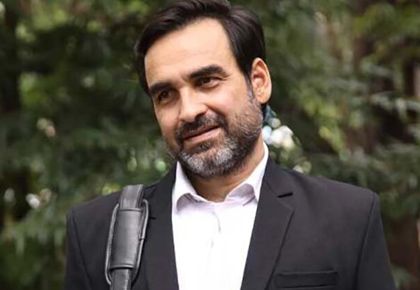