R Madhavan is a delight in this urban comedy, observes Namrata Thakker.

Decoupled, starring R Madhavan and Surveen Chawla, is about a couple who wants to get divorced but continue to stay with each other, not knowing how to break the news to their 12-year-old daughter.

Arya Iyer (Madhavan) is a bestselling author and his estranged wife Shruti (Surveen) is a start-up founder and a kickass boss lady.

While Arya and Shruti are no longer in love and desperately want to part ways, they live under the same roof as they haven’t found the right time to tell anyone about their divorce plan, including their families.

Since Arya is a writer, he has a habit of observing even the most random things.

Yes, the writer plays himself on the show and appears every now and then, but Bhagat doesn’t know how to act or emote at all.

Though Arya is witty and intellectual, he lands up in awkward and mortifying situations because of his own doings.

Shruti, on the other hand, isn’t so much fun.

She looks cold-hearted and has a straight face most of the time, which makes you wonder how these two ended up together in the first place.

Having said that, there’s a odd chemistry between the two which works well for the show.

The supporting cast don’t get too much screen time and that’s fine as Madhavan and Surveen make up for it with their fine performances.

Madhavan is like a breath of fresh air as the cocky writer who doesn’t fit into affluent society and isn’t afraid to say so.

Surveen lends him good support even though she can’t charm you like Madhavan.

They are so good together, it’s hard to imagine anyone else playing Arya and Shruti.

Decoupled is refreshing and funny.

Usually, divorce stories don’t invoke humour and are shown as dark and bleak. But that’s hardly the case with Manu Joseph’s offering.

However, the show does lack a bit of depth. You don’t know how Arya and Shruti fell in love and then you keep guessing why they want a divorce.

Also, we know that Arya is a oddball who doesn’t mince words or actions for that matter. But at times, it’s hard to relate to him as he’s too blunt.

Decoupled may be a breezy binge watch, but it isn’t for everyone.

It is outrageous with its comic element and narration. If you are accustomed to the usual comedy shows with clean punches, Decoupled isn’t for you.

But if you want to watch an urban comedy that’s clever, hilarious and interesting, Decoupled should be on your list.

And if you’re a Madhavan fan, it’s an added bonus!

Decoupled is streaming on Netflix. 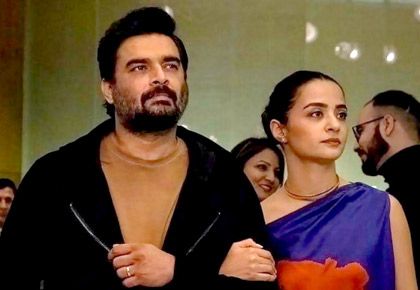