Dharmendra shared a scene from Insaaf Kaun Karega with Rajinikanth on Twitter. The film released in 1984 and also starred Jaya Prada and Madhavi in lead roles. 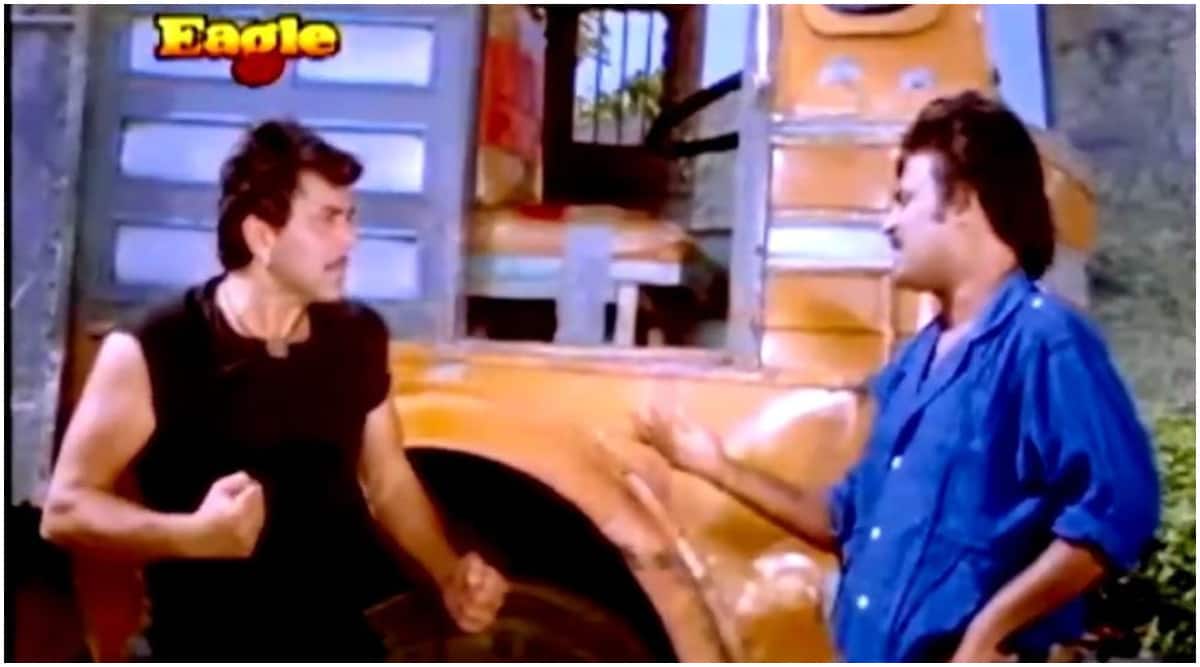 Dharmendra, in his tweet wrote, “Rajini a darling friend A great Thumbs up actor….A funny scene with him…..hope you will enjoy it.”

The video posted by the veteran actor is loaded with power-punch dialogues which are simply hilarious. Rajinikanth says, “Mujhe Kung fu, Karate aataa hai, tumko kya aataa hai?” and Dharmendra says, “Mujhe aloo parathe aate hai,” and the two actors who seeming were about to start a fight burst into laughter and hug each other instead.

Dharmendra has called the south superstar his ‘younger brother’ on several occasions. When the 85-year-old actor was promoting his film Yamla Pagla Deewana in Chennai in 2010, he had said, “Rajini is like a younger brother. I had first met him and his wife Latha in Ooty, and from then, my love for him and his family has only grown.”