Dia Mirza got married to businessman Vaibhav Rekhi in February this year. The couple went to Maldives for their honeymoon in March. 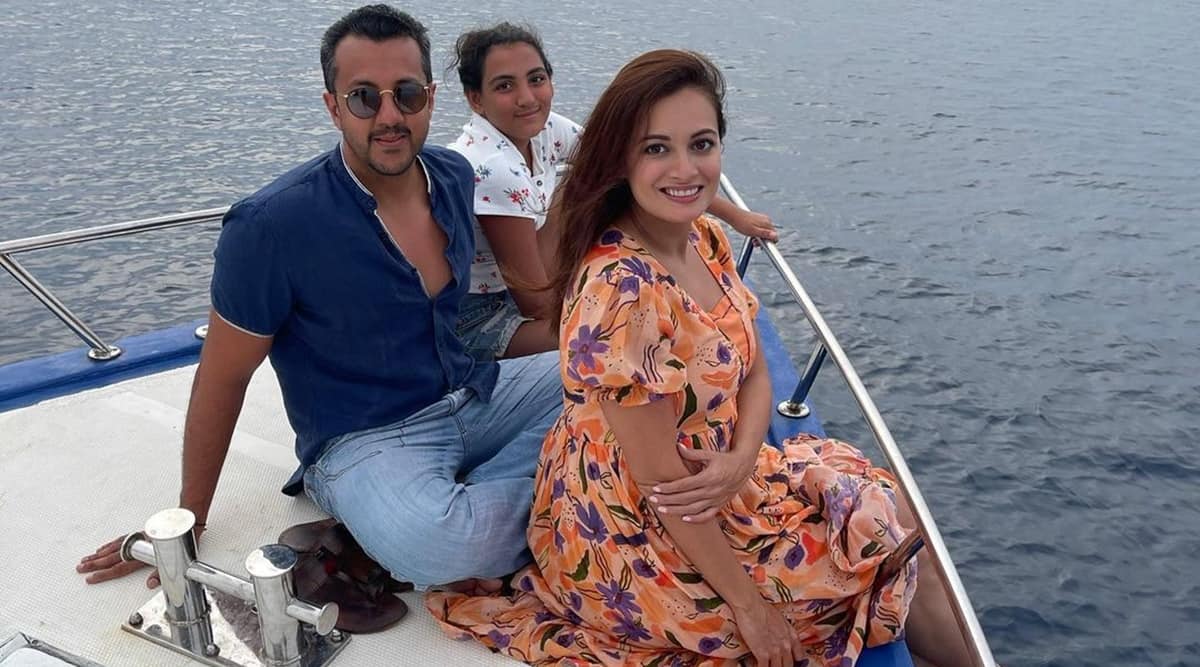 Dia Mirza on Saturday shared a series of new photos from her honeymoon earlier this year, which spoke volumes of her chemistry with husband Vaibhav Rekhi.

Dia tied the knot with businessman Vaibhav Rekhi on February 15. The couple went for a holiday to Maldives days later with Vaibhav’s daughter, Samaira, from his first marriage.

“Throwback to one of the most memorable and magical times we shared together,” Dia wrote captioning the photos. While one picture features all three of them, another photo captures Dia and Samaira lazing around.

It was during her Maldives vacation that Dia Mirza revealed she was pregnant. Dia had shared a photo of herself cradling her baby bump. “Blessed to be…One with Mother Earth…One with the Life Force that is the beginning of everything…Of all stories. Lullabies. Songs. Of new saplings. And the blossoming of hope. Blessed to cradle this purest of all dreams in my womb.”

On the work front, Dia Mirza was last seen in a special appearance in the Telugu film Wild Dog.