Poonam Dhillon addressed the series Dil Bekraar 'special' because she was working with her old co-stars of many years, Raj Babbar and Padmini Kolhapure. Actor Poonam Dhillon is all set to reunite with her old colleagues Raj Babbar and Padmini Kolhapure in a new web series titled Dil Bekaraar, which is all set to release on Disney+ Hotstar on November 26. The actor, who is all excited to play a central character in the web show, spoke about the project in an exclusive chat with indianexpress.com.

Tell us about the series Dil Bekraar.

The show is done very meticulously. The characters are so relatable and adorable. We have a family at the heart of the show. We all have parents and siblings, and other family members and this series has a very nice depiction of the whole thing. And of course, they have other things going on, which is a little bit of journalism and political agendas being covered by a journalist. It is a very all-rounded entertainment package.

What made you say yes to the project?

I have a central character in the series and I got very good producer and director and amazing co-stars. What else does one want?

There was nothing objectionable in the character. It wasn’t that there was some vulgarity or nudity. Everything was all smooth sailing and perfect. So I am really glad that I took on the project and I have loved it. I want the audience to love it now. 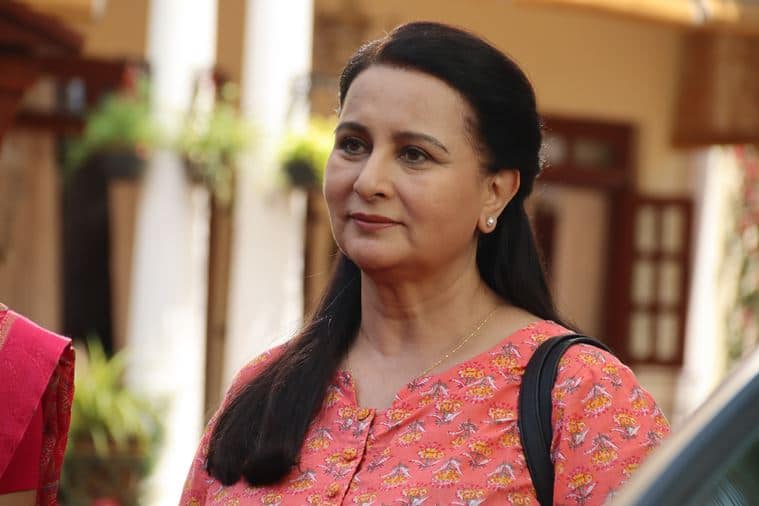 Poonam Dhillon and the title Dil Bekraar has an old connection too, of 1985 film Teri Meherbaniyan with Jackie Shroff.

I am playing a mother who has five young daughters in the series. The young girls had not seen that song of mine. So on YouTube, I went and I showed them. I said, see this song with Jackie, and it’s a very melodious song.

This web series is also your reunion with Raj Babbar and Padmini Kolhapure. How was your experience of working with them on this totally new medium?

The series is special for me because I was working with my old co-stars of many years, Raj Babbar and Padmini. I’m sure people are going to enjoy the comfort level, which Raj Babbar and I have. On the sets, we quickly fell into the rhythm of old colleagues who have a certain amount of comfort with each other. And at the same time, I must say that he’s also evolved really well, as I would tell him, “Raj ji, you are looking better than you looked earlier.” I think he has become very health conscious, is careful about what he eats, does yoga and all of that. So he’s looking really good.

Padmini’s character is so interesting in the series.

Dil Bekraar has a vast star cast. Being on the set much have been fun?

We did had a lot of fun, we all became like a family on the sets. Moreover, I was surprised by the whole array of new talent, which was remarkable for me. Each of them really surprised me because they were full-on professionals.

Everybody knew what they had to do. They were in the characters, with their lines, with their costumes. So it was a pleasure working with everybody.

What audience should expect from this web series?

This is going to be something you will see with your family. A very normal creation but very well crafted. And believe me, creating a normal family, it takes a lot of effort. I am sure the audience is going to enjoy how natural the characters are.

Is there any character you still have on your bucket list?

There are many, but I would love to play a wicked stepmother. I have mostly played goodie-goodie character and it is nice to do something different from your regular image or personality.