The trailer of Dulquer Salmaan's Kurup was played on the Burj Khalifa in Dubai. Dulquer shared a video on his Instagram account. 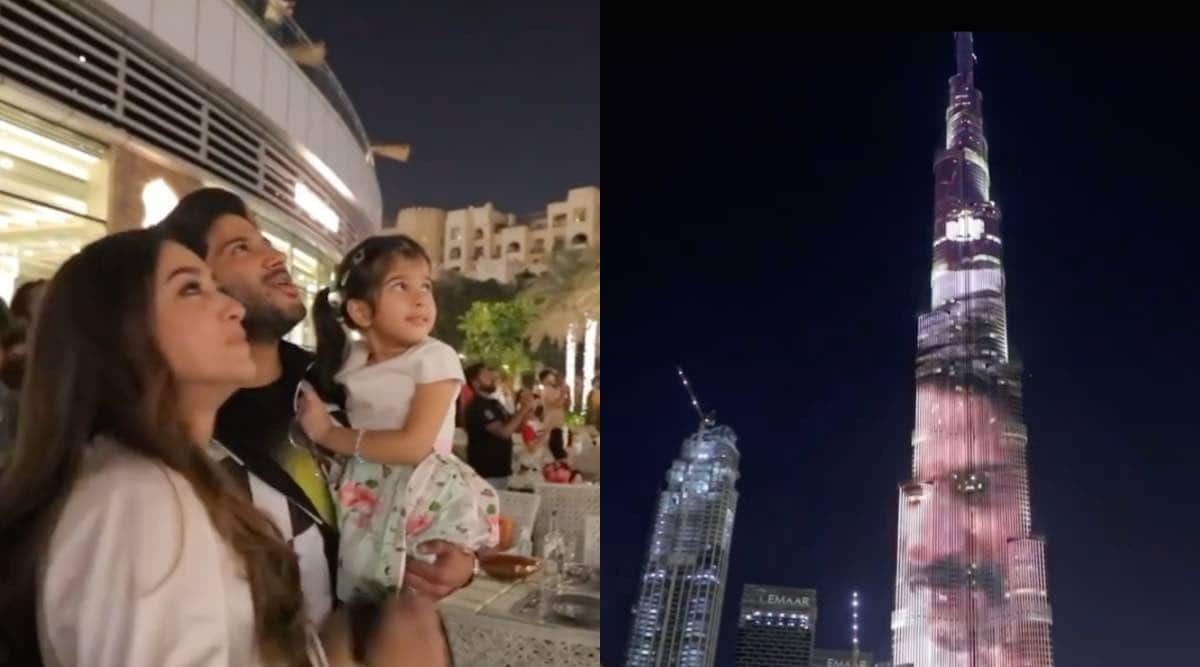 Actor Dulquer Salmaan was overwhelmed when the trailer of his upcoming film Kurup took over Dubai’s Burj Khalifa. He shared a video from his Dubai trip with daughter Maryam and wife Amal Sufiya.

Sharing the video, Dulquer wrote, “#Kurup lights up Burj Khalifa !!! This is a huge moment for me, for the hundreds of people behind the film #Kurup and for the amazing team behind Wayfarer Films and M Star Entertainment. Never in my wildest dreams did I imagine, a trailer of a film of mine let alone my name, playing on the iconic Burj Khalifa. A huge thanks to the people who made this possible.”

Kurup is a crime-thriller biographical film, which is based on the fugitive Sukumara Kurup. The film brings forth the story of the elusive mastermind whose 37-year-old murder case has turned into a folklore in Kerala. Apart from Dulquer, it stars Indrajith Sukumaran, Sobhita Dhulipala, Sunny Wayne, Bharath Srinivasan and Surabhi Lakshmi.  Directed by Srinath Rajendran, Kurup is bankrolled by Wayfarer Films and M-Star Entertainments and will release on November 12.

On the work front, Dulquer Salmaan has Salute, King of Kotha, Othiram Kadakam and Hey Sinamika in the pipeline.