This week's First of Many features Arjun Bijlani. In the 83rd edition of our exclusive series, the actor talks about his first acting project, Balaji Telefilms' show Kaarthika (2004). 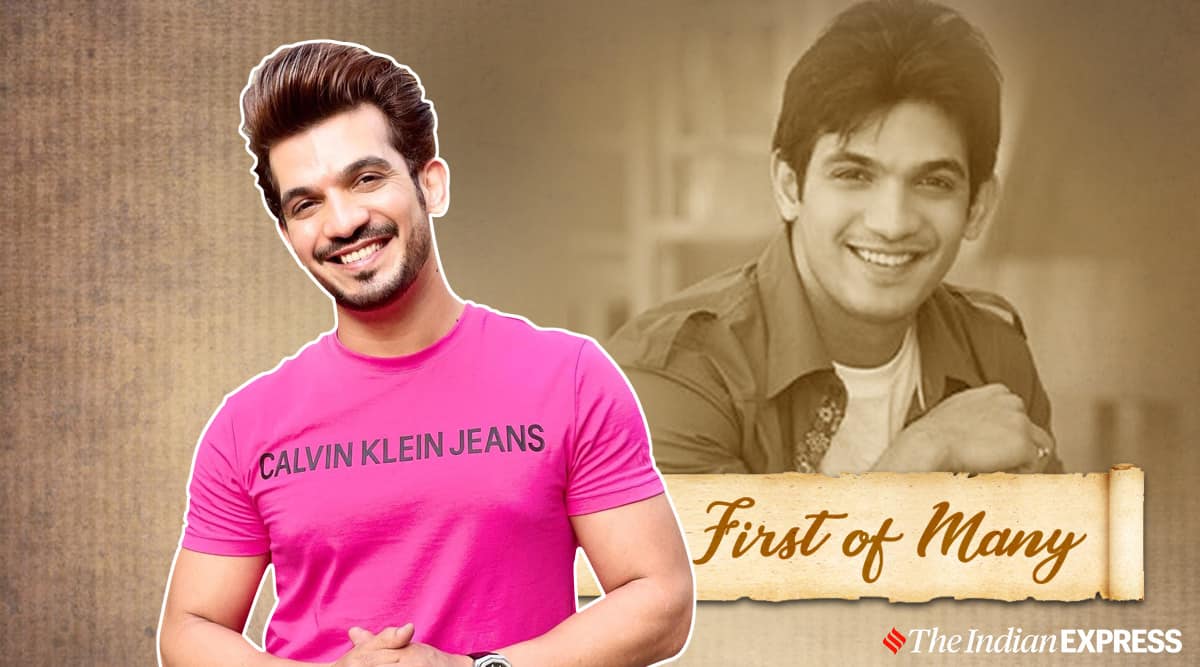 Arjun Bijlani’s journey from being a youth favourite to one of the most popular male leads on Indian television is noteworthy. With his penchant for playing romantic roles, he has done shows such as Naagin, Ishq Mein Marjawan and Pardes Mein Mila Koi Apna, he was as happy as his fans.

While he donned grey shades in Meri Aashiqui Tum Se Hi, he went the supernatural route with Naagin and Kavach. In fact playing Ritik in Naagin opposite Mouni Roy, made him a household name. Arjun turned a host on Dance Deewane, and will next be seen as a contestant on Khatron Ke Khiladi 11.

Many might remember Arjun’s earliest characters like Vikram in Remix and Cadet Aalekh in Left Right Left, apart from the fan favourite Mayank in medical drama Miley Jab Hum Tum. But, that’s not where Arjun’s acting journey started. It goes back to the time when when Arjun was around 21, and signed his first TV show for Ekta Kapoor’s Balaji Telefilms.

Recalling memories from the first time Arjun faced the camera as an actor, here’s what he shared with us.

I think it was in 2004 and I was 21 or 22. Before that I had done modelling, ads and stuff. But, the first time I faced the camera as an actor was for Kaarthika by Balaji Telefilms. My audition was pretty decent and that’s why I got selected. I had never acted before but learned on the job, over the years. My part on the show ran for around 6-8 months, and the show ran for a year or two, if I’m not mistaken.

I think the shooting was at Sankraman Studios in Goregaon. I was very nervous because this was the first time I was supposed to face the camera. We used to share our make-up rooms but that day I was alone. So after I got the script, I kept on rehearsing. My only concern was not to forget the dialogues, otherwise they’ll think I’m not good. That was the initial thought process. The first take was not okay. But then the director explained the shot to me. I followed him and after that I managed to do it immediately. He okayed the shot and I asked him if we required another take. You know, how it happens where you aren’t confident about your own performance, you are sceptical and want to do it a couple of times to feel that you did well. Later I realised when the director says ‘okay’ it means he’s liked the shot.

Jennifer Winget and Abhay Vakil were the leads of the show. Though I think my first scene was not with Jennifer, but somebody else. However, everybody was present on the set. I was playing a character named Ankush. The first scene was me having fun with some friends and I had to behave bit loudly, and since fun comes naturally to me, it was easy. I was very serious of what I was doing, but I was having fun while doing it. I don’t remember the dialogues though, but I did pretty well.

I always got along with everybody and became great friends with Jennifer too. Because it was a youth-oriented show, we had a lot of scenes together and had fun on set. After that, when we met, we talked about Kaarthika so many times, how it all started. Jennifer always told me that she’s proud of the fact that I’ve come such a long way in my career. She always praises my hard work. All of us in this show were very young and we shared our personal experiences. I remember speaking to Abhay a lot about how I also wanted to play lead roles and make a mark in this industry. He told me it takes time but it’ll happen.

The experience and the kind of knowledge I have today, I would change everything. The approach would be very different. When you overthink about a character and go there with pre-conceived notions, it sometimes goes wrong. So it’s always good to surrender yourself to the director. I’ve always been a director’s actor.

I think everybody was in awe of Dilwale Dulhania Le Jayenge. I also liked Kabhi Haan Kabhi Naa and Maine Pyar Kiya. I always thought I’m just like these romantic films, and I want to play such roles. I always wanted to look into the eyes of the girl and say “main tumse pyaar karta hoon.” And then when it starts happening, you’re happy.