This week's First of Many features Sanjay Mishra. In the 89th edition of our series, the actor talks about his first acting project, television show Chanakya (1991). Sanjay Mishra did not have a smooth entry into the world of acting. From the very first day, he realised memorising dialogues was his weakness, which he struggled with for a long time. “On my very first day, I understood that dialogues are an issue with me so it’s better not to read the entire script,” recalls the seasoned actor.

Mishra, who’s been a part of the industry for over three decades, has, however, emerged as one of the most talented actors with excellent command over his craft. He played memorable characters in award-winning films like Phas Gaye Re Obama, Ankhon Dekhi, Masaan and Kaamyaab. He even showcased his comic side in mass entertainers Golmaal series, Welcome, Tashan, Khiladi 786, Jolly LLB, Dilwale, All The Best, Dum Laga Ke Haisha, Baadshaho, Total Dhamaal and others.

Mishra had an equally successful stint on television with 90s shows like Hip Hip Hurray and Office Office. In fact, it was the small screen that became his entry point into the world of entertainment.

How did it all began for Sanjay Mishra? Here’s what the artiste shared:

When I was in the last year of my drama school, Chandraprakash Dwivedi had come to Delhi. I got to know that he was making a serial called Chanakya, and was casting for it. He finally noticed me and called me. I didn’t give any audition, but I feel he saw something in me and cast me in the role of one of Chanakya’s disciples, Nipunak. It was in the year 1991-1992, and I was around 25.

Though after graduating from drama school, I got interested in photography but that was also a costly affair back then with film roll camera and its processing charges. Initially, my father financed me, but eventually told me to go to Mumbai as Chanakya was about to go on floors. It was my family that threw me out so that I move to Mumbai. So, Chanakya was my first acting project. 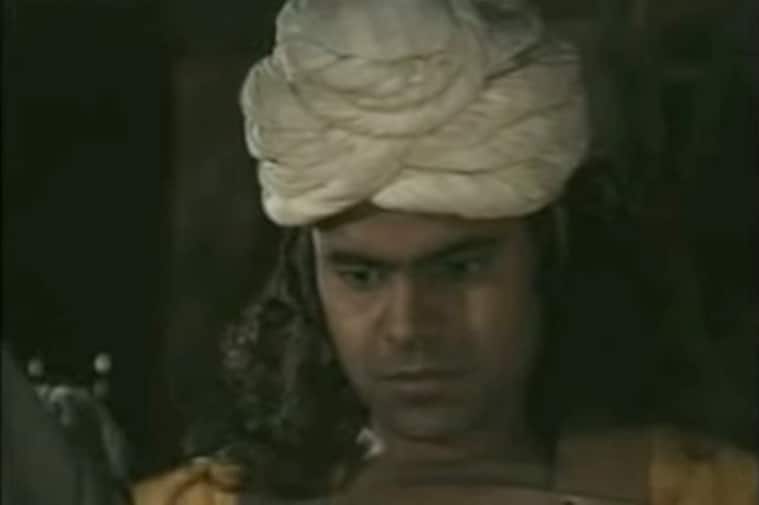 The first day shoot was at Film City. My first scene was where I go from house to house, begging for food, the way these disciples used to collect stuff for their teachers. So I was supposed to go to a house where a woman would open the door and I would request her to give me food. I had planned that I’d touch her feet and she would see her son in me. But when I reached the set, I saw there was no woman, only a finger marking which I had to look at and enact as if I’m speaking to her. That moment was life altering as my entire perception about cinema changed (laughs). My visual of that shot got shattered.

I read Chanakya’s script a lot of times despite having a small role and had created an image in my head. And when I arrived on set, I realised I was the only one with that visual. I had mentally prepared myself so much for the character that when I finally got on set, I got disturbed. I ended up giving 28 takes.

I was giving all my heart to it, but you also need to give your mind, which I didn’t. My teachers had told me to be thorough with the script and I followed that. But that advice was for theatre, as in films, I believe one doesn’t need to read the script so deeply. My directors mostly explain the story and my character to me. And if they manage to make me visualise it all, it gets easier for me. You see, someone writes the script for years and I read it in two hours and give my decision on it. That, I find unfair. So, for me, it’s better you narrate it in the way you’ve written it, rather than me reading it on my own. I think I disappointed Chandraprakash Dwivedi on my first day as I couldn’t manage to live upto his expectations. And I got depressed that now I won’t be able to fulfil my dreams.

I used to be nervous back then, and I still do. Everyone has a process to remove that nervousness. Today, when I go to a set, I try to break the ice with my co-star. I make things normal by talking regular stuff. That ensures we are easy in front of camera. I’ve worked with Rohit Shetty in so many films, but even today when I work with him, I get nervous and my blood pressure plummets. Our friend and batchmate Navneet Nishan was already working in a TV show called Tara. I asked her how she managed to memorise full page dialogues, when I couldn’t do even four lines, despite both of us coming from same drama school. If you stress on your dialogue a lot, you tend to miss out on your body language and expression. You just come and blabber your dialogues and go. Our industry, for the longest time, has worked only on dialogues.

How was the rapport with your team when you got to meet or work with them again later?

After I reached Mumbai, I kept going to Chandraprakash Dwivedi’s house, discussed scripts with him and took his advice. I still touch his feet and seek blessings. He was the one who brought me here, or else I would be doing photography at some place today, or maybe doing nothing. I did a film with Adil Hussain recently. We shot in Rajasthan. Chandraprakash ji joked that now I don’t forget my dialogues. I said I’ve got used to it now. If he calls me again for work, I’ll always be ready.

I’ll never do it again. I don’t want to do a period film or costume drama. Its concept in India is very different. If you pick a character from Chanakya and Ramayan, you’ll see all of them look the same. Akbar is always shown wearing so many clothes. Someone made his painting and that’s how we conceived him. But to think of it, how is that possible in summers or extreme weather. All costume dramas are same. There’s a five-hour-long film called Mahabharat. Only that showed authentic things. Though there are people who dig out pictures and videos from the show and ask me on social media if that’s me. At that time, even I ask myself, “Is that me?” I didn’t know where my life was going then. All I knew was the money which I’ll receive from this show will help me pay my rent and I won’t need to ask my father for it.

Every artiste of my age had Amitabh Bachchan as their favourite while growing up. But as your exposure towards parallel cinema opened up, you started appreciating the work of Naseeruddin Shah, Om Puri, Pankaj Kapoor. They are the real performers. I loved Chashme Baddoor. Then there was Katha, Jaane Bhi Do Yaaro. They were real films. The foundation of all the content driven cinema which you see today, was laid by these films.