Helmet movie review: No harm in converting barmy ideas into socially-relevant comedies, which is what ‘Helmet’ thinks of itself. But that needs smarts. 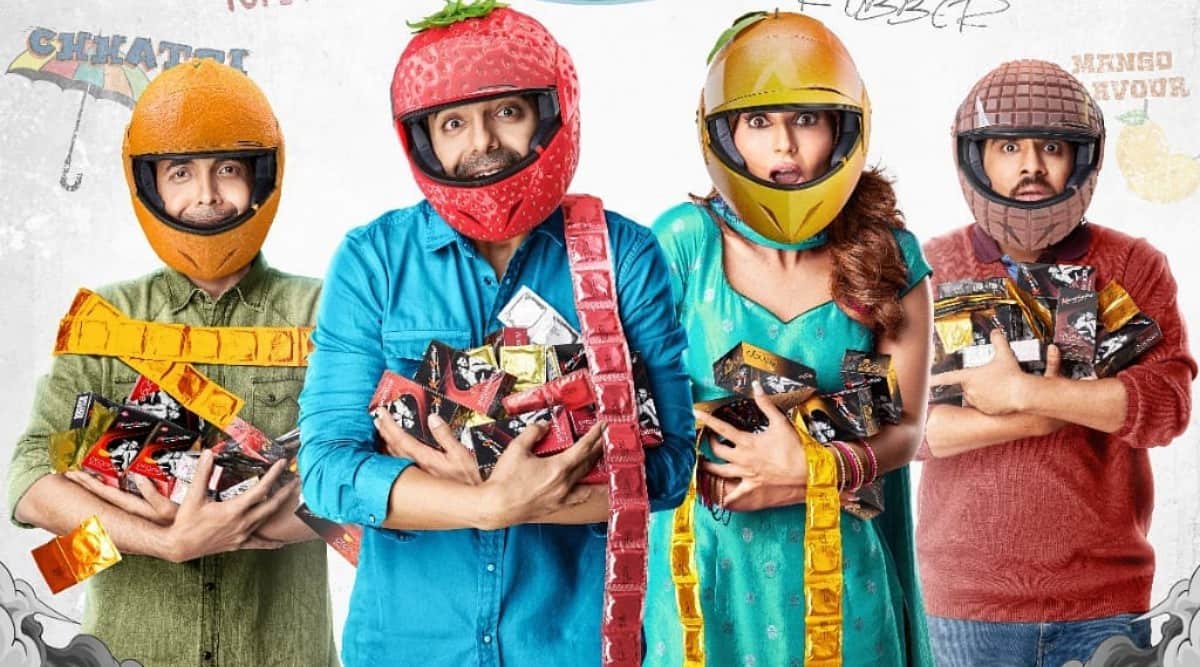 Why, why would anyone watch a film about condoms and family planning and AIDS control, which is nothing but a cringe-fest from start to finish?

High-school pass, jobless Lucky (Aparshakti Khurana) is in love with Rupali (Pranutan Behl) from a well-to-do background. What she sees in him is a mystery, but then who knows with lovers, right? Big bucks are required to appease snarling dad (Ashish Vidyarthi). The only way out for Lucky and his pals is to dream up a bananas get-rich-quick idea which involves robbery, a whole stack of condoms, and a town where not one soul can look at a prophylactic without turning red.

Going by the makers of this enterprise, men are incapable of buying ‘protection’ from across the counter (apparently there’s only one chemist shop, manned by a lewd guy, in fictional Rajnagar which looks a lot like Banaras) in this day and age.

Take these shameful things (condom packets) away from my sight, bellows a fellow (Jameel Khan, so good in ‘Gullak’) who is highly ‘frustrated’ because his wife isn’t putting out. ‘Haiii ram,’ says his equally frustrated wife. Voila, the rubbers exchange hands. Husband-and-wife get it on. So do the other inhabitants. Lucky and co start counting their pennies, and everyone is happy. Till one day…

No harm in converting barmy ideas into socially-relevant comedies, which is what ‘Helmet’ thinks of itself. But that needs smarts. The film comes off like those loud, unfunny sitcoms which feel loosely cobbled together.

Aparshakti has stood out in good films; so have Ashish Varma and Abhishek Bannerjee. Here they scramble past such situations as, exhibit A: men in an adult movie show squirming in anticipation of happy endings; exhibit B: a brothel madam who lectures about clients refusing to use condoms; exhibit C: a baddie who has suffered from a ‘bad disease’ because he didn’t wear a ‘helmet’ on his appropriate extremity, and so on, and on.

‘Dawaai se like ke bhaujaai tak, sab ki expiry date hoti hai’. Got it, in one.