Kaun Banega Crorepati 13's first winner Himani Bundela talks about her big moment, interacting with Amitabh Bachchan and how she plans to use her prize money. 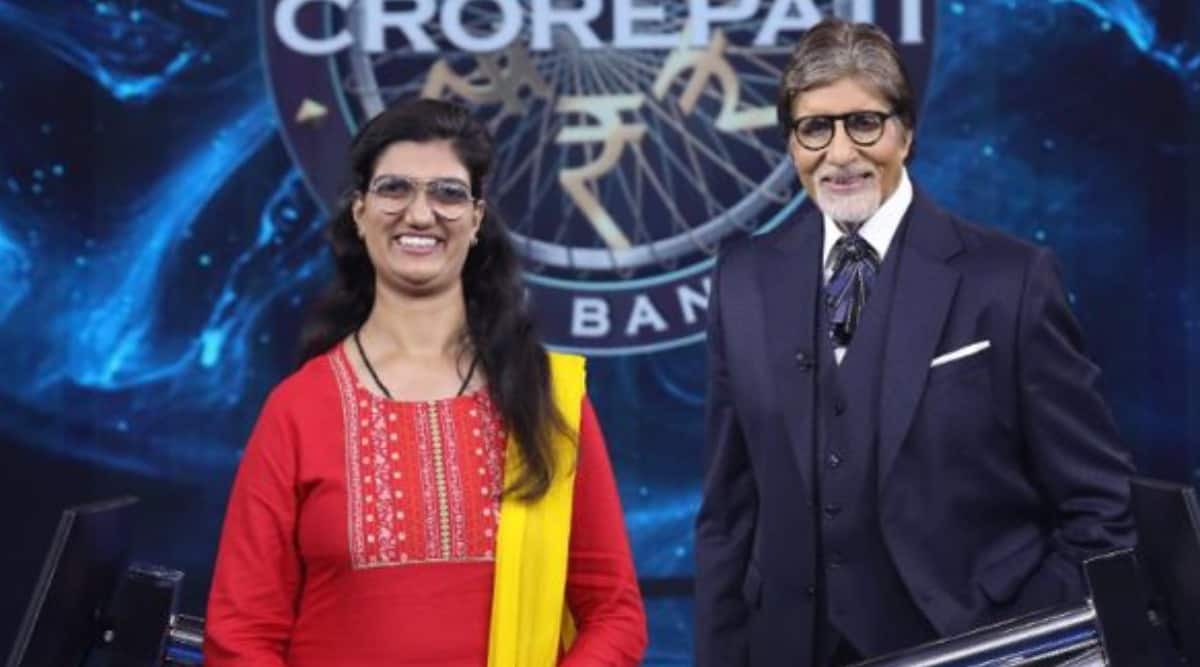 It’s been just a week of Kaun Banega Crorepati 13’s launch and the Amitabh Bachchan show has already got its first crorepati. Himani Bundela took over the hot seat on Monday, and as per the promos already released by the channel, she will cross the 15-question mark to win one crore. The 25-year-old is visually impaired but that did not stop her from creating history in the season.

After her big win, the teacher from Agra spoke exclusively to indianexpress.com and shared that she never thought about the prize money, as just being on KBC has been a long-standing dream for her. Calling it a surreal moment, Himani shared that when Big B announced that she has won Rs 1 crore, she wanted time to just halt.

“Everyone must have seen the excitement in the promo already. Honestly, I couldn’t believe that this has happened to me, it was completely unexpected. How much ever you prepare, you don’t know if you will even reach the hot seat. And even if you do, you can never think about the prize money. It was unbelievable and still feels like a dream to me,” she shared.

Himani Bundela met with an accident in 2011, post which her vision got lost over time. However, the setbacks never affected her as Himani wrote her own destiny, and today teaches Mental Maths to students. Sharing that she was apprehensive of how she would be treated on the show, the teacher said, “Before going on the set, I did not know how will they look at me. Will they be sympathetic or treat me equally? I was also competing with general contestants, who of course had an upper hand when it comes to usage of technology and computers. All my fears vanished soon as everyone looked at me with dignity and treated me so normally. That gave me more confidence.” She also had some sweet words to share about Amitabh Bachchan, the host of KBC. “He is such a humble person. Big B is called ‘sadi ka mahanayak’, however, I think that title is also inferior in comparison to his stature. He is truly a shehenshaah and yet so down to earth and positive. It was just amazing to get an opportunity to interact with him,” Himani shared.

This season of Kaun Banega Crorepati has seen a change in format with the ‘fastest finger first’ being altered to ‘triple test’. Contestants now have to answer three questions correctly and in the least time to get a chance to reach the hot seat. Sharing that the first level turned the biggest hurdle in her journey, the crorepati said, “I was so nervous since it’s the first time. One has to be quickest in all three questions. It was quite a challenge. But then as soon as Bachchan sir came on stage and started shoot, I was mesmerised by him. I felt even if I lose, I am sure I will go back home with a lot of learning.”

While the champion is yet to come to terms with her winning, she shared that she was to start an inclusive training for differently-abled students with her prize money. She also wants to set up a business for her father, who lost his job during the pandemic. “I will also want to invest a good amount for my siblings and their future. My family is my everything and I want to give them the best life,” she shared, adding that they are even her source of positivity in life.

“Everyone keeps talking about my happy personality and how the accident didn’t kill my spirit. It’s all thanks to my family and loved ones, who have supported me, and even pushed when required. I owe everything to them,” Himani added.

The KBC 13 winner further shared that the excitement around her has brought her immense happiness. Be it her students or co-teachers who have been sharing videos praising her game, or her relatives and neighbours, who have been celebrating her big win.

“There are a few people who have even got a new television set to watch the episode. Some got Sony TV subscription, and an uncle, who has never watched KBC is already hooked on to the show,” Himani shared in a cheerful tone.

On a final note, the first crorepati of the season shared that even though one needs vision to see the beautiful world, at the end of the day, it’s all about having a positive outlook in life, “One can find happiness and success even with that.”