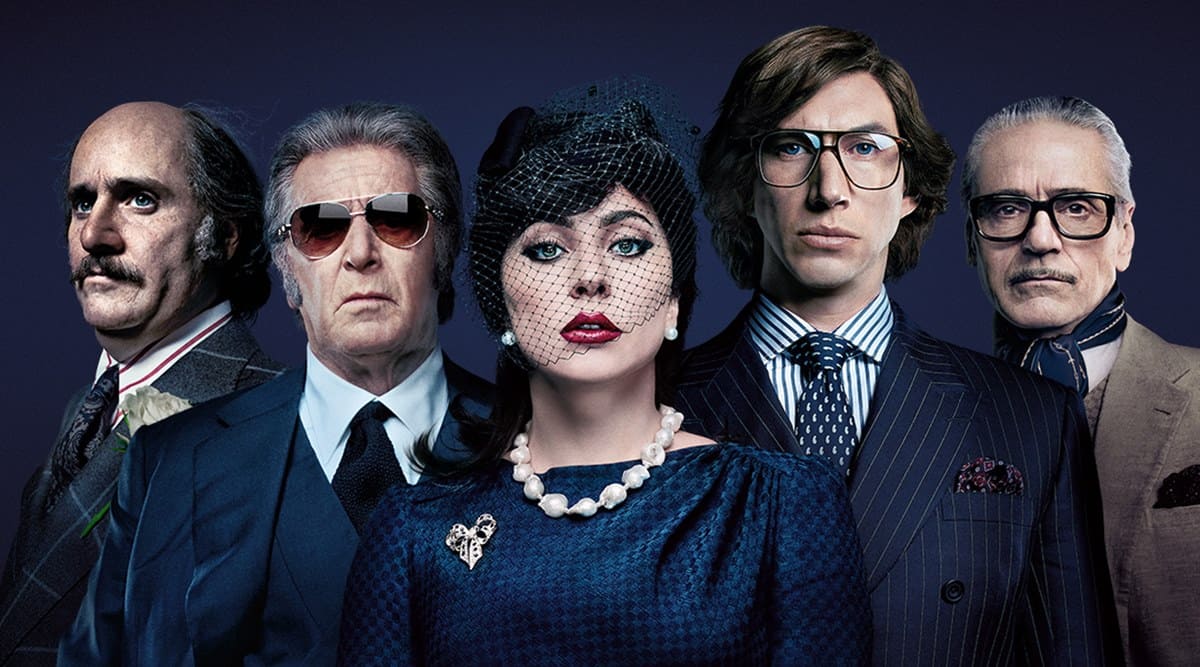 Fashion that moves billions has that intangible quantity, an un-definable extra that sets one shocking shade of pink apart from another blinding shade of blue. House of Gucci has that extra in Lady Gaga, the woman in fur caps, leopard prints, big nails, golden jewellery, and ever-changing bouffant, who consistently prevents Ridley Scott’s latest from becoming overboring, overlong and over-serious. In a film full of “characters” speaking in various levels of atrocious Italian accent, her Patrizia Reggiani is all heart — even when it is at the wrong place.

A woman from an average Italian middle-class home in the late 1970s who gets a peek into the window of the world of the famous Guccis. This is what a monologue lets us know in the beginning. And Patrizia begins like this, loving Maurizio Gucci (Driver) as much as she loves his surname, and driven truly by both till the end, not caring much for what comes in the way. She first recasts herself as a woman who would catch the deliberately sombre Maurizio’s eyes, then as a wife who would not be out of place in the Gucci world, then as an ambitious woman frustrated with Maurizio’s lazy resignation to the decline of the family name, and then as a ferocious businessperson cruelly dealing with inconvenient kin — only to find Maurizio discard her as too removed from what she had been, to return to a friend more of his league and taste.

This is a story arc we are not unfamiliar with, and few perhaps can embrace being different personas at the same time as Lady Gaga. The only one who comes close to going toe-to-toe with her — whether in heels graced by Sophia Loren or customised burgundy leather once worn by Clark Gable — is Al Pacino as Aldo Gucci. As the half of the fashion empire not too concerned about where the money is coming from, including replicas, as long as the two looped Gs are on them, he sees Patrizia for who she is. She is a kindred soul in a house where Maurizio acts disinterested — as he pedals cycles, rides scooters and eats roadside to seek “normalcy” — and Maurizio’s ailing, wasting father and Aldo’s brother Rudolfo (Irons) fancies himself as guardian of a hoary legacy.

Unfortunately, House of Gucci doesn’t give enough opportunity for the two to pit their wits against each other. Driver is trying too hard as Maurizio, plus he really seems the “incompetent little baby brat” that Patrizia describes him as. Contrary to her, Maurizio’s transition is unconvincing. Leto as Aldo’s “idiot” son Paolo is as under-written, hamming desperately to make himself seen above the pinkish corduroys and bad hairdo he is saddled with.