Although Ajay Devgn and Alia Bhatt have brief roles in S S Rajamouli’s RRR, they have been paid their market price.

“Alia Bhatt has been paid what she normally charges other producers in Mumbai. Although she has less than 20 minutes of screen time, she is the official leading lady of RRR and has been paid close to Rs 9 crore (Rs 90 million),” a source tells Subhash K Jha.

Devgn’s presence in RRR is a trickier situation.

Although he features in a guest appearance, he is almost a leading man in terms of the character’s development and impact.

“Devgn and Alia are the audience-baiters in North India,” the source says. “Sadly, NTR Jr and Ramcharan Teja have zero market value in the North belt. Over there, only Rajamouli sells as the director of Baahubali. But is that enough?” 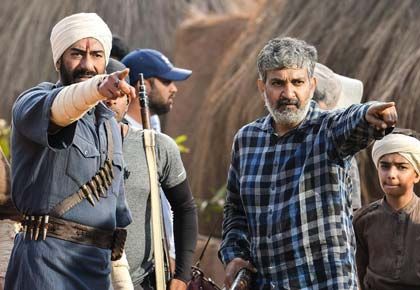