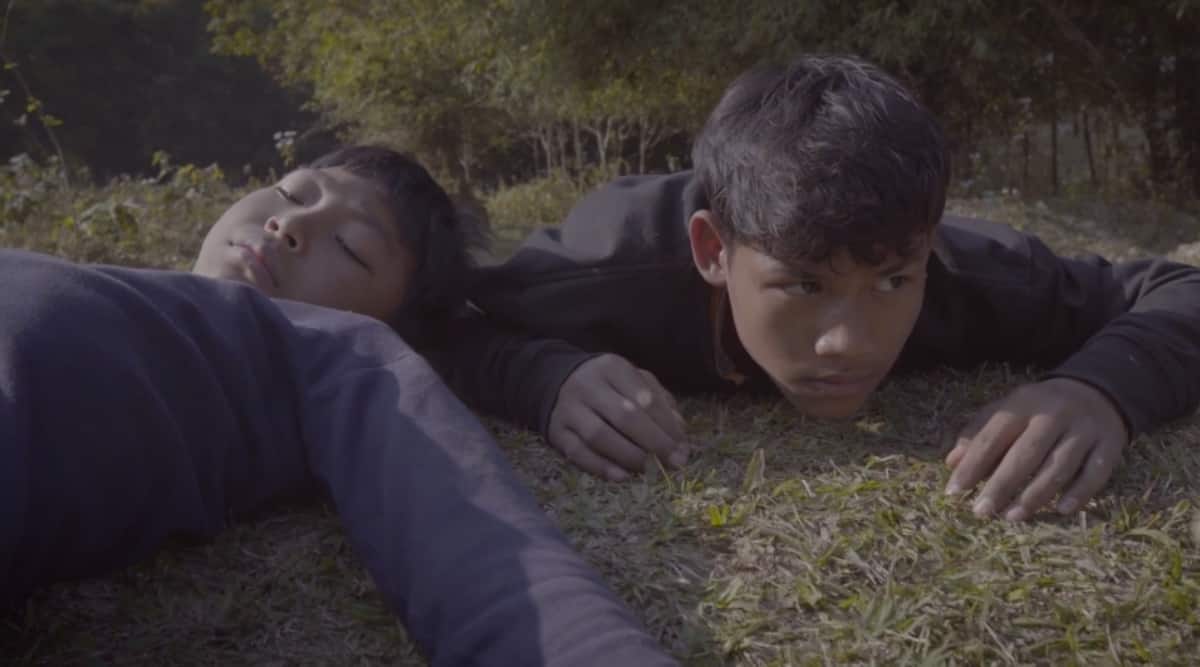 Everybody loves a good story, but to what extent would you go to tell yours? Xogun and What’s Your Story? – to be screened virtually at New York Indian Film Festival (NYIFF) 2021, June 4-13 – by two National Award-winning directors Utpal Borpujari and OP Srivastava, respectively, work as a double bill. If one talks about the length one can stoop to so as to sell one’s story, the other grapples with the question of what it takes to tell one’s story. While Borpujari, a former scribe, takes a dig at journalism, Srivastava, a former banker, asks fellow independent filmmakers on what drives them to stay on track.

To be screened in the festival’s Shorts: ‘Come Undone – Bleak Realities’ section, Xogun (meaning vulture in Assamese) was shot in January 2020 in Agia, near Assam’s Goalpara. The 16-minute short fiction opens with a close-up of tribal boys digging out tubers and cuts to a long shot of the forest wherein cadavers signal a thriller yet to unfold. The film’s title works by metaphor, for which the filmmaker duly apologises to the critically endangered Indian vulture Gyps indicus in the end credits. Through caricatures, the film pokes questions at journalistic ethics, fake and paid news. An indifferent veteran who’d courted fame by “covering riots, war, violence” refuses to intervene, a photojournalist exploiting the situation for an award-winning “full impact” photo – a shot no less than “the Syrian kid lying on the beach”, a reference to drowned Alan Kurdi in 2015, to an aghast young rookie protesting to an attack on his “idealism”.

“I know of scribes who’ve manipulated situations to get a photograph/reaction/tears for a certain effect. Many on regional TV ask manipulating questions, show names and visuals of family members of the dead, or a rape victim, twist facts — these are beyond journalistic ethics,” says Borpujari, 54. “Earlier, one had never heard of paid or fake news, there was wrong reporting but deliberately reporting wrong things never happened. A lot of reportage has now become blatantly pro-communal, especially on broadcast media, it’s lost the ethics of objectivity and distance,” he says.

Having said that, he’s not writing off the profession. “Media and Bollywood/cinema are soft targets, it’s easy to put the blame on them instead of introspecting on what we are doing. The media can’t and shouldn’t be seen in isolation. It reflects overall societal behaviour. Because of the internet and social media, now every person thinks he can be a journalist. That’s not how it works. Facts need to be checked, corroborated and legitimate sources attributed before abusing these platforms for spreading mis/disinformation. People blindly forward false/unverified videos because it aligns with their ideology. We are the biggest consumers of sensationalism. The same technology (nuclear) used for medicines to treat cancer also makes atomic bombs,” he says.

“Maybe, subconsciously, I, too, may have signaled my cameraman to keep rolling an emotional moment in my documentary films,” he says. But the leeway one medium affords can become the crime of another. As Jean-Luc Godard had once said “Cinema is the most beautiful fraud in the world”, and journalism should be the opposite of fraud. Sixty-one-year-old Srivastava’s What’s Your Story?, made during the lockdown, is an hour-long video-calls/e-meets with independent filmmakers interlaced with scenes from their films. Movies don’t necessarily have to be storytelling, says filmmaker Sanal Kumar Sasidharan (Sexy Durga, 2017, A’hr/Kayattam, 2020) in Srivastava’s documentary. “A film is an audio-visual experience. We went to shoot Ozhivudivasathe Kali (2015) without even a script,” Sasidharan adds. Amartya Bhattacharyya (Benares, 2014, Khyanikaa, 2017, Adieu Godard, 2021) says, a film “should hit me, stimulate me…if it doesn’t make me feel uncomfortable, it has not taken me into new territories.”

Teena Kaur Pasricha, a Sikh born in Rajasthan, made 1984, When the Sun Didn’t Rise (2017) because history books didn’t tell her about the “violent, gory massacre” her people faced. “What did the government do after killing 5,000 men? What did they do to the dead bodies? We neither found nor burnt the corpses,” says one of the women in her documentary.

“The country, audiences, producers, distribution network, they don’t want such films, because these films don’t make people feel good about themselves,” says Devashish Makhija in the film, whose Ajji (2017) released in 35-36 halls for a week, to a maximum capacity of eight people at a time. Makhija shifted to Mumbai from Kolkata in 2005-06, “it took me 16 years to make two feature films: Ajji and Bhonsle (the latter was possible only because Manoj Bajpayee, who plays the titular role and brought in the producers).” He was to make a Lion King-like animation film for Pixar Disney’s India tie-up with Yash Raj Films, but their first outing (Roadside Romeo) tanked and they shelved Makhija’s film in 2009, after three-and-a-half years in production. He felt lost. He was reading about developmental politics in the Adivasi areas at the same time, the Naxalite situation, civil strife which wasn’t getting reported in mainstream news. He spent five weeks in Andhra and south Odisha to understand the grass-root realities and “never came back from there, mentally and emotionally,” he says in the film, “Now, I want to tell only these kinds of stories, to put politics in my stories, because I don’t have the stamina or wherewithal to be an on-the-field activist.”