In the video titled "Kabir And Beyond", Hrithik Roshan documents his journey of physical transformation along with the little personal touch he gave to Kabir in War. He also thanks Tiger Shroff at one point. 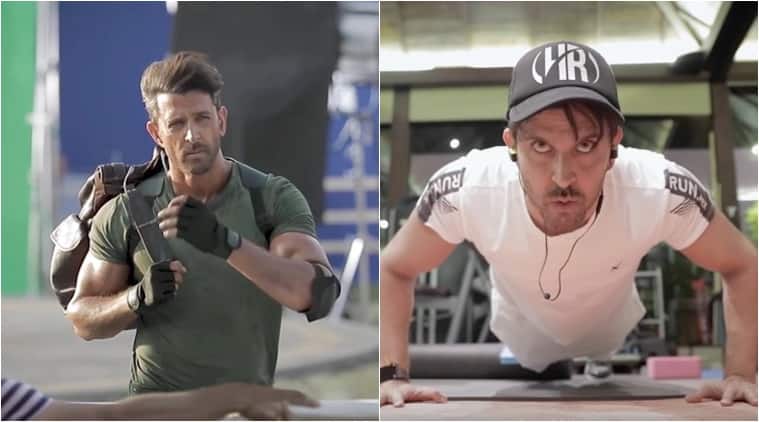 Hrithik Roshan has revealed that he was just not confident of playing Kabir in his 2019 film War. In a video which the actor shared on his social media handles on Thursday, Hrithik shares that he was completely out of shape and had only 6 months to get into the groove.

In the over 11-minute-long video titled “Kabir And Beyond”, Hrithik documents his journey of physical transformation along with the little personal touch he gave to Kabir. He begins by recalling how he went into a shell post Krrish in 2012 that left him with a bad physique. His injuries and poor health also added to it. Hrithik shared that since his Super 30 required him to shed his Greek God image, things fell back into the same situation. When War was offered to him, he had only 6 months to regain his fitness and self-esteem.

The video, made under Hrithik’s HRX Films, shows his rigorous training sessions that follows, along with him talking about the life lessons he learned in the journey. He also takes a moment to thank his War co-star Tiger Shroff who “came as a blessing.”

“To get me back, I needed something to cause a shift, and I think Tiger came in as a blessing… My body was so out of shape. I needed it to move a certain way and it just wouldn’t. My injuries made it all the more difficult to get back, because everytime I tried to do something I used to do, they would just flare up. There were so many of them, I couldn’t really handle it. It was really, really difficult,” Hrithik says.

We also get a sneak peek into Hrithik Roshan’s preparation for the first day of War shooting. He reveals from his vanity van that he hadn’t slept the night before and was concerned his puffy eyes would show on camera. He then calms himself down looking at the song “Pyar Ki Kashti” from his debut from Kaho Naa Pyaar Hai. Hrithik also gives his personal touches to Kabir by highlighting his natural face wrinkles and spots while keeping his grey hair and sideburns too.

Hrithik then shoots his first scene for War, which was his entry sequence where he is walking out from a helicopter.

Siddharth Anand directorial War was one of the highest-grossing films of 2019.