Bollywood star Hrithik Roshan has once again spoken up for Aryan Khan. Sharing a video clip of journalist Faye D’Souza and her interaction with a senior advocate from the Supreme Court, Hrithik wrote in his Instagram stories, “If these are facts, it is truly sad.” The Bombay High Court will resume the bail hearing of Aryan Khan on Thursday.

The said video clip saw Dushyant Dave, senior advocate, Supreme Court of India, mention how in earlier drug cases, accused was released on bail despite holding a much larger amount of drug than what was found with Aryan Khan’s friend Arbaaz Merchant. The lawyer also mentioned that in another case, a person who was accompanying the one found in the possession of drugs but claimed to not know about its origins was not even charged, let alone be arrested like Aryan Khan. 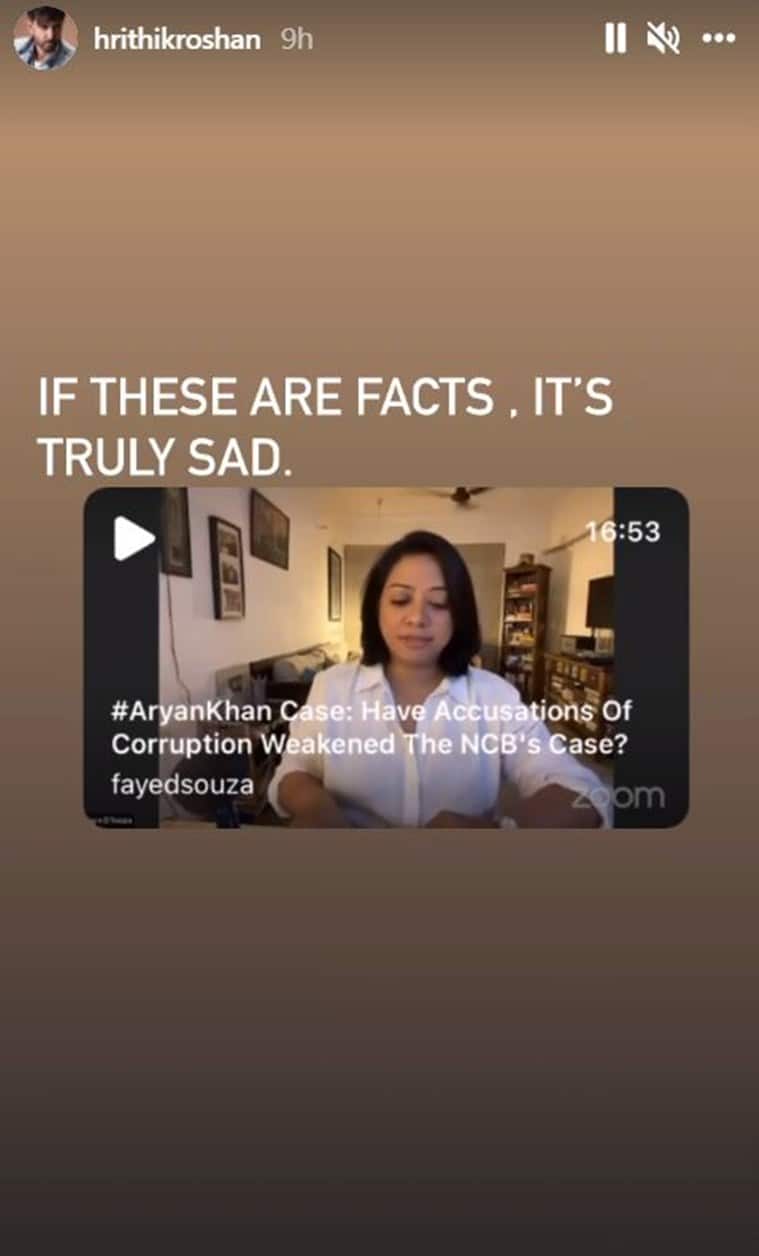 Hrithik Roshan had earlier penned a thoughtful open letter for superstar Shah Rukh Khan’s son Aryan Khan. The note was meant to provide moral support and strength in trying times. A section of it read, “My dear Aryan, Life is a strange ride . It’s great because it’s uncertain. It’s great cause it throws you curve balls, but god is kind. He gives only the toughest ones the toughest balls to play. You know you are chosen when amidst the chaos you can feel the pressure to hold your own. And I know you must feel it now. The anger, the confusion, the helplessness. Aaah , the very ingredients that are needed to burn the hero out from inside you. But be wary , those same ingredients could burn away the good stuff… the kindness, the compassion, the love (sic).”

On the work front, Hrithik Roshan was last seen in the action blockbuster War. The actor is currently filming Vikram Vedha, the Hindi remake of the Tamil hit which originally starred R Madhavan and Vijay Sethupathi in the lead roles.