Directed by Mahesh Manjrekar, Antim: The Final Truth features Salman Khan as a cop and his brother-in-law Aayush Sharma as a gangster.

Salman Khan on Monday released the high-octane trailer of Antim: The Final Truth. Directed by Mahesh Manjrekar, the film features Salman as a cop and his brother-in-law Aayush Sharma as a gangster.

As the team heaped praise on each other at the trailer launch, indianexpress.com quizzed Aayush if having Salman as a co-star is an advantage or is he nervous about the comparisons that will come his way.

“Even if he was not related to me, for any actor to be in a project which has Salman bhai is a great opportunity. I feel lucky that I am even on the poster. So it’s a huge advantage. As an actor, there’s certain things you learn while you are training, and a lot of things while on set. Most of his films have been so popular, hence it’s a dream come true that so many people will watch my films,” the Loveyatri actor said.

Apart from some over-the-top filmy dialogues, the trailer also gave a glimpse of some action-packed sequences. And like most Salman Khan films, Antim too will also feature a climax with shirtless heroes. 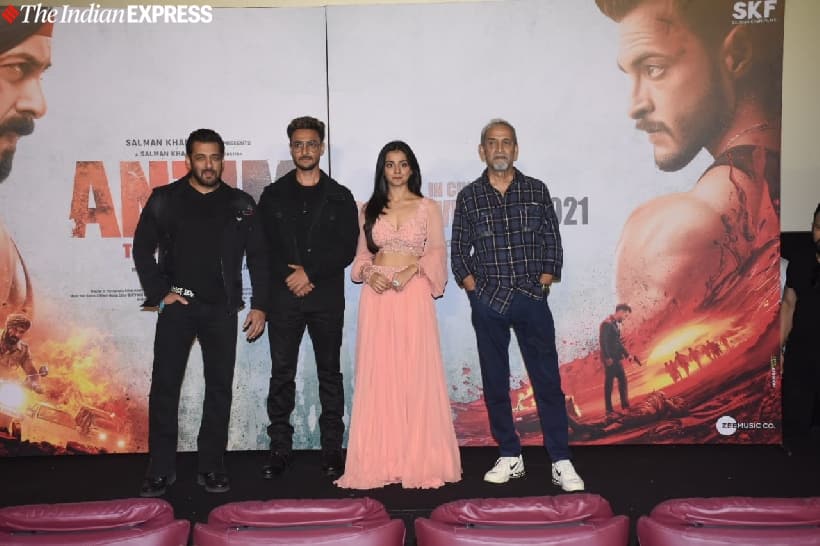 Salman Khan joked that he just worked for a few days on his body compared to Aayush Sharma who put in a few months. The latter, on the other hand, did confess that the thought of shooting the fight scene gave him sleepless nights.

He said, “I almost gave up and couldn’t sleep the whole night. I was scared and also asked him to go easy on me. We usually whistle on his scenes, and here I was about to be beaten up by him. The professional that he is, bhai asked me to not bother much and go all out while shooting.”

When a reporter further quizzed Salman if he criticises Aayush, the actor laughed to share, “I keep my criticism to myself. If I criticise him, he will go and tell Arpita, who will then call me. So sab mere pe aajayega (It will all come on me). He is an educated mature guy and knows his job well.”

Antim: The Final Truth will mark the Bollywood debut of television actor Mahima Makwana. It is set to hit cinema halls on November 26.