For Dhananjay, Rathnan Prapancha offered a much-needed change from the kind of characters he had been playing in Kannada cinema. 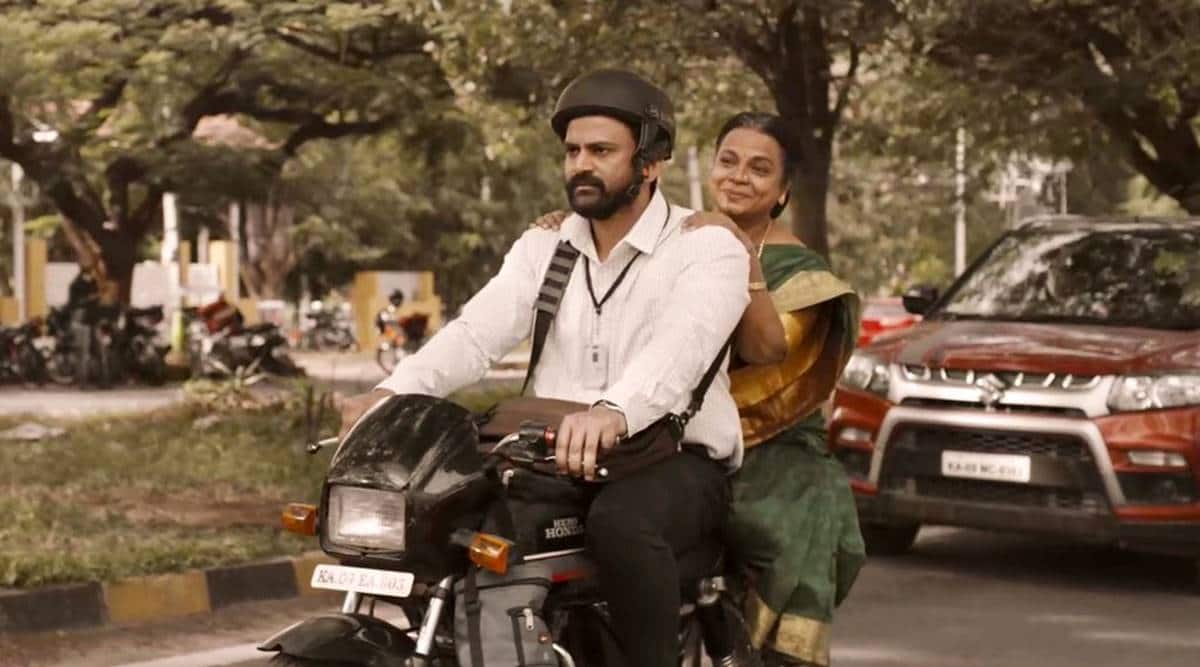 Kannada filmmakers don’t have to import actors from Mumbai with good looks and bulging muscles to play antagonists anymore. They now have Dhananjay for it. With a deep understanding of the milieu and Kannada language, Dhananjay channels a very innate coolness in every villainous character he has played in movies so far. And now, he refuses to be pigeonholed as just the villain.

As the actor is all set for the release of Rathnan Prapancha, he says he didn’t need any convincing for the role from director Rohit Padaki. “I said yes immediately after the first narration,” Dhananjay told indianexpress.com. For Dhananjay, Rathnan Prapancha offered a much-needed change from the kind of characters he had been playing in Kannada cinema.

Be it his breakout character Daali in Tagaru, or Tiger Seena in Popcorn Monkey Tiger or Antony Joseph in Yuvarathnaa, he made villains relatable. Dhananjay, however, wants to diversify his acting talent and not remain content with playing memorable villain roles. “I always wanted such roles. I started my career playing common-man roles. But, after Tagaru, my career took off on a different path. I think I should thank Rohit Padiki for coming with such a good screenplay and character. He knows me from my first film. He told me that the positive side of my personality has not been explored fully. I was a little worried at the beginning. I kept asking whether people would accept me in such a role even while shooting. But, it was Rohit who was confident that my character will be a big hit with the audience,” Dhananjay said.

And Rohit’s confidence seemingly paid off. The trailer of Rathnan Prapancha made all the right noises as it was a pleasant surprise to see Dhananjay not wielding a blade with a murderous rage. “I got such good feedback from everyone after the release of the trailer. I can play a big don. I can be Jayaraj, or Dolly or any other gangster or even do an action hero role. At the same time, I can also play a common-man, who you can spot at Jayanagar 4th block. Or a guy from a village. I think I’m closely connected to such middle-class characters,” remarked Dhananjay.

Dhananjay noted that Rathnan Prapancha will also be a memorable movie in the careers of all its actors. The film’s supporting cast has Umashree, Shruti, Reba Monica John, Pramod Panju, Anu Prabhakar and Ravishankar Gowda among others.

Dhananjay is also basking in the success of his latest film Salaga, which was released in cinemas last week and emerged as a box office hit in Karnataka. And yet, why did producers of Rathnan Prapancha, which is significant in terms of its scale and scope, decide against giving it a theatrical release?

“Theatrical releases are very important for me. We need to encourage and nurture celebrations at theatres. At the same time, we should also explore the digital market, which is today bigger than ever. We aim to reach the audience in other parts of the country. During the lockdown, many actors of other languages reached us through OTT platforms. Similarly, we thought Rathnan Prapancha had the right content to take our films and actors to the audience in other places,” Dhananjay explained.

Rathnan Prapancha will premiere on Amazon Prime Video this Friday.