‘I feel eyebrows change the expressions on a face.’

Shabana Azmi is among the finest actresses in Indian cinema.

Her range of performances and the layers she brings into every character — from Ankur to Paar to Khandhar to Godmother to the Web series The Empire — has earned her the reputation of being India’s Meryl Streep. Many would disagree with that description, arguing that she has an even broader range of histrionics than Streep!

Shabana looks back at her character in The Empire and tells Subhash K Jha, “I had to find a public and private persona to her. Cate Blanchett in Shekhar Kapur’s Elizabeth had the perfect balance of both and I took some inspiration from that.”

The Empire is your first experience on the OTT platform. What was it like?

It was challenging because we started shooting during COVID and in spite of all the precautions that were taken, our producer Nikkhil Advani tested positive, as did Director Mitakshara Kumar’s sister Shama, who is also her right hand.

There was considerable anxiety but then the spirit of the show must go on.

I enjoyed it very much.

It is different from doing a film, but for an actor adapting to any medium — whether film, television or theatre — is a part of the game.

The women in the Mughal dynasty have never before been shown to be so assertive. Was that your main incentive in doing the series?

I was intrigued by Esan Daulat’s character. She has many layers and there is very little reference to her, except for a painting.

So we had to take from whatever was offered in the book and then build a backstory for her.

She is the king-maker who puts Babur on the the throne when he is only 14.

Obviously, there is intrigue and machinations to be associated with her. And we had to explore her vulnerable side as well. 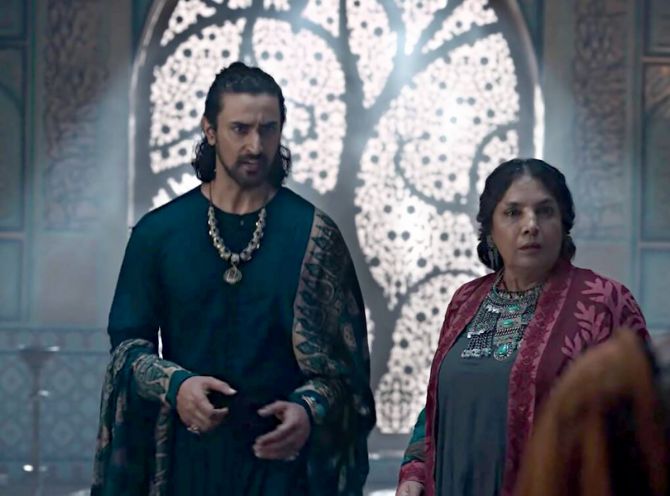 How did you succeed in finding the moral centre to your character?

We base all historical performances on a template of Mughal-e-Azam, for instance. I had to find a public and private persona to her.

Cate Blanchett in Shekhar Kapur’s Elizabeth had the perfect balance of both and I took some inspiration from that.

Your physical appearance for the part is striking. How did you decide on the look?

The women in the series are all strong and not peripheral like they often are.

I put in a lot of effort on Esan’s look.

I cut my eyebrows into half because I feel eyebrows change the expressions on a face.

I put a mole on the nose and some others on the face and neck to give a tribal look.

I pulled out my personal Central Asian antique jackets and (Costume Designer) Sheetal Sharma pulled out a lot from them.

We decided to do away from the usual emeralds and diamonds associated with kings and queens and opted for silver and beads.

When I watch the series, I feel that worked really well.

Mitakshara has a very keen eye and she used colour palettes which helped greatly.

You have always played strong characters. Would you be willing to play a victim, of say domestic abuse or political manipulation?

I would play a submissive woman if she has an arc and rebels in the end.

Or, if she doesn’t, then the intent of the maker has to be clear.

Is her submissiveness endorsed by the maker? Or does it result in revolt by the viewer that this cannot be allowed and the film acts as a catalyst for change. 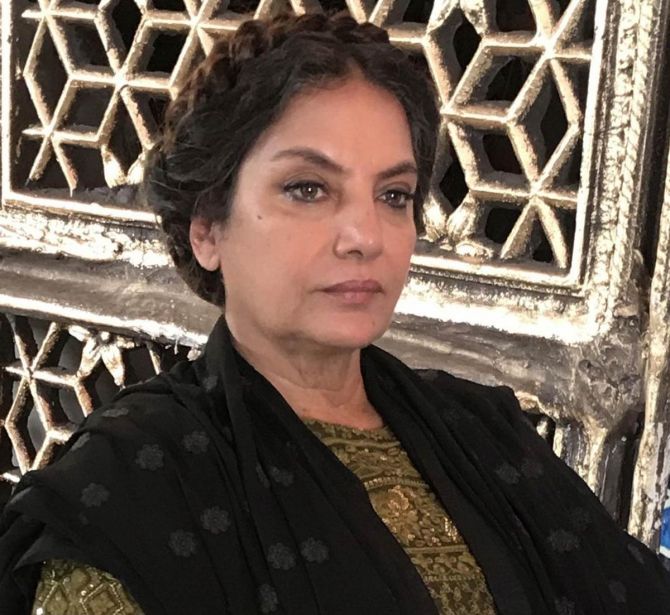 Do you think the future of cinema is on the digital platform?

I do think the digital platform is going to become even stronger because people have changed in how they view content.

Films will always remain, but I think the more experimental stuff is happening on the digital platform.

Audiences will be able to choose different endings, they will experience the weather, the smells etc.

The big screen films will have to develop an identity different from the digital world.

For actors, it is an exciting time.

So much of CGI and green screens are used that actors have to hone their imagination techniques. It’s like relearning.

In your career of nearly 50 years, which of your films do you consider to be a milestone and why?

I do not consider myself as a guru, but truly as a learner.

I learn from everyone, the young and the experienced.

It would be preposterous for me to say I glimpse Shabana Azmi in so and so!

The actors I like are Vidya Balan, Ranbir Kapoor, Alia Bhatt, Nawazuddin Siddiqui, Seema and Manoj Pahwa, and many, many, character actors.

The advent of the casting director has changed the ecosystem.

Today, they are being found from the hinterlands and from theatre. They bring a lot of freshness and also inspire the lead actors to work harder. 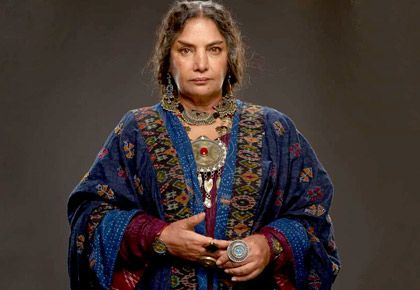