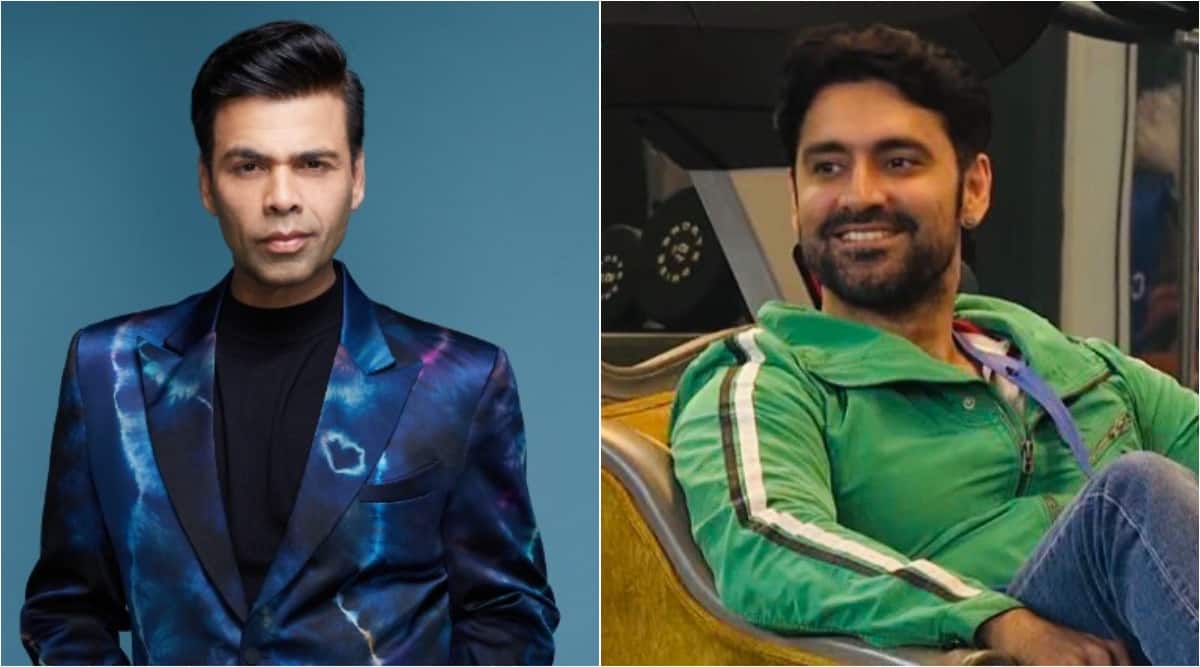 “While I had started enjoying the Bigg Boss OTT house, I am happy that I am back with my family,” shared Karan Nath, expressing his emotions on his eviction from the Karan Johar-hosted show. The actor and his connection Ridhima Pandit were ousted from the show after they received the least number of votes. In the house, Karan came across as a mere spectator and was hardly involved in the action.

In an exclusive chat with indianexpress.com, the Yeh Dil Aashiqana actor further said that he has no regrets about his journey. He said that he realises that inside the house, one has to play mind games, plan and plot to move ahead. “I was being myself. It’s my upbringing that I cannot target anyone without a reason. I never had a strategy and wanted to showcase my real self. I was there to spread love, and I did stand up for people whom I connected with,” he shared.

The actor further said that he has been receiving a lot of messages from people who feel he conducted himself quite well. “I never crossed a line, or did things only for content. And that is why I feel I don’t think I lost. My biggest victory is that I won hearts,” Karan added.

With fans demanding Karan and Ridhima’s re-entry in the game, the actor is clear he won’t go in with the objective to target anyone. “I would love to go back but I cannot change myself for the game. Honestly, my friends and family were shocked when I took up Bigg Boss, knowing what it demands. I took it as a challenge and I am thankful I did not let it break me down mentally. I managed to come unscathed and that’s a big achievement for me.”

The actor has no complaints about other housemates as he knows they are all playing the game. He added that he doesn’t have any resentment but will like to stay in touch with only a few. “Raqesh Bapat is like a brother now, and Divya Agarwal is a sister. So they both will always be my special people. Also, Ridhima was my connection and we genuinely had a lot of fun together,” he shared.

As readers would know, host Karan Johar has been facing a backlash for being partial towards Shamita Shetty. His behaviour with Divya and Zeeshan Khan also had many fans criticising him. On asked about his take on Karan Johar as a host, Karan Nath said, “He is very entertaining as a host, no doubts on that. What I didn’t like was that my niceness was ignored completely. He only discussed fights, hungama and controversies. If you are going to only highlight that, what is the kind of example you are setting? The good things should also be put forth for people to understand and know me better.”