Sanjay and Maheep Kapoor’s pretty daughter — who worked as an assistant on Janhvi’s Gunjan Saxena — will begin shooting for her first film in July.

Before we get ready for Shanaya’s debut, let’s take a closer look at the 21 year old.

Karan announces that it’s time for Shanaya to ‘shine bright’.

We had a glimpse of this pretty girl in KJo’s Web series, The Fabulous Lives of Bollywood Wives, where a large part was dedicated to Shanaya’s introduction to showbiz. Shanaya will be launched by the Dharma Cornerstone Agency, which has also signed up talent like Tripti Dimri of Bulbbul fame. 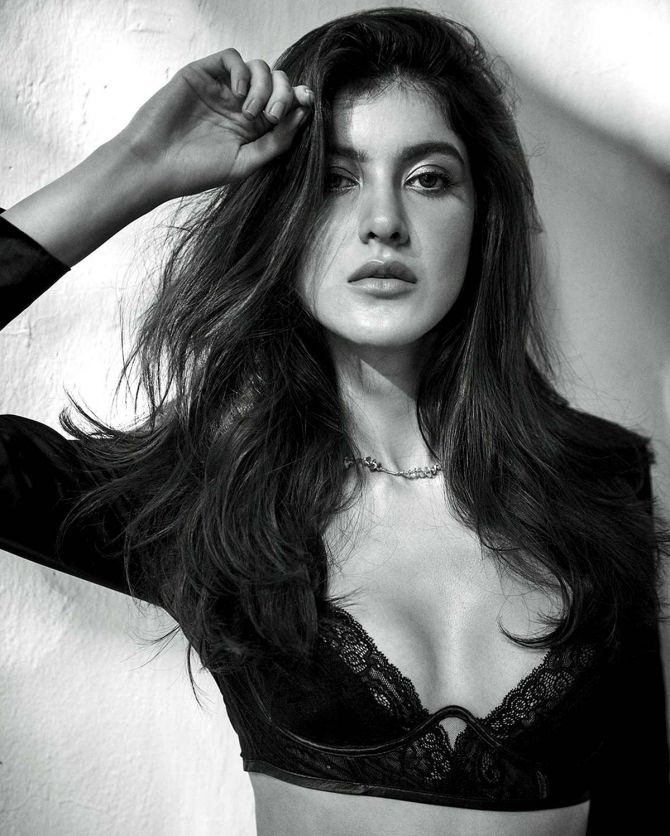 Proud daddy Sanjay Kapoor welcomes the launch with a post: ‘With her unabashed enthusiasm, resilience & sparkle – My daughter is all set to take over your screens soon. Give her your love & blessings as she is ready to start the journey of her FIRST FILM with @Dharmamovies this July.’ Shanaya’s excitement can be felt with her post: ‘Woke up today with the most grateful heart! Here’s to a great journey ahead with the @dcatalent family. Excited to kickstart my FIRST FILM (ahhh!!) this July by @dharmamovies, can’t wait for you all to see what we’re up to!’ Mommy Maheep asks for love and blessings, as her girl is ready to ‘take over your screens soon’. Are you looking forward to seeing Shanaya’s first film? Do write in the message board below.