Shilpa returned home, to Mumbai from Jammu on Thursday night. The actor had gone on a pilgrimage to Vaishno Devi shrine. 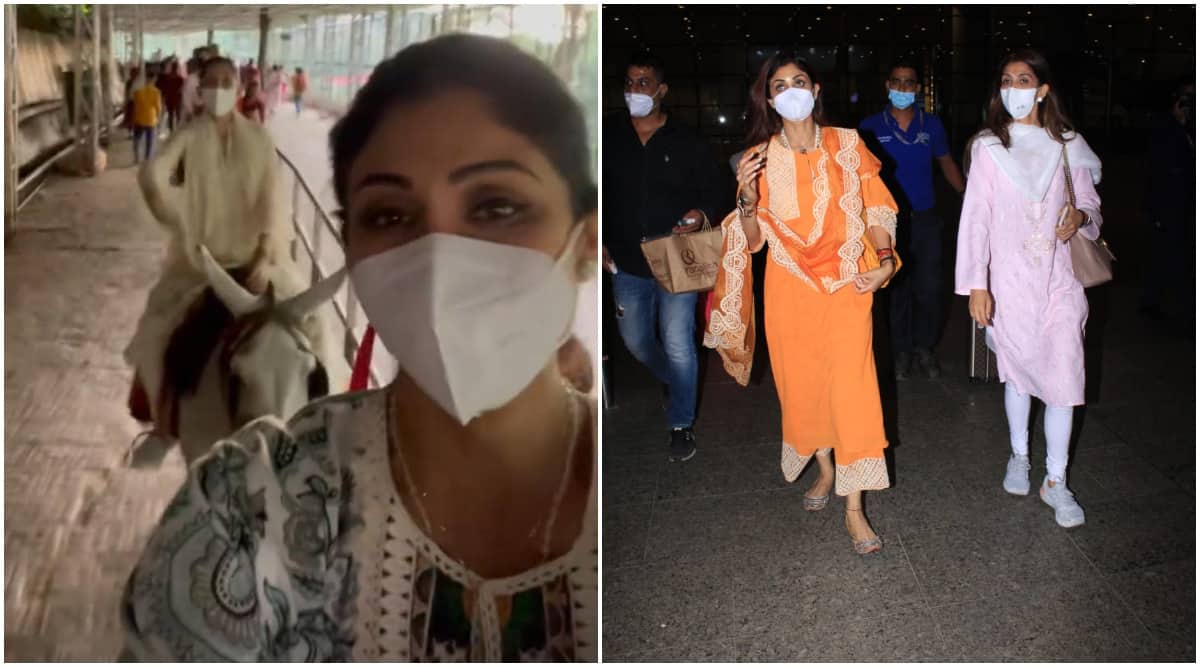 Shilpa went for the yatra along with her good friend Akanksha Malhotra. The life in a Metro actor had also shared a self portrait with Akanksha where she is seen wearing a bright orange salwar-kameez.

Shilpa shared a few glimpses from her Vaishno Devi yatra on Instagram. Taking to Instagram story, Shilpa shared a video where she is seen riding a pony, and chanting ‘Jai Mata Di’ as she heads towards the temple. On her arrival at Katra, the base camp of the cave shrine, the actor went ahead on a horse. She was accompanied by police personnel. As per PTI reports, the actor said she was very happy to be there. “It was due to the goddesses’ call that I came all the way to pay obeisance to her,” she said while chanting ‘Jai Mata di’ during the journey. After completing her pilgrimage, Shilpa returned home from Jammu to Mumbai on Thursday night. She was photographed by paparazzi stationed outside Mumbai airport. Shilpa has been in news since July this year after the Mumbai Police arrested her husband Raj Kundra last month for allegedly producing and distributing pornographic clips on mobile apps. He is currently in jail.

Shilpa had taken to Instagram to share a statement on the matter. Stating that ‘the past few days have been challenging’, she wrote, “A lot of unwarranted aspersions on me cast by the media and (not so) well wishers as well. A lot of trolling/questions posed… not only to me but also to my family. MY STAND… I HAVE NOT COMMENTED YET and will continue to refrain from doing so on this case as it is subjudice, so please stop attributing false quotes on my behalf.”

She further added that she and her family don’t deserve a media trial. “As a family, we are taking recourse to all our available legal remedies. But, till then I humbly request you – especially as a MOTHER – to respect our privacy for my children’s sake and request you to refrain from commenting on half-baked information without verifying the veracity of the same. I am a proud law-abiding Indian citizen and a hardworking professional for the last 29 years. People have put their faith in ME & I’ve never let anyone down. So, most importantly, I request you to respect my family’s and ‘my right’ to privacy in these times. We don’t deserve a media trial. Please let the law take its course. Satyamev Jayate!”