Like she does every year, Kajol attends Durga Puja celebrations at the North Bombay Sarbojanin Durga Puja or the Mukherjee Bari Pujo in Juhu, north west Mumbai.

This year, the pandal is only open for members due to COVID-19 guidelines.

Please click on the images for a better look at Kajol and other members of the Mukherjee family. 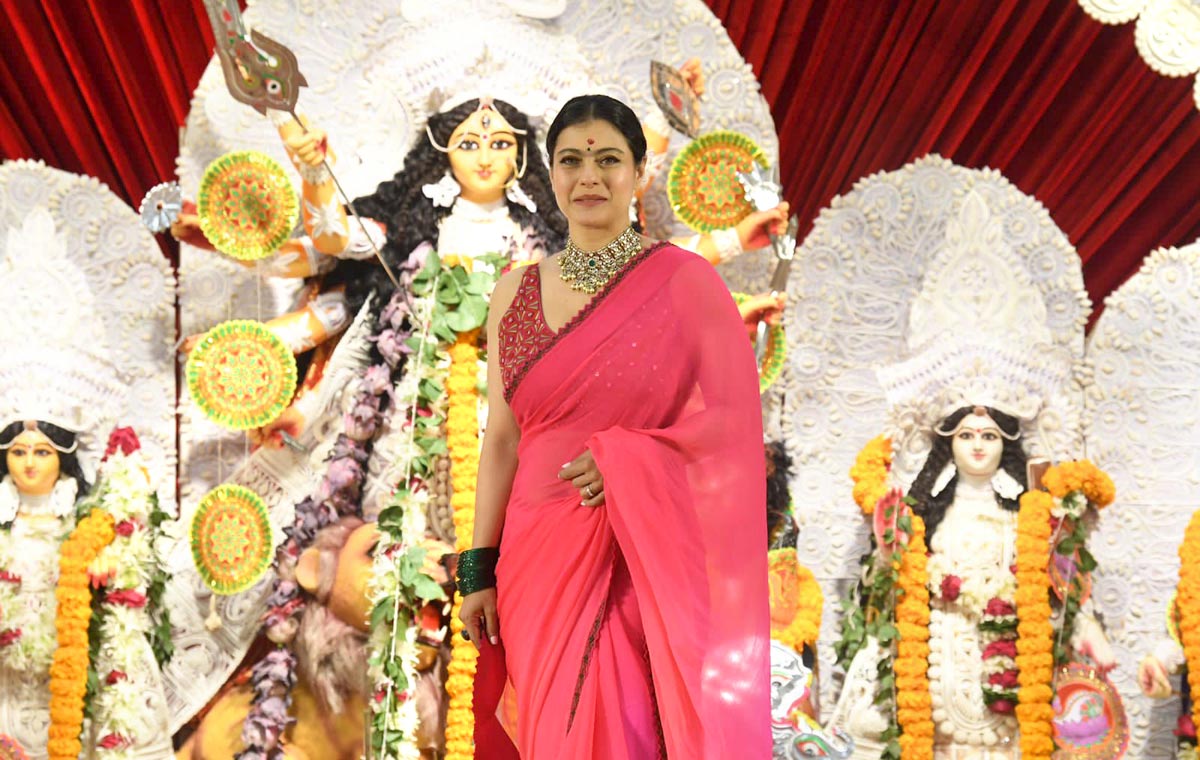 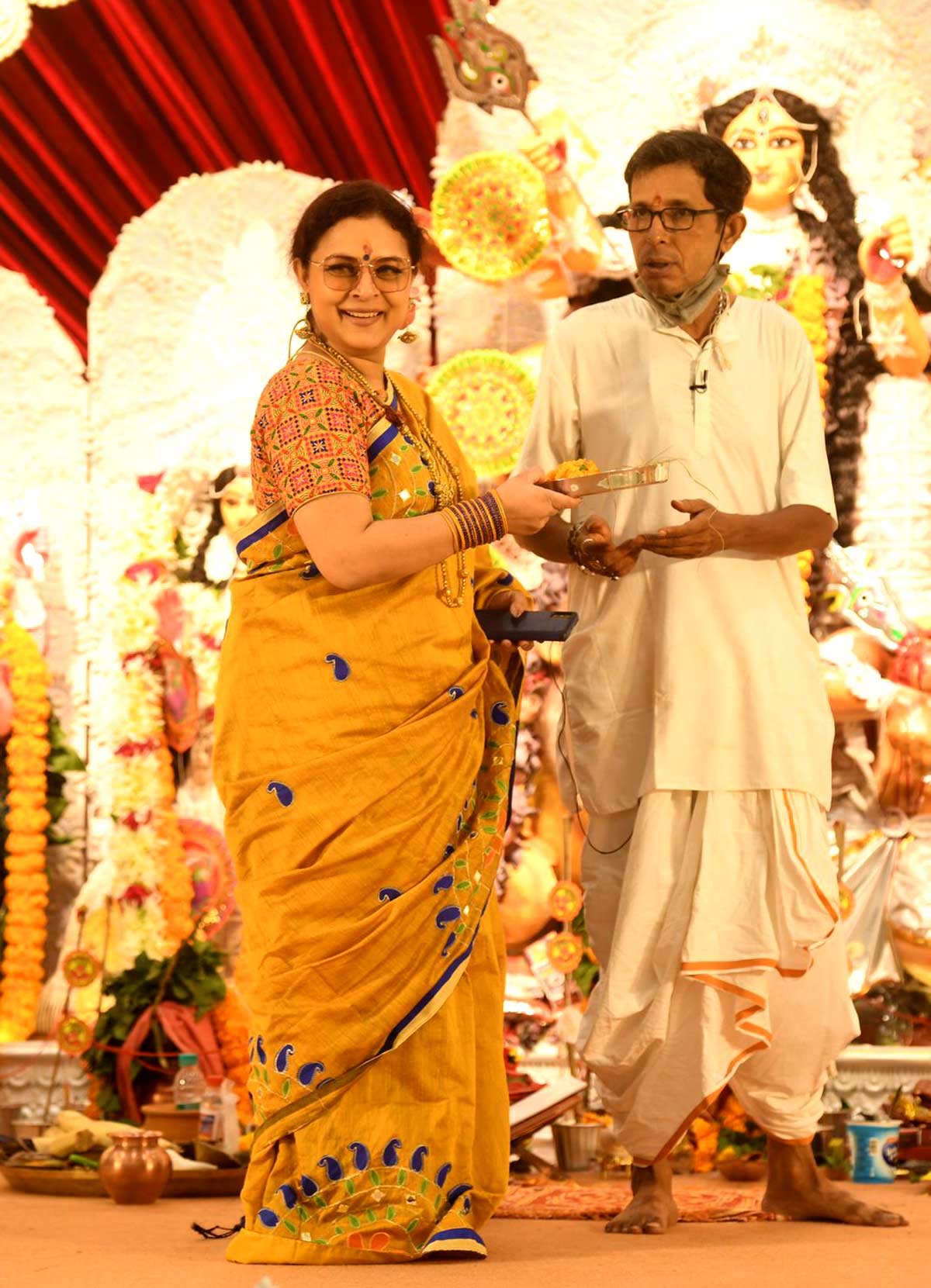 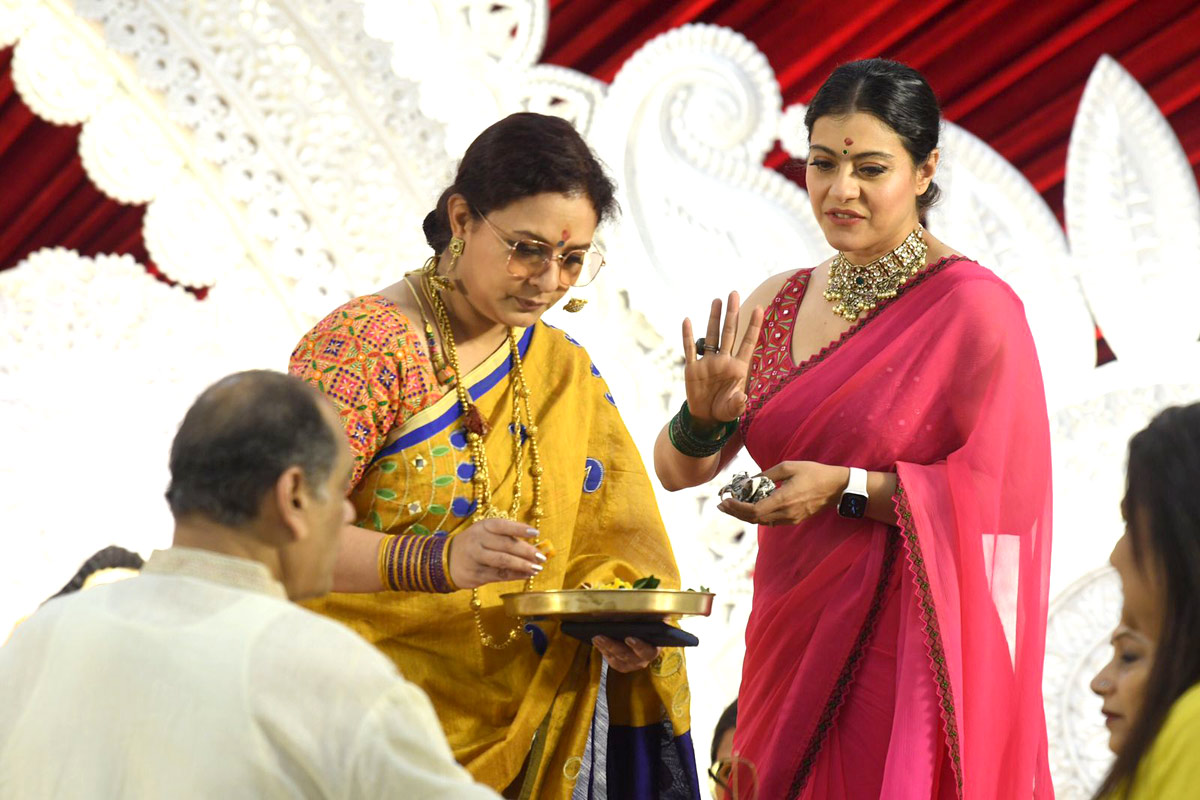 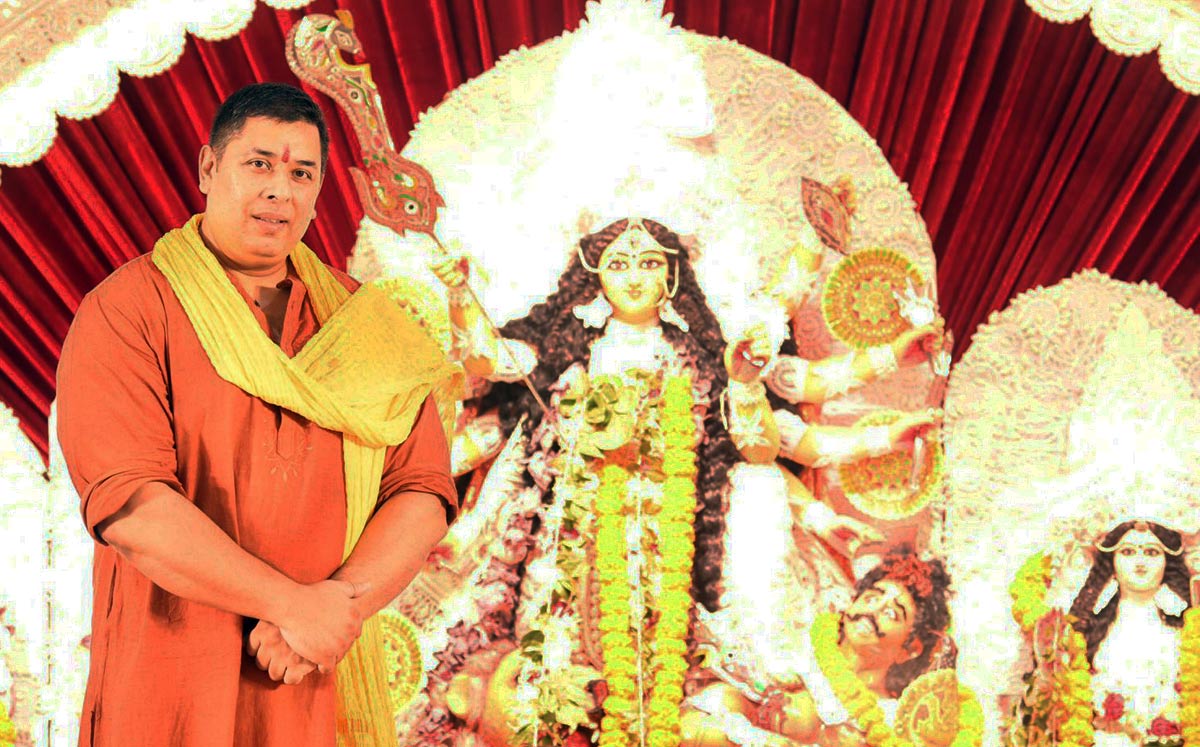 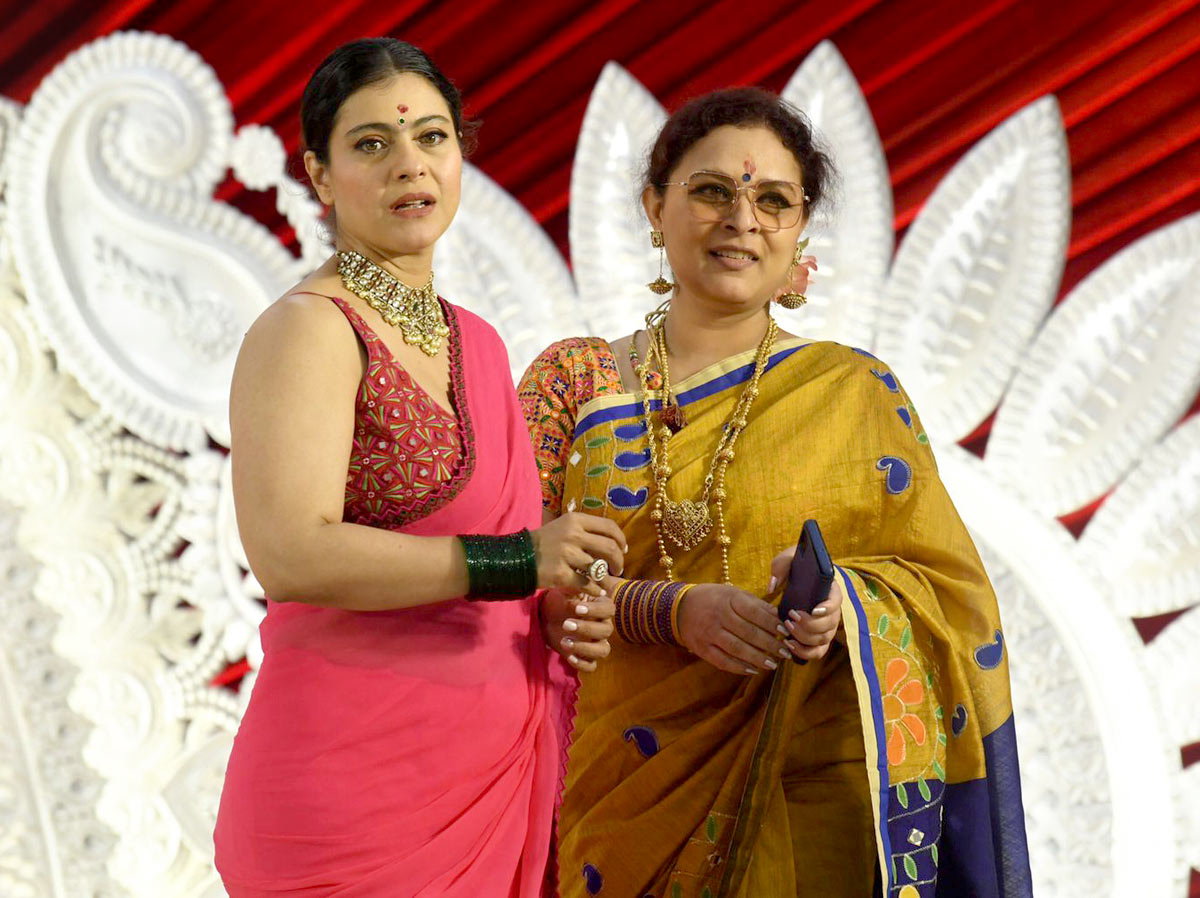 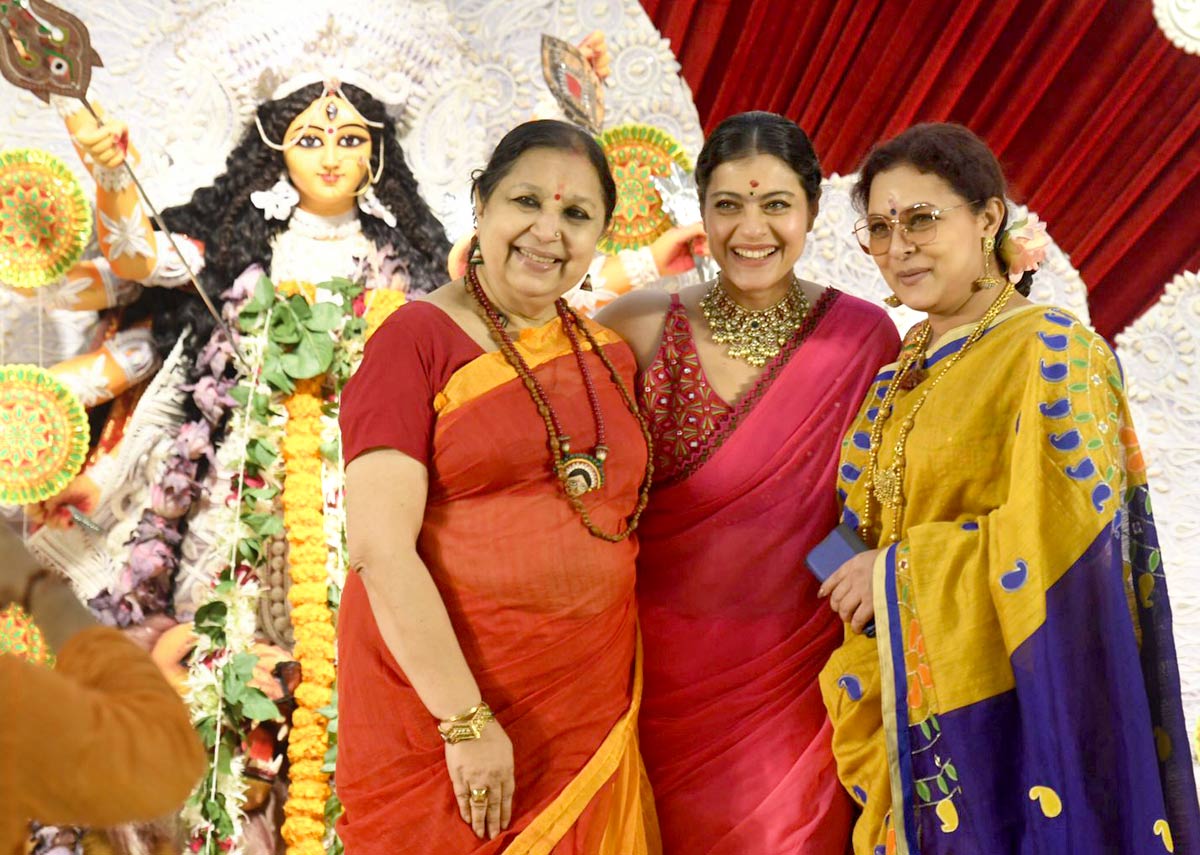 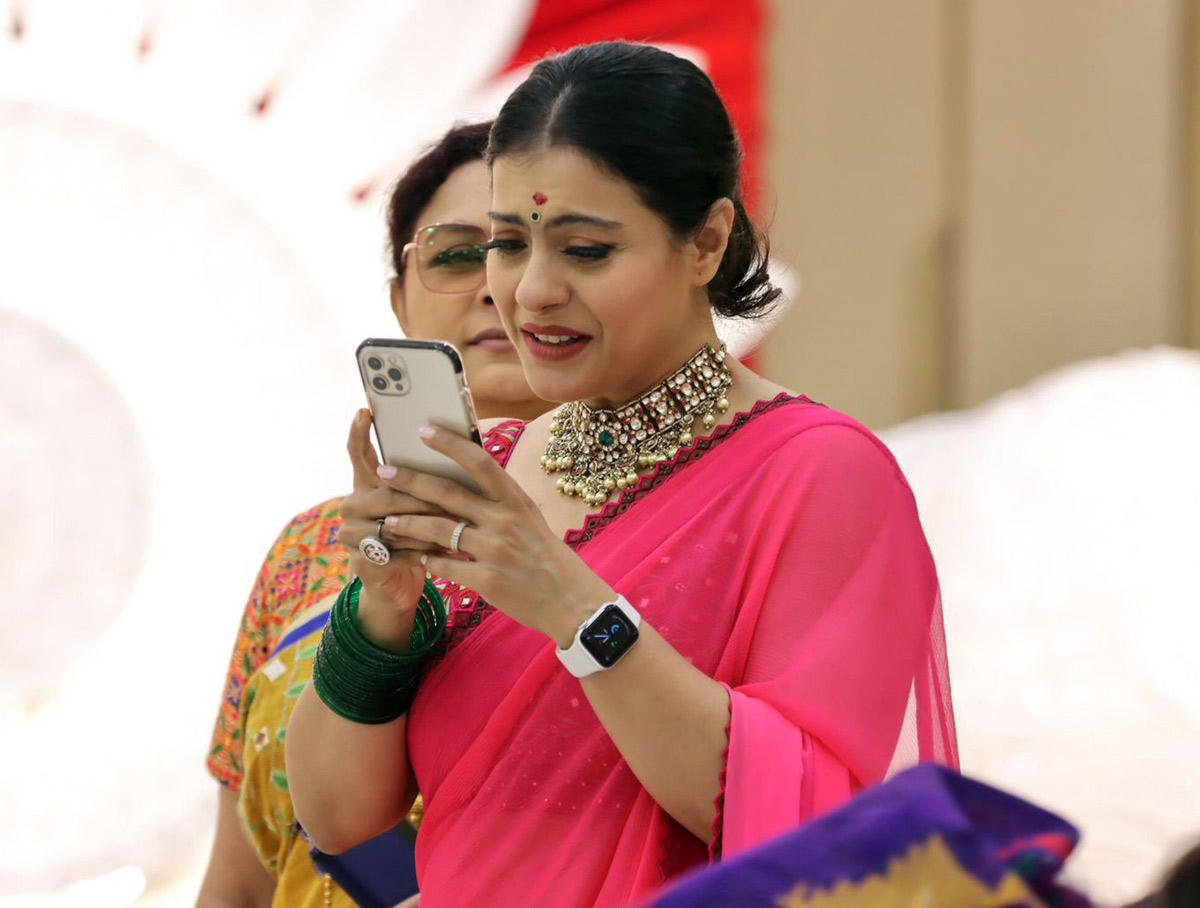 IMAGE: Kajol gets weepy looking at pictures on the phone. 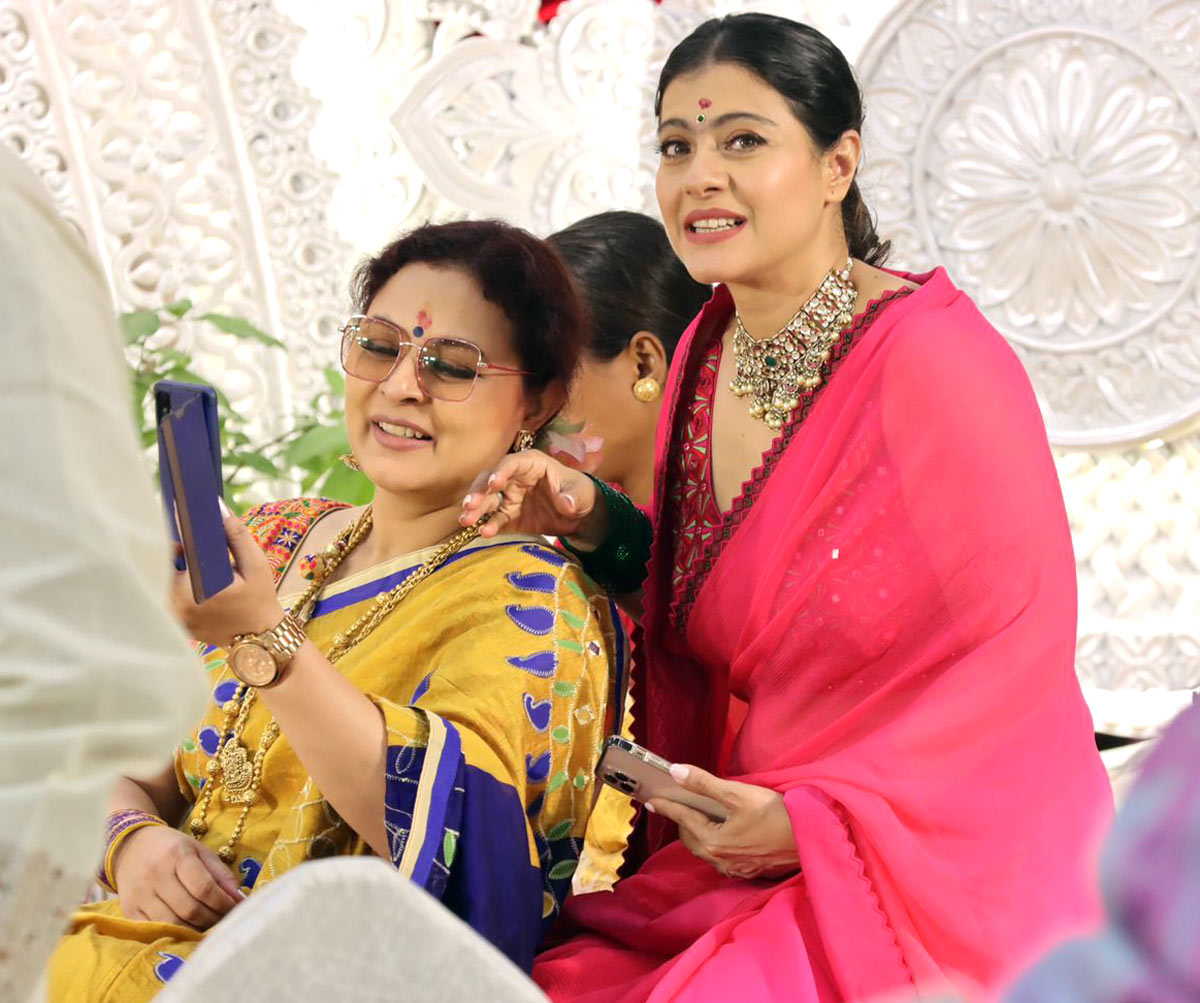 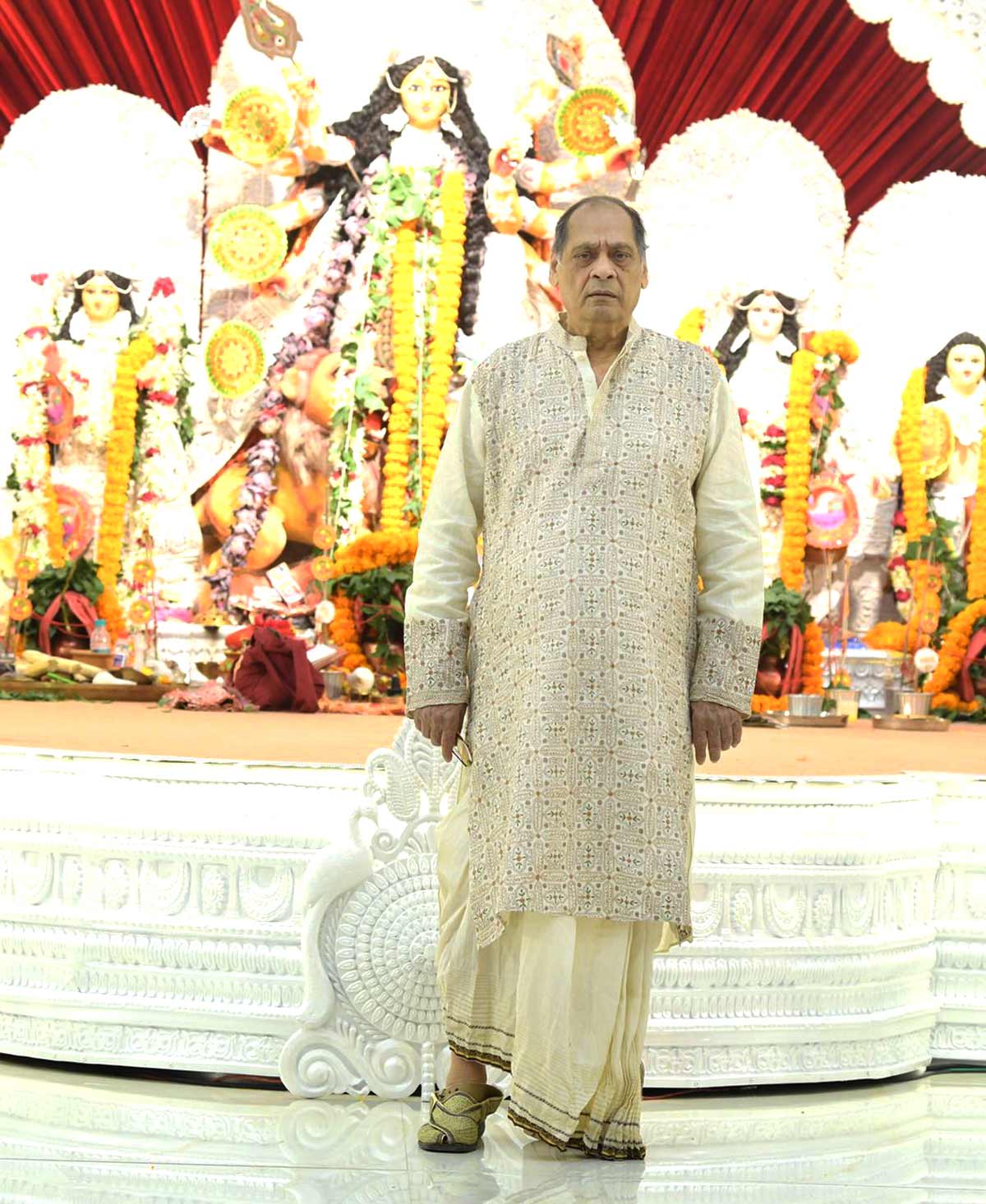 IMAGE: Deb Mukherjee, a founder member of the Samiti, has two children: Daughter Sunita is married to Director Ashutosh Gowariker; son Ayan is the well-known director whose Brahmastra, featuring Ranbir Kapoor and Alia Bhatt, should release next year. 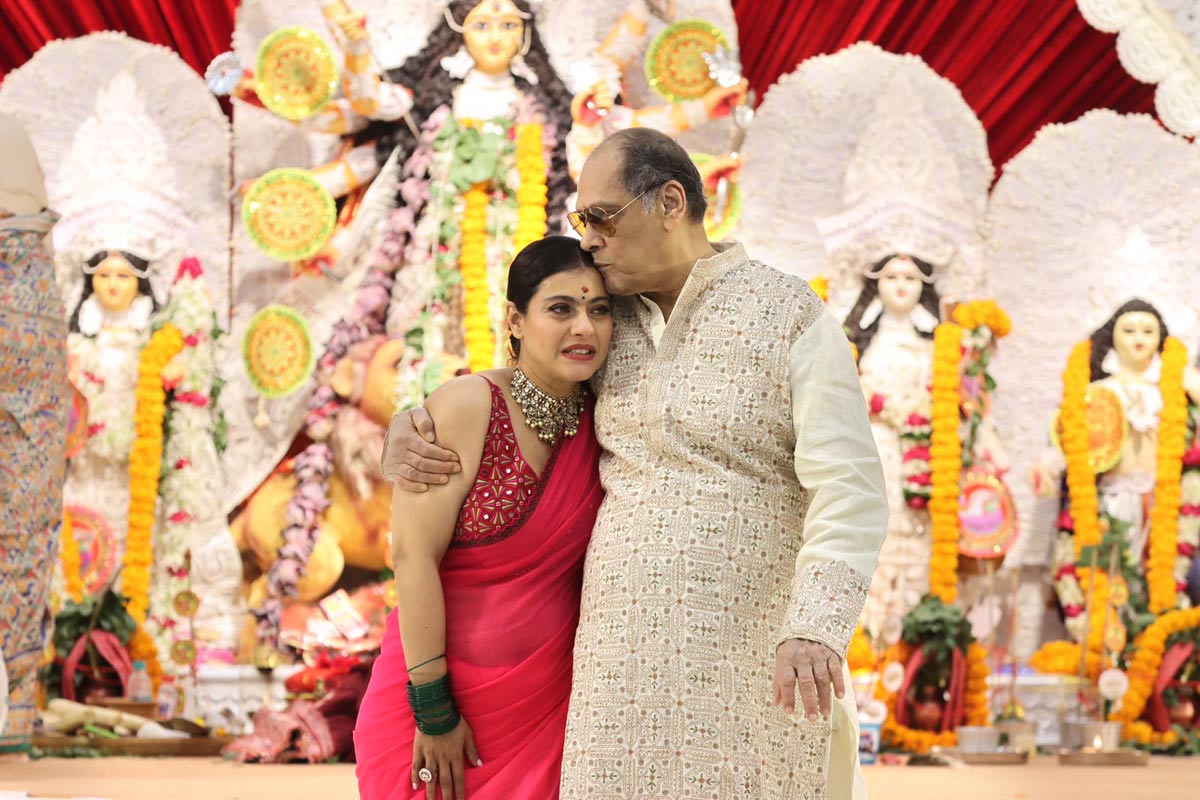 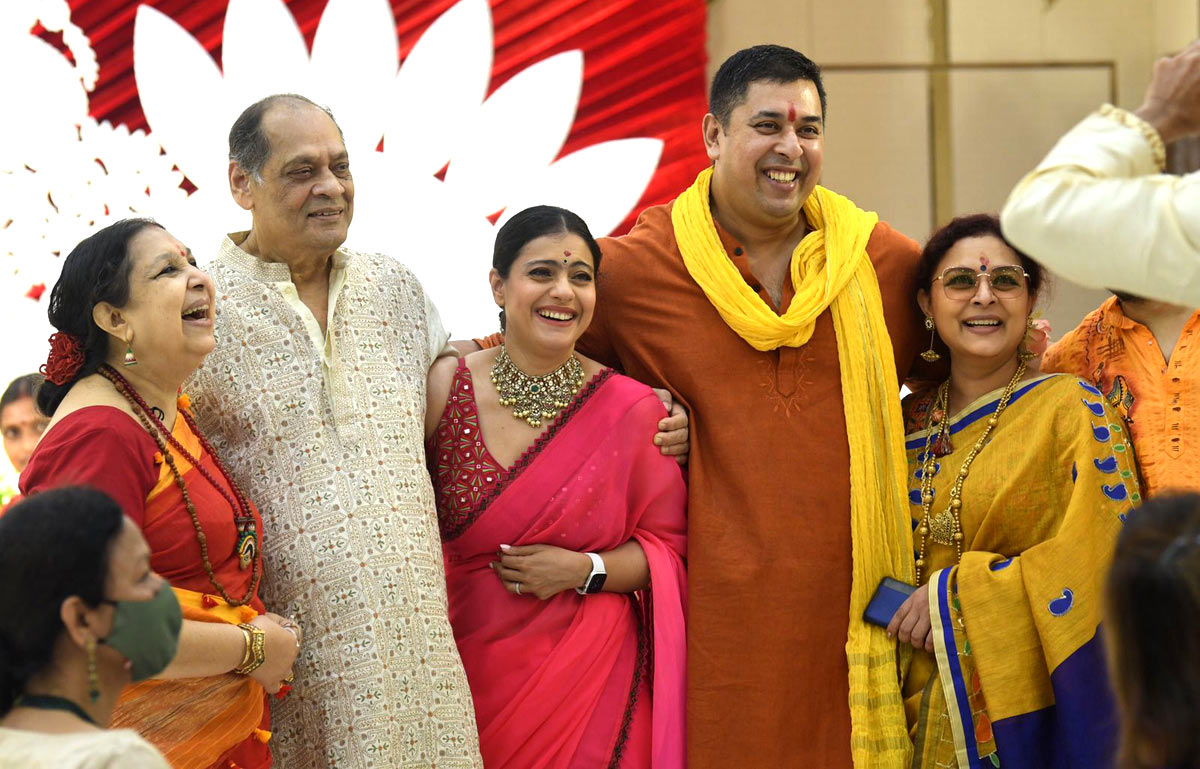 IMAGE: Time for a family photograph. 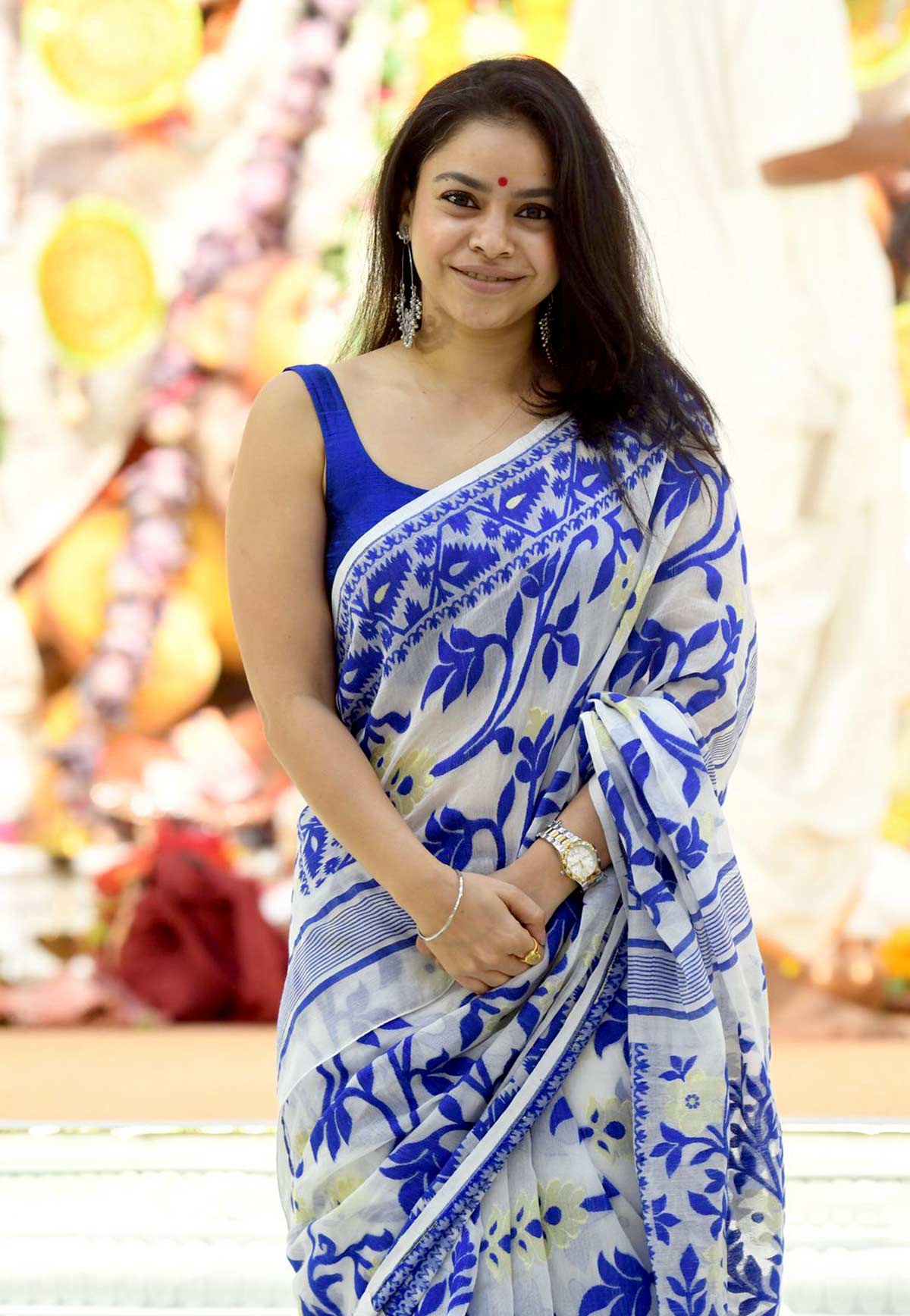 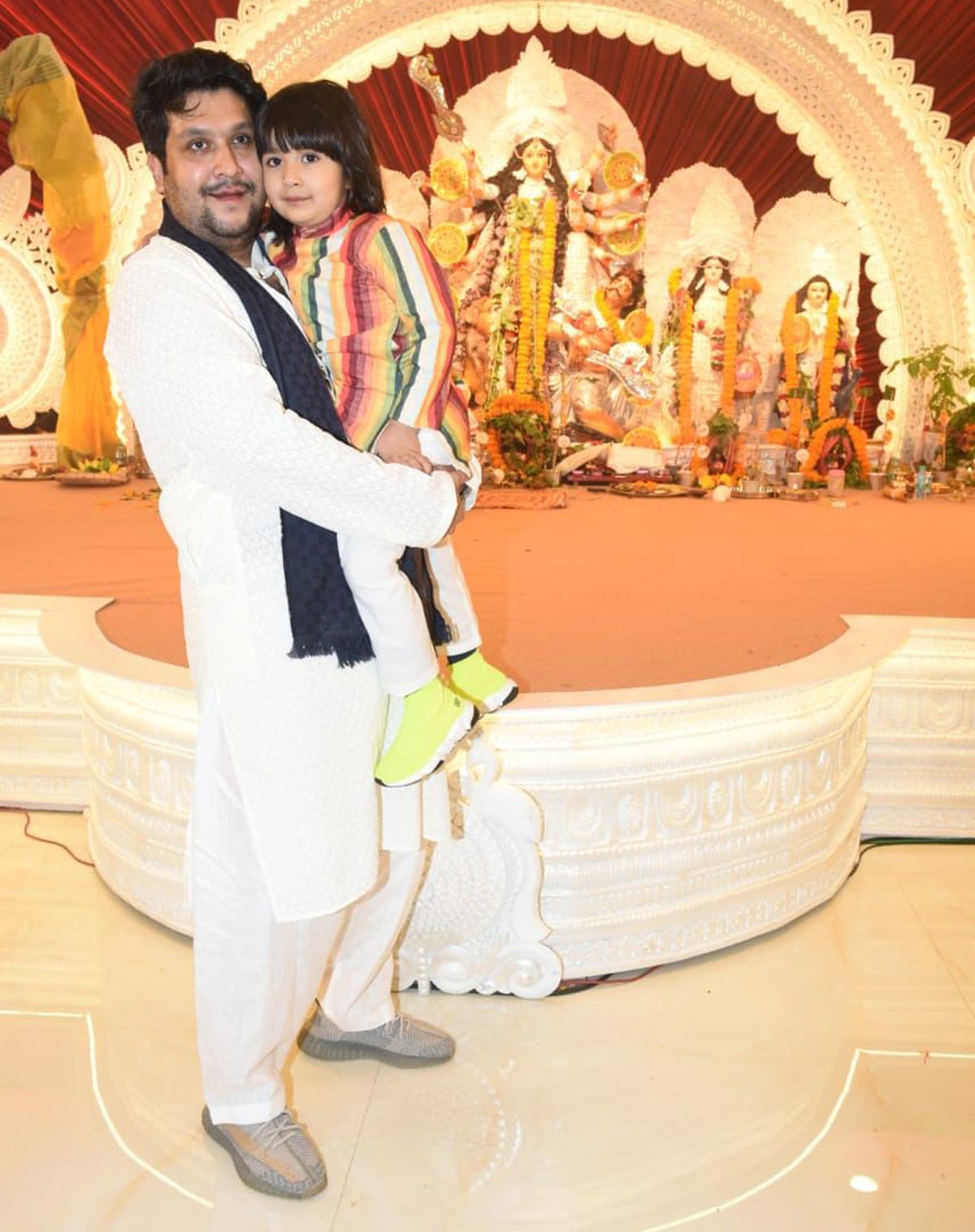