At a Euro 2020 press conference, Cristiano Ronaldo pushed aside two bottles of Coca-Cola placed on the table before holding up a bottle of water. 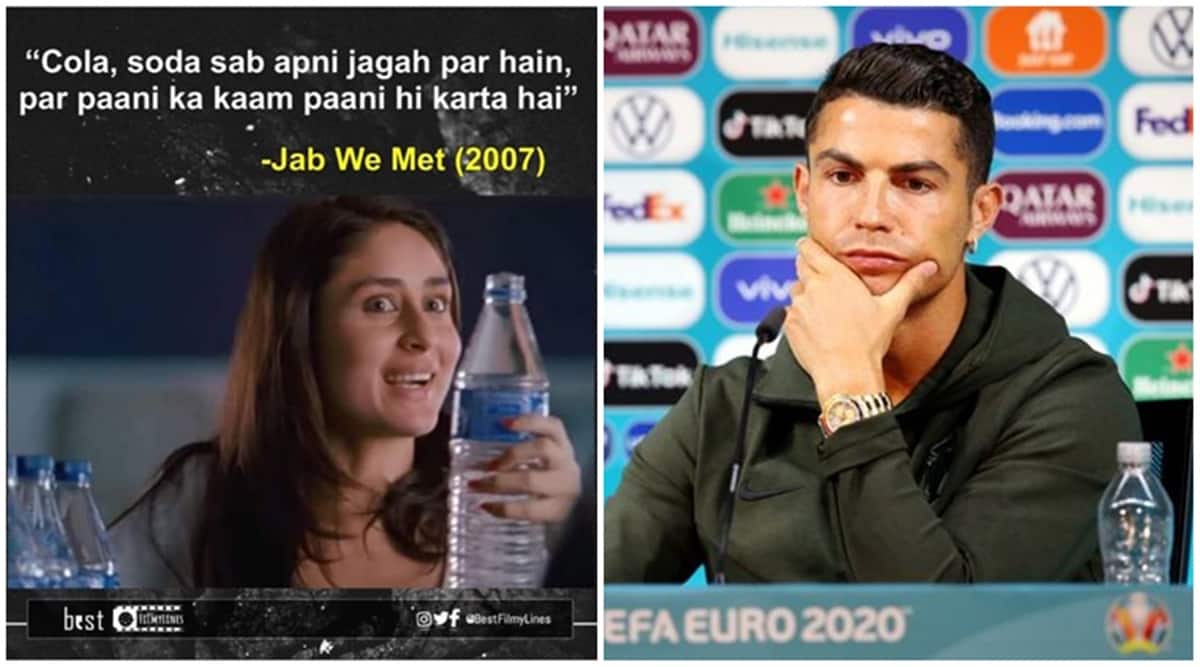 Bollywood actor Kareena Kapoor Khan has joined the latest meme fest courtesy Cristiano Ronaldo who, at a Euro 2020 press conference, pushed aside two bottles of Coca-Cola placed on the table before holding up a bottle of water. This action of the footballer saw the market value of the beverage brand drop by a mammoth $4 billion.

Among the several memes doing the rounds is a scene from Kareena Kapoor’s Jab We Met (2007), where her character Geet is seen telling a shopkeeper (played by late Asif Basra) at a railway station that Cola or Soda cannot quench one’s thirst like water does. The hilarious scene and the dialogue had become popular even at the time of the film’s release. Kareena Kapoor Khan shared the meme and captioned it with a couple of emojis. Jab We Met director Imtiaz Ali also hoped on the meme bandwagon, sharing the entire scene from the film.