Hum Do Humare Do actors Kriti Sanon and Rajkummar Rao will talk about their affection towards Amitabh Bachchan on Kaun Banega Crorepati 13. The episode will air on October 29. 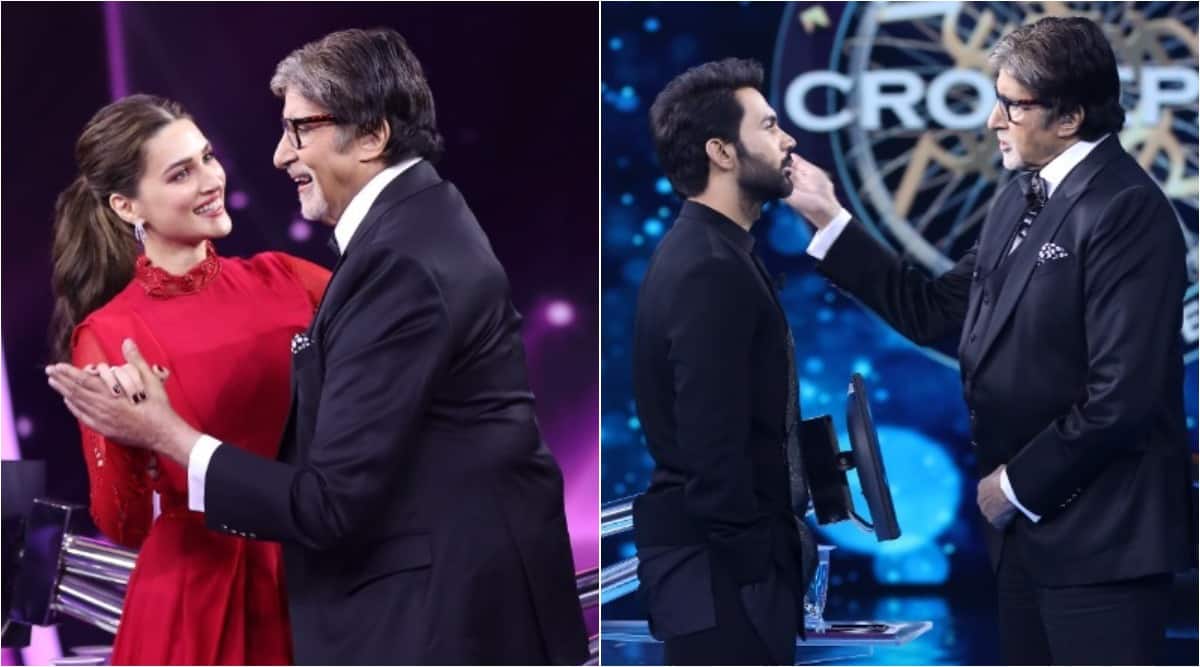 The upcoming episode of Kaun Banega Crorepati 13 will see the lead stars of Hum Do Humare Do, Kriti Sanon and Rajkummar Rao, joining Amitabh Bachchan for a gala time. The ‘Shaandaar Shukravaar’ special will see the actors opening up about their affection towards Big B, and even share individual stories describing their respect for the megastar.

Both Kriti and Rajkummar had received handwritten letters from Bachchan for their performance in Bareilly Ki Barfi. While interacting with Amitabh Bachchan, Kriti will share that she has laminated the letter so that it does not get spoilt. She also shared that given this generation is not used to hand-written letters, she felt it was a warm gesture. “And when Sir sent it, I replied to him in a (text) message. Then Sir said, ‘Aree tumne wapas jawab de diya (you replied this way)’. I didn’t understand what happened, and it clicked to me later that I needed to respond back in a similar way. Then after I got home, after a very long time, I wrote a letter and sent it over to you.”

Rajkummar, on his part, will leave Amitabh Bachchan impressed with his mimicry of Shah Rukh Khan and Sunny Deol. The host would be shocked to see him enact Devdas and Tara Singh from Gadar with full conviction. Rajkummar will also share that as a child, he ended up crying while watching Agneepath. “Sir, after the film got over I ran into my room and I covered my face with the pillow and started crying loudly. As I was convinced that Amitabh Bachchan has died and I was telling God, ‘How can this happen, please bring back Amitabh Bachchan, God. How can God do this, he can’t die’. Then my mother came and told me that this is just a film and it’s not real,” he shared.

Apart from this, Kriti Sanon will also be seen going down on one knee to propose to Big B, followed by performing a ballroom dance. Rajkummar too would enjoy his unfulfilled dream of sharing the screen space with the megastar, and even enact a Deewar scene with him. The Hum Do Humare Do actors will play the game to support the education of the girl child.