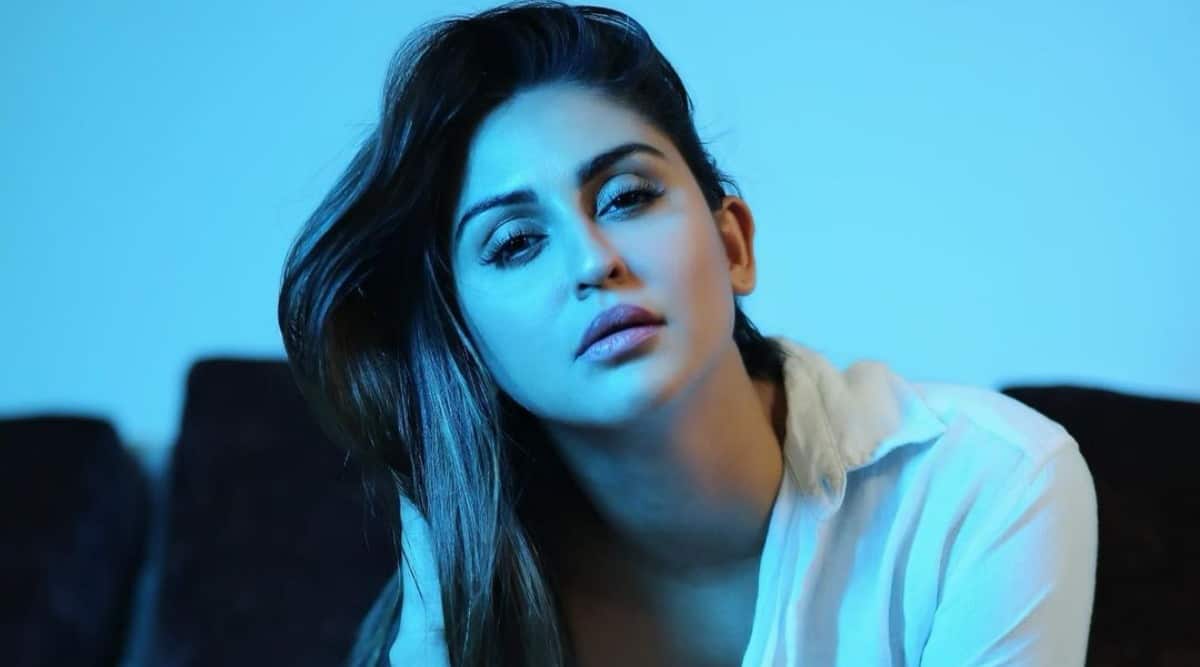 After making her mark in television, Krystle D’souza is all set to make her big Bollywood debut with Chehre. Calling it an ‘overwhelming, amazing feeling’, the actor said that she has waited for a project like this for long. The Rumi Jaffery directorial also stars Amitabh Bachchan and Emraan Hashmi in lead roles.

Not ready to share insights about the character or film given the subject of the film, Krystle shared that Chehre talks about the many sides to a person, and the masks humans wear. She added that every character in the film is an important one, and she cannot wait for the audience to watch it.

The Ek Hazaron Mein Meri Behna Hai actor went on to share an interesting anecdote on how Chehre came her way. “I was out with my mother one evening and I was called for an audition. Since it was late, and I was a little far from the place, I asked them if I could come tomorrow in the morning. However, stating that it was urgent, I was asked to rush. Once there, I saw many actors, who we all know, walk in and out, which made me nervous if I will bag the role or not. I gave my best and the makers loved my tape. They even sent it to Bachchan ji, who approved it. Everything just happened super quick and I am just glad that I decided to go and audition at 8 pm that day, and didn’t wait for the morning,” Krystle shared in an exclusive chat with indianexpress.com.

Heaping praises on her co-stars, the actor said that it was surreal to be working with such acclaimed actors. She said, “Honestly, with Big B, I pinched myself every two minutes, as I couldn’t believe I was working with the legend himself. As for Emraan, he was so supportive and made me feel very comfortable. I was nervous given it was my first time on a film set, but all thanks to him there was never a moment of uneasiness. He is a thorough gentleman and took care of me. Apart from being a brilliant performer, he is also a very humble person.”

While working with Bachchan and Emraan is an achievement in itself, we wondered if she had any fears of being overshadowed by them. Using her life’s motto as a reply, Krystle said, “There’s enough sun for everyone, and someone else’s shine will never dim us. It might shine some light on you. In a film like Chehre, every character is very important to the storyline. At the end of the day, it is an Emraan-Big B’s film but I too have a performing part. Looking at it in a different light, I feel it’s a plus point for me to make my debut with them leading the film.”

After finding success on TV, how does she find the process to audition for film roles? “It’s actually very exciting. In every audition, one has to play a character and even prep a bit. So I enjoy the process as you do get to act, at the end of it. Though I do get hopeful every time, and sometimes things don’t work out. On TV, we have made a name for ourselves, and people call us directly when they have something for us. However, this new space somehow also helps in building self-confidence. We know we have bagged a project because of that one audition tape. It’s self-reassurance that you do a good job, and people liked your acting.”

A lot of small screen actors have spoken about how they are looked differently when they head to the world of cinema. But this Belan Wali Bahu star shared that things have changed with the rise of digital and social media. She shared, “The lines have blurred and people now know your real personality. You are no more identified as a character. Earlier, Mona Singh was not allowed to be step out without her bangs and glasses but now, an actor doing a similar role will be themselves on Instagram. You also get papped around, so things are no more the way it was earlier.”

Krystle is also clear that while she is open to doing television again, the long commitment might hold her back. “In this lifetime, I want to do a lot of characters. If I get offered a finite project, I would be more than happy to jump back on TV.”

The actor also opened up about Chehre releasing in theatres. Given a lot of states are yet to re-open cinema halls, Krystle said that it’s disappointing but this is the best they could do amid the pandemic, “I really wanted to go and watch the film with my friends and family but since theatres haven’t opened yet in Maharashtra, that cannot happen. However, I cannot put my problem over global distress. I am just thankful that we are vaccinated now and safer than earlier.”

Lastly, we quizzed Krystle D’souza on her dating life to which she said with a laugh, “Yeh chehra kisi ke samne nahi aayega (No one will get to know about side),” adding that currently, she is not in a mental capacity to be with someone. “This is my life, my passion and I need to live my dream. I wouldn’t like to have anything that can take it away. If and when it happens, there would be nothing to hide. I believe love is something that needs to be screamed from mountains. And I dislike the fact that you have to hide your partner, that’s very hypocritical.”

Bankrolled by Anand Pandit, Chehre will release on August 27.