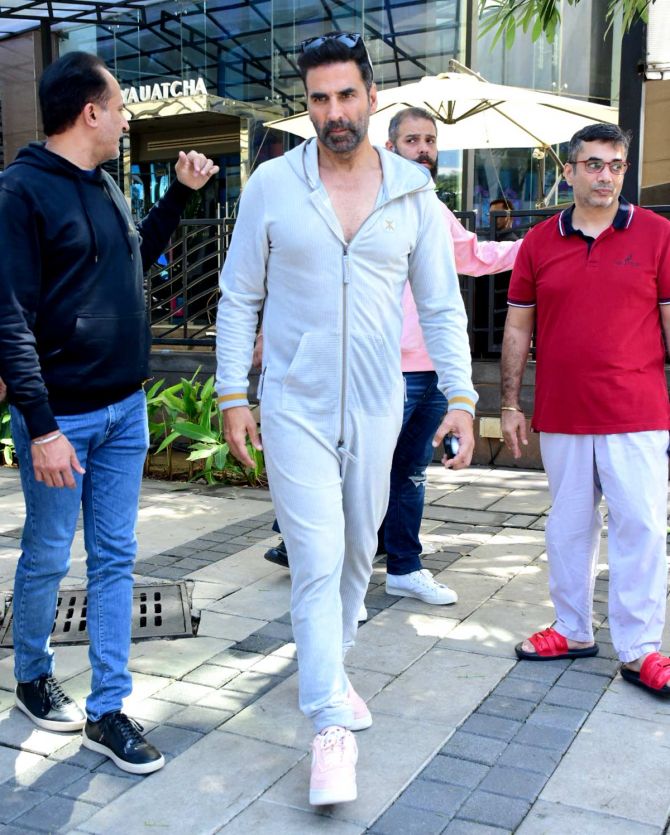 Akshay Kumar has a relaxing lunch before starting the promotions for his next film, Ram Setu, which will release on October 25.

Will it give the star the hit he needs? 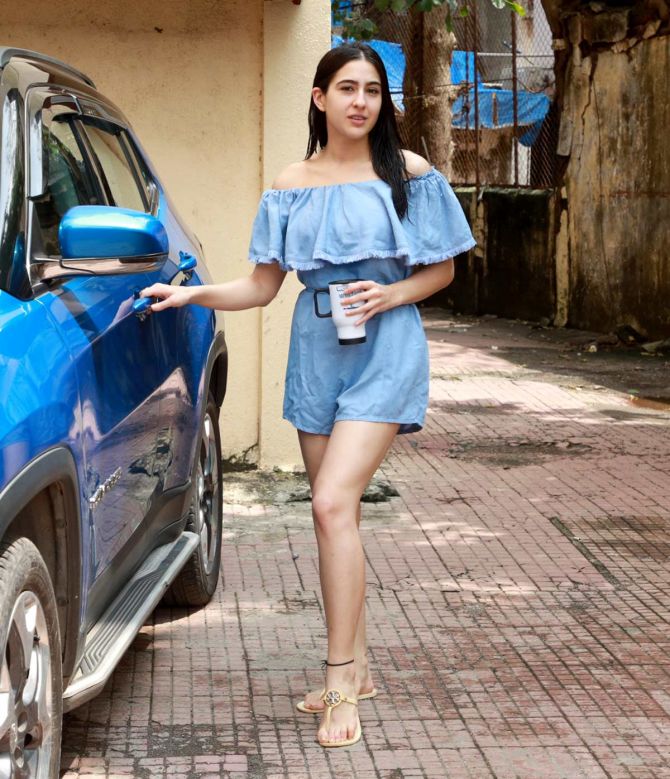 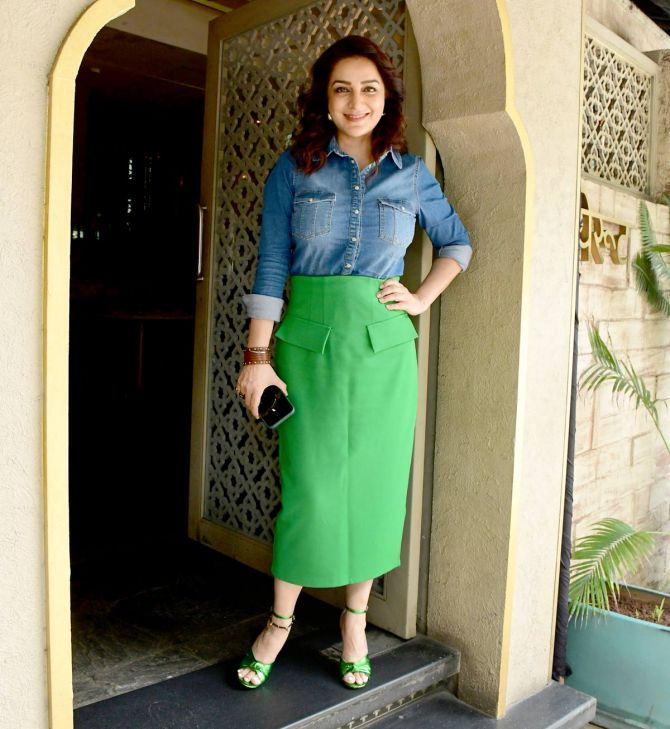 Tisca Chopra matches her blues with her greens as she steps out for a meal. 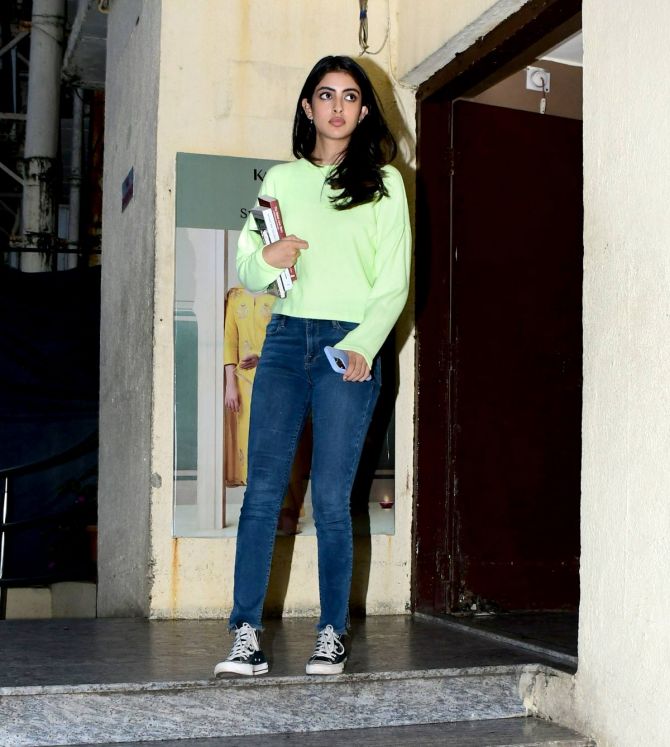 Navya Naveli, who recently launched her podcast series called What The Hell Navya, goes the blue-green way as well. 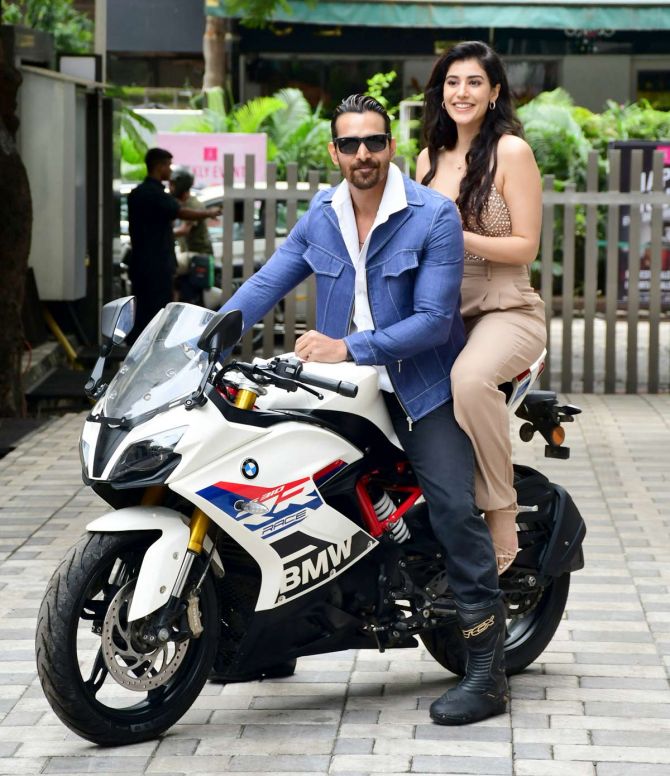 Harshvardhan Rane gives Sonia Rathee a ride on his snazzy bike as they arrive for the trailer launch of their film, Tara Vs Bilal. 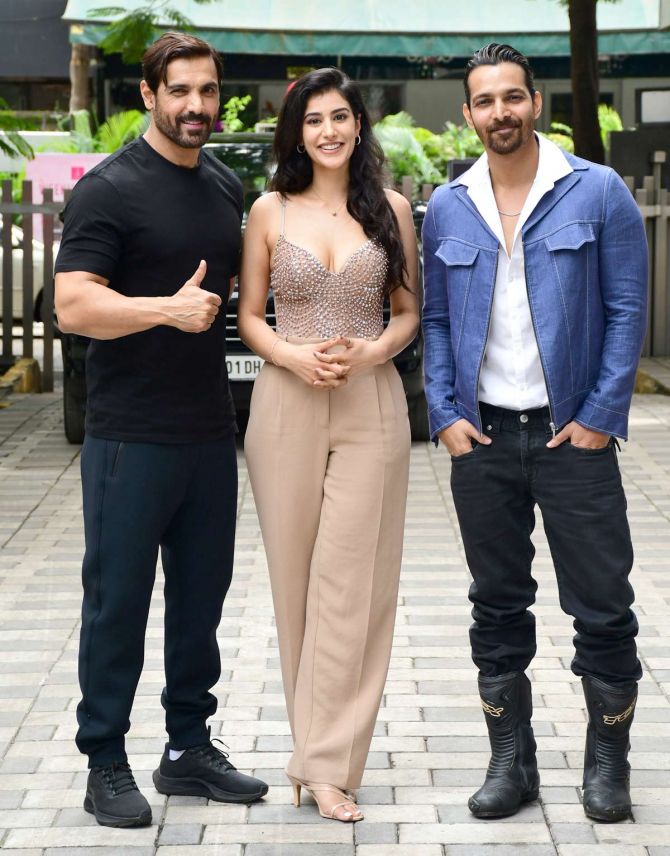 Produced by John Abraham and directed by Samar Iqbal, this slice-of life film will release in theatres on October 28. 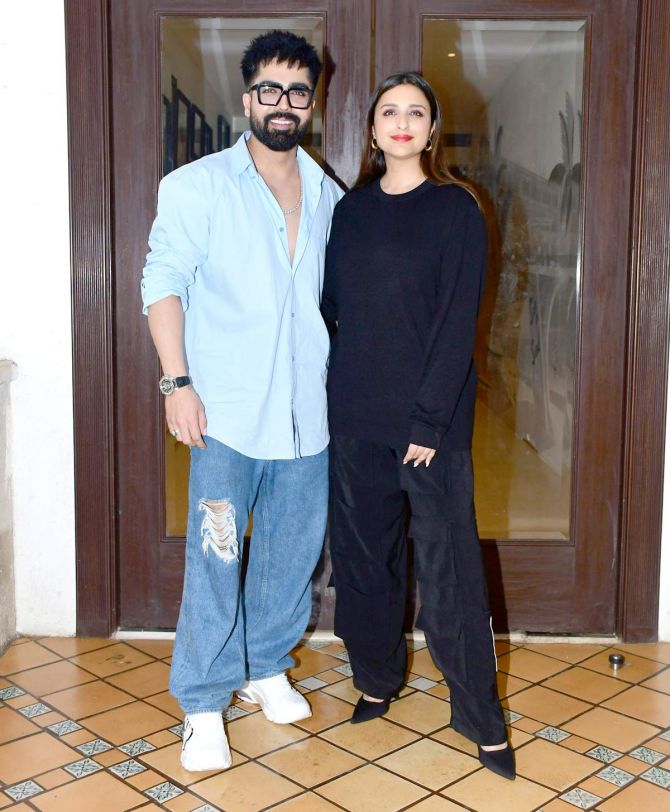 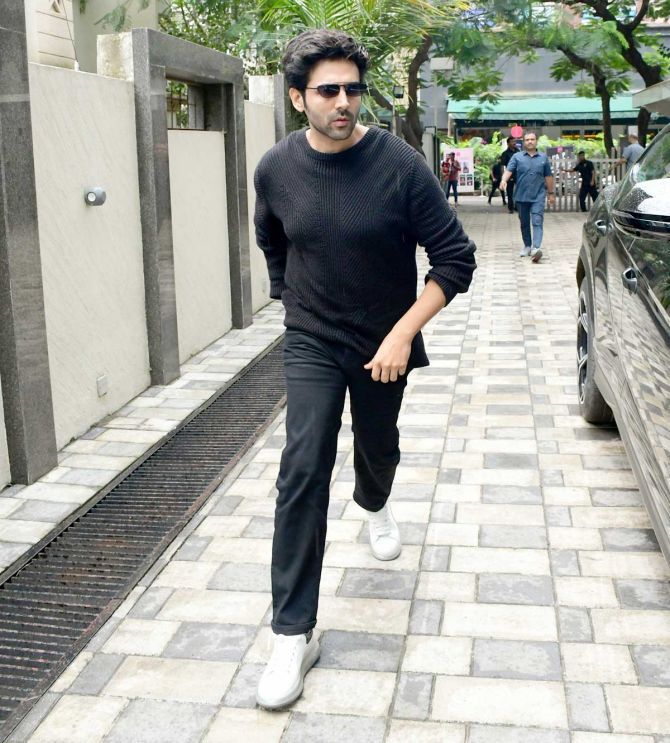 Kartik Aaryan seems to be in a hurry as he visits the T-Series office. 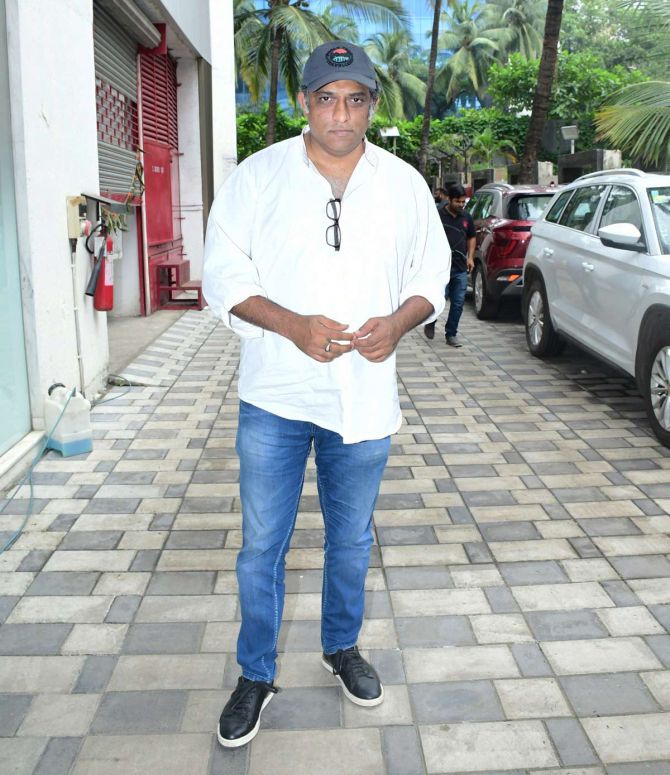 Director Anurag Basu was there too. Are they planning a film together? 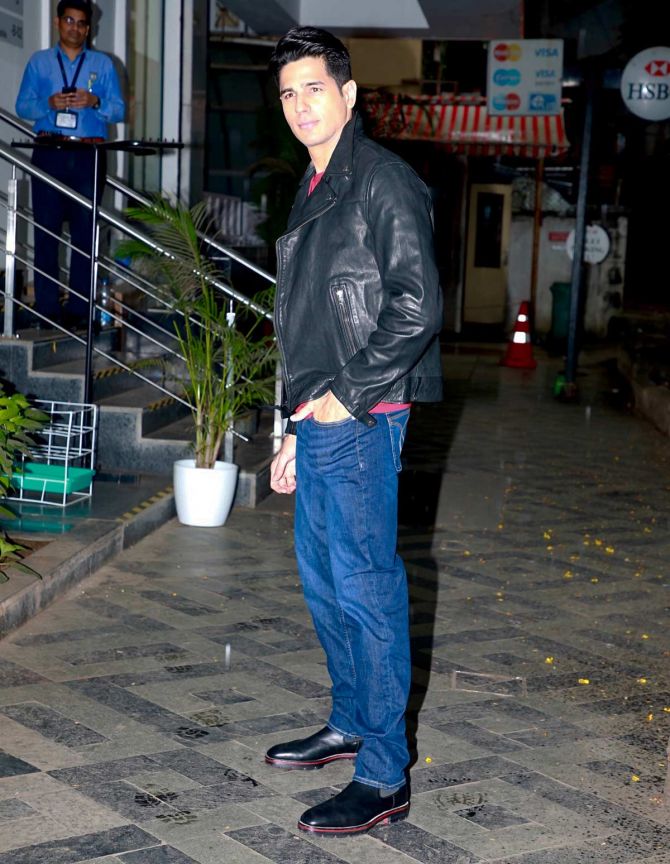 Sidharth Malhotra, who is missing Nature, returns to his busy city life. 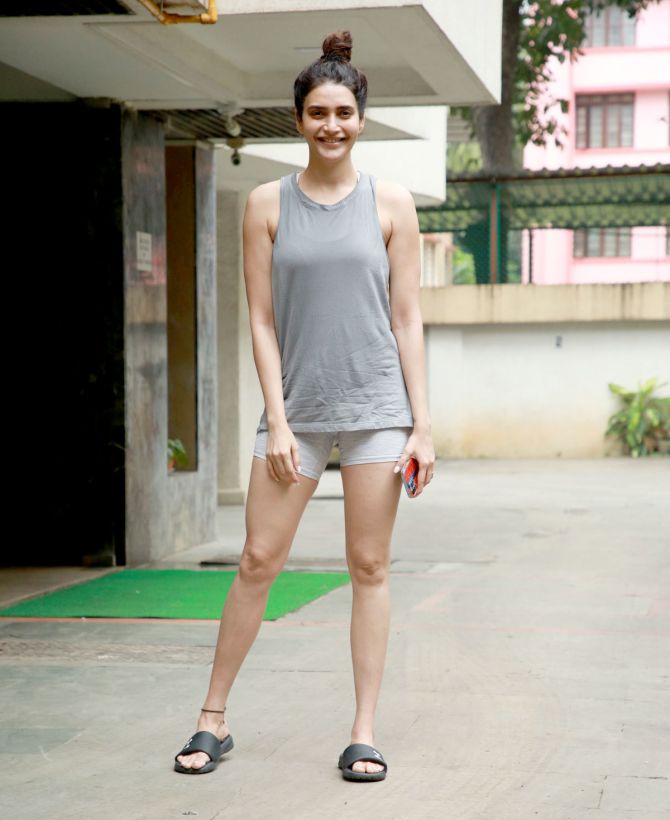 There’s not an ounce of makeup on her, yet Karishma Tanna looks lovely as she steps outside her house. 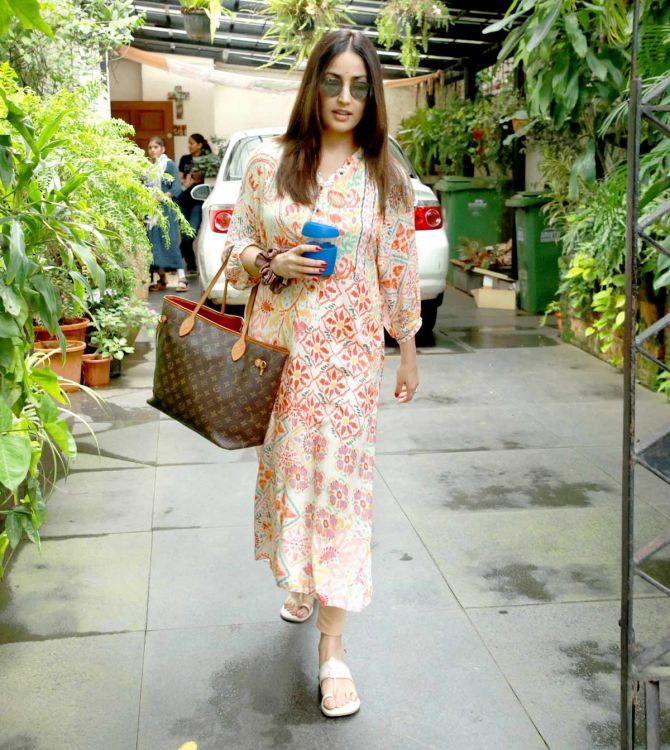 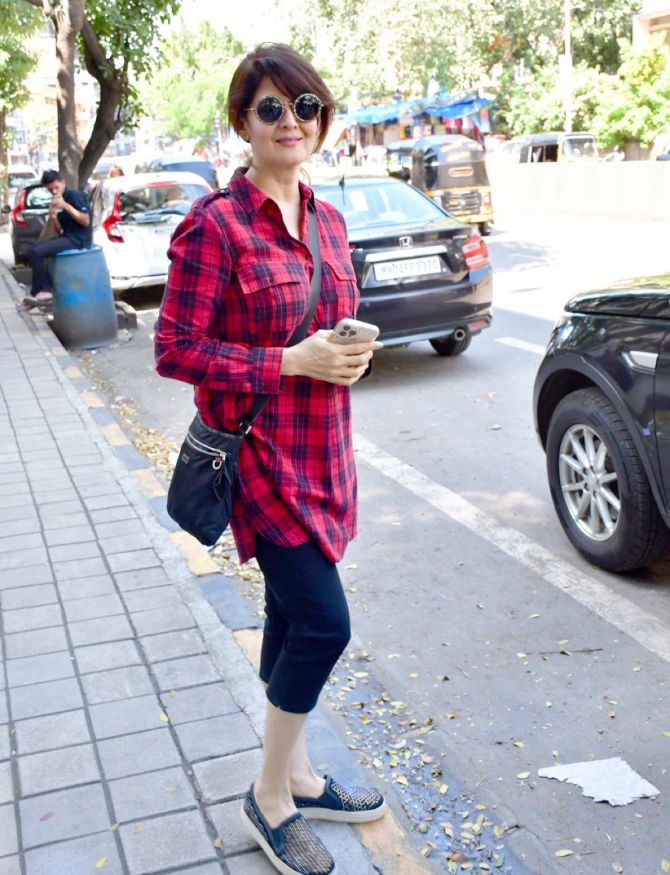 Sangeeta Bijlani gets clicked on the streets of Mumbai. 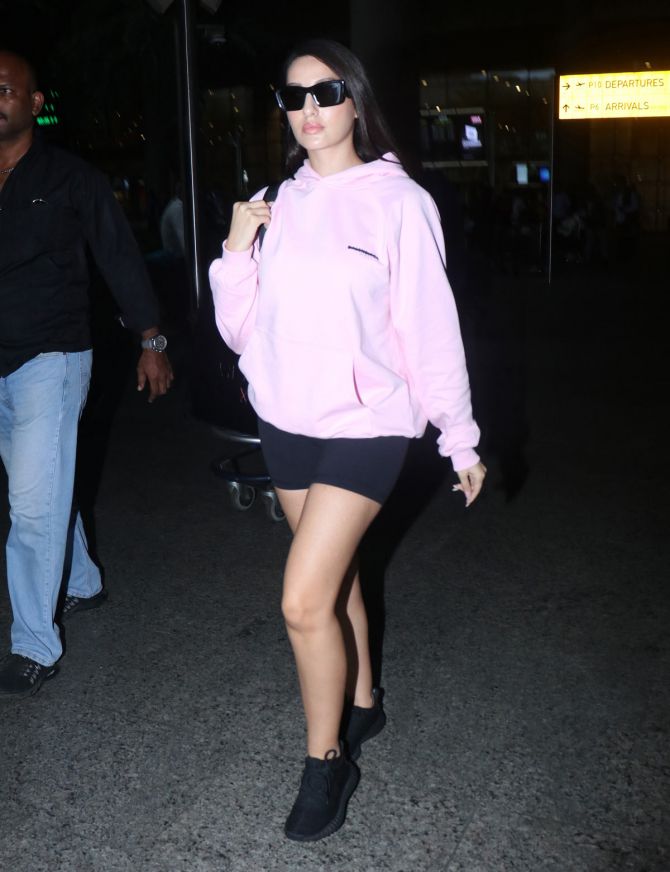 Watch: Is Sonali Bendre going for a holiday? Govinda is travelling too. 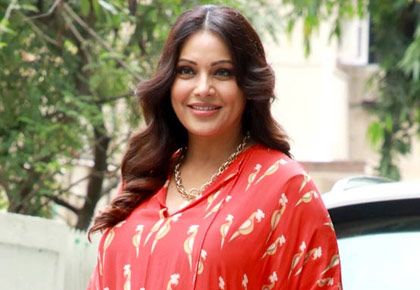