Loki's episode 4 has given us a lot to ponder about. Here are five takeaways from the episode, including that intriguing post-credits scene. The fourth episode of Loki, titled The Nexus Event, was the most eventful one yet. This was a largely welcome change from the last episode Lamentis. which, while high on character work, was low on plot development. The latest episode of Loki has given us a lot to ponder about. Here are five takeaways from the episode:

We were shown a glimpse of Asgard and the carefree childhood Sylvie spent there. While in Loki’s case, it was him escaping after stealing the Tesseract which was not supposed to happen as per TVA, in Sylvie’s case, her birth itself was an aberration. As she was playing with toys like any young girl, the TVA soldiers, led by Gugu Mbatha-Raw’s character who was a Hunter back then, abducted her and then “reset” or destroyed her entire timeline. Sylvie does have an extremely valid reason to hate the TVA. Though this was a brief scene, it has done a lot in demystifying Sylvie’s motivations for the fans. Another scene set in Asgard from the fourth episode was in a courtyard. To punish Loki and keep him busy after capturing him and Sylvie, Mobius put the God of Mischief in a time loop which had Lady Sif confronting him about a cruel prank played by him. Apparently Loki cut off half of her hair once when on Asgard and Mobius used that memory to force him to relive that memory. Sif is seen accosting him, giving him a slap and then a kick to the groin again and again. This was a smart way to refamiliarise the audiences with Sif before she appears in the fourth Thor movie.

Jamie Alexander, who plays the role of Lady Sif, shared a set photo of herself on Instagram and captioned it, “Asgard is not a place. It’s a people…” and one of them is a giant A-hole #Loki ⚔️🛡.” 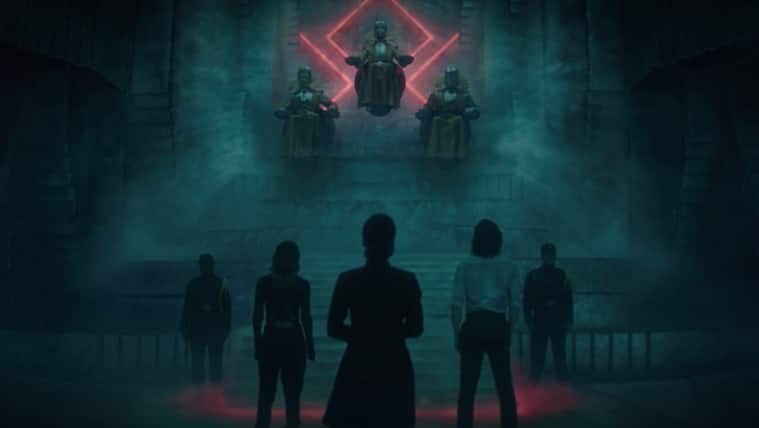 As many suspected, the Time-Keepers do not really exist and are just androids playing the part. Their CGI was so deliberately choppy that it was apparent. By who created the androids? Ravonna Renslayer? We don’t know if she is the mastermind or there is somebody above her as well. We think it’s the latter. But the TVA stands exposed. The organisation is made up of variants with their prior memories erased and their purpose is likely not as noble as protecting the Sacred Timeline.

The mention of Kree, Titans and vampires… 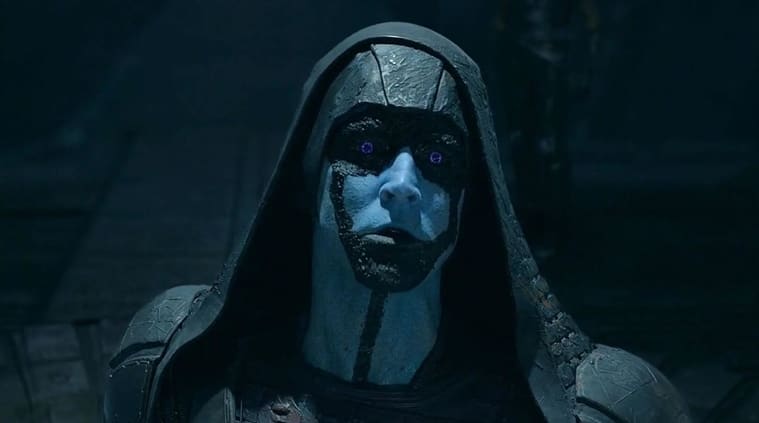 Before Mahershala Ali debuts as the half-vampire and half-human superhero Blade, we have proof that vampires are a reality in MCU. Mobius mentions ‘Kree, Titans and vampires’ to illustrate that the TVA has not had as many problems with them as it has had with the two Lokis. We already saw Kree, the shape-shifting extraterrestrials, in Captain Marvel. Titans are the inhabitants of Saturn’s largest moon, Titan. Thanos was a Titan, and he was responsible for erasing the entire living beings of the planet in his Malthusian quest, practically making him the only survivor. Now, let’s talk about the biggest and most confusing scene from the episode. When Loki was ‘pruned’ by Ravonna, it was revealed that he did not die but found himself on what looked like a destroyed world with husks of buildings in the background. “Is this hell? Am I dead?” he wonders. An offscreen voice replies, “Not yet. But you will be if you don’t come with us.” And we are treated to what are clearly four Loki variants. So TVA’s pruning just sends the variants somewhere else, and does not actually kill them. (Does that mean Mobius is also alive?)

Now, among the four variants, one, played by Richard E Grant, is wearing the classic Loki costume from the Silver Age of Comics. He is dubbed appropriately enough the Classic Loki. Deobia Oparei is Boastful Loki who is more like Thor with a muscular body and a hammer. Jack Veal is Kid Loki. And finally there is an alligator Loki wearing the Loki helmet — arguably the best Loki ever.

On the right of the variants is what looks like Avengers Tower. Is this a version of the earth then? We will likely find out in the last two episodes.