Long Shot movie review: Long Shot may fall short as a political commentary, it surprisingly turns up a warm little rom-com about an investigative journalist who looks like Rogen and a Secretary of State making her presidential bid who looks like Theron. 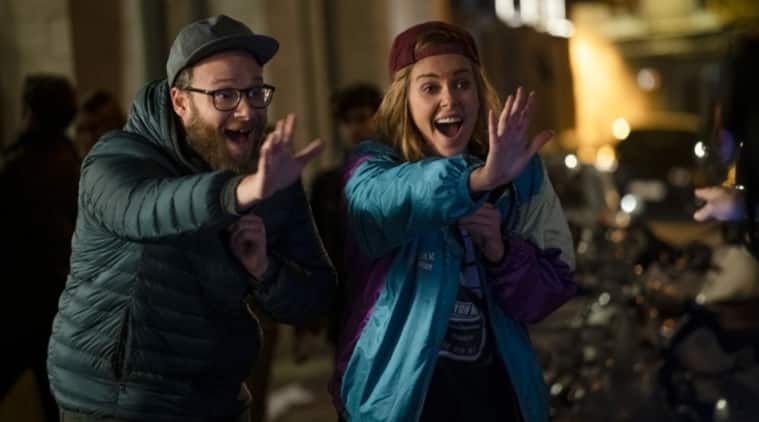 America has seen it all: TV stars riding into the White House as presidents; White House stars seeking TV glory as ex-presidents; and an eminently qualified woman candidate for the post failing before both. Long Shot is a dig at all of the above, and while it may fall short as a political commentary, it surprisingly turns up a warm little rom-com about an investigative journalist who looks like Rogen and a Secretary of State making her presidential bid who looks like Theron.

Yes, conjure up the image that sentence invites you to, and you won’t be too wrong. Rogen’s Fred Flarsky and Theron’s Charlotte Field are as different as they get. She in her perfect hair and clothes, only making her look even more statuesque, who is right now consulting brand experts on everything from her wave to how she eats to tot up the needed winning numbers. He in his fluorescent windcheaters who turns up in that, plus tracks, cap and unkempt beard for black-tie parties. And who is a tad bit younger than her.

It’s not just we who think this can’t work. Nor do Charlotte’s closest aides Maggie (Raphael) and Tom (Patel), who would like her cosying up instead to the very handsome Jacques Trudeau-like Canadian premier. The latter doesn’t mind all the rosy press the ‘dream date’ entails either.

But even when you think you have Long Shot all figured out — and it never really strays too far from the tested script of earnest women politicians vs big bad men of politics, with the evergreen topic of environment as her cause — the film continues to spring surprises as well as more than a few laughs. The most priceless scene is when Charlotte and Fred have a night about town high on drugs, and she is called upon to solve a national security crisis with sparklers in her hair and funky plastic glasses hiding her eyes. One sees this side of Theron seldom, and in that scene of hilarity, it is clear what we have been missing out.

Rogen is mostly Rogen, but the supporting cast holds up their end amicably. Whether it is Jackson Jr as Fred’s long-lasting friend, who teaches him a lesson about preconceived notions on Republicans and Democrats; Raphael who hopes to steer America’s first woman president into the White House through the many minefields in her way; Odenkirk as the sitting president who would rather be in the movies (his concern is that his budding TV career may not translate well onto the big screen, like others before him) and who holds Charlotte to ransom over his endorsement for her candidature; and Serkis as the Steve Bannon/Fox TV-like character who has the president’s ears.

Could Long Shot avoid being less righteous and sincere in its political spiel, and go more with the flow with its talented cast? Of course. But its heart is in the right place. And it never hurts to endorse a woman who has it both: power, and a plus one.