It’s always exciting to see Bollywood stars pair up with actors they have never worked before.

The new chemistry is sometimes so sizzling that audiences want to see them together more often.

Bollywood knows this only too well, which is why we have fresh new jodis coming up in the movies.

Do take the fun poll!

They are such a gorgeous-looking jodi that one wonders why they haven’t been paired together before.

Director Siddharth Anand has seen the magic in their pairing and brought them together for Fighter.

Hrithik says the film is ‘pure adrenaline for the heart and mind’. We think it will be pure eye candy for their fans as well.

The film is expected to release in 2022.

Do Deepika-Hrithik look good together? VOTE! 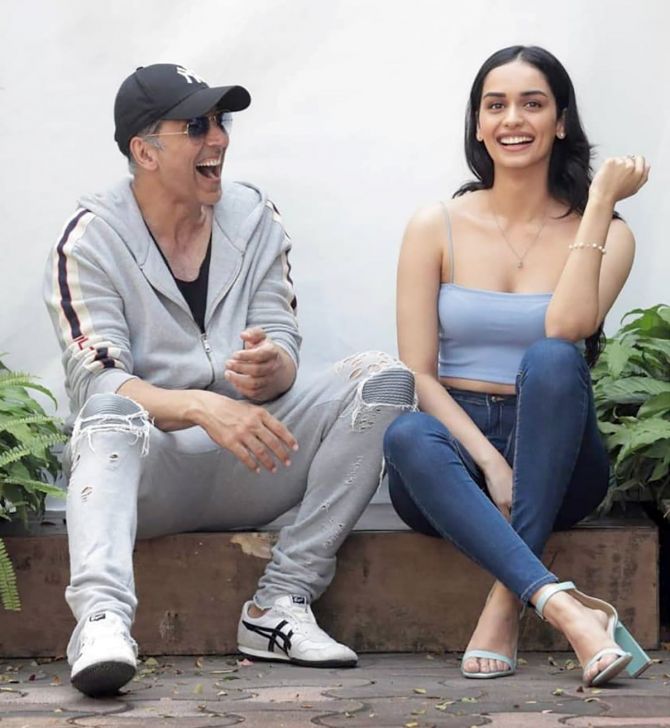 The former Miss World will finally make her movie debut in the epic, Prithviraj.

It has been a patient wait for Manushi, who gave up studying medicine for the movies, as the film was originally slated for release last Diwali.

Do Manushi-Akshay look good together? VOTE! Since Akshay is currently working on more than 10 films, it’s obvious that some of them would feature a leading lady he hasn’t worked with before.

In Atrangi Re, Sara shares the screen with the superstar for the first time.

In the past, Akshay and Sara’s dad, Saif Ali Khan, teamed together in quite a few films, so this pairing will be interesting.

Do Sara-Akshay look good together? VOTE! Kiara is on a career high after Shershaah and has signed several good films.

Let’s hope their jodi works because they will reunite for Sajid Nadiadwala’s film next year.

Do Kiara-Kartik look good together? VOTE! After his touching performance in Shershaah, everyone is waiting for Sid’s next film.

Rashmika is already a star in the south.

With the duo coming together for Mission Majnu. one waits to see how they are presented together on screen.

Do Rashmika-Sidharth look good together? VOTE! 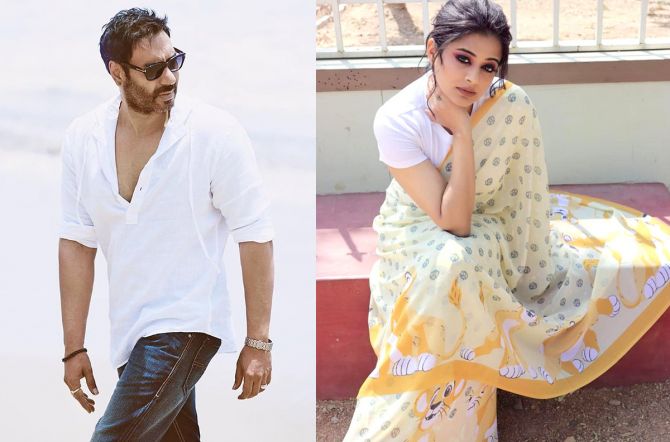 In his three-decade long career, Ajay Devgn has launched quite a few leading ladies.

Though Priyamani is a star in the south and made waves with her performance in The Family Man, Maidaan will be her big Bollywood debut.

Since Maidaan is a sports drama, one wonders how this duo pairs up in the film.

Do Priyamani-Ajay look good together? VOTE! Ranveer’s co-star in most of his recent films, including his upcoming biggie, ’83, has been his wife, Deepika Padukone.

Soon, he will be seen in Cirkus opposite two stunning beauties, Jacqueline Fernandez and Pooja Hegde.

Director Rohit Shetty has designed an out-and-out comedy that looks like it will be a fun watch.

Do Jacqueline and Pooja look good with Ranveer? VOTE! 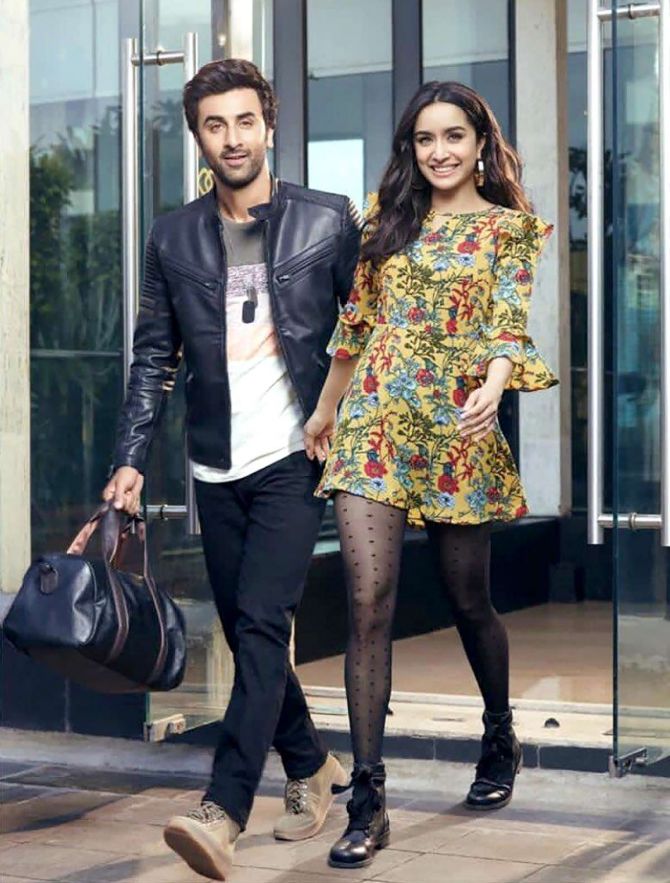 Ranbir pairs up with Shraddha for the first time in Luv Ranjan’s yet-untitled next.

The Delhi schedule has reportedly been shot and one waits to see how the two will romance each other.

Do Shraddha-Ranbir look good together? VOTE! 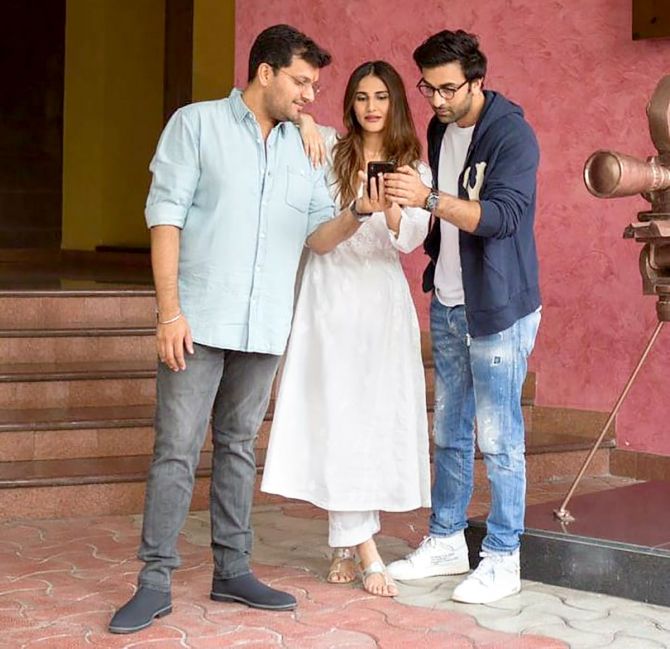 Ranbir has already completed shooting for Shamshera with Vaani.

The dacoit drama comes from Yash Raj Films and is a biggie that they plan to unleash only in theatres.

Do Vaani-Ranbir look good together? VOTE! Do Parineeti-Ranbir look good together? VOTE! 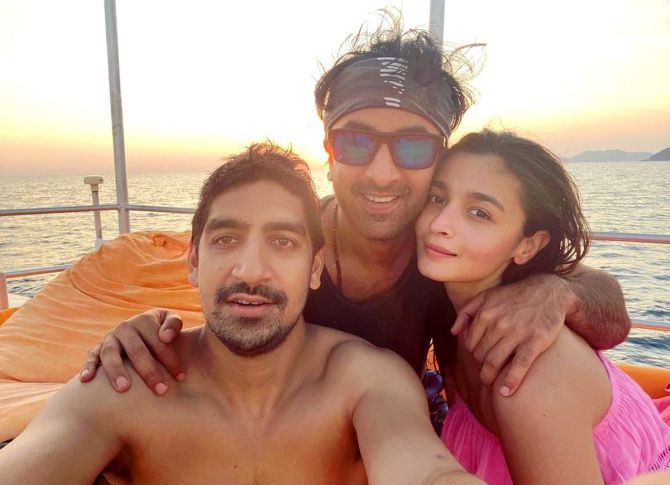 Of course, the jodi we’re all waiting to see is that of Ranbir Kapoor and Alia Bhatt.

The real life couple will be seen in Brahmastra, the long awaited film produced by Karan Johar and directed by Ayan Mukerji.

Fingers crossed, it should arrive in 2022.

Do Alia-Ranbir look good together? VOTE! 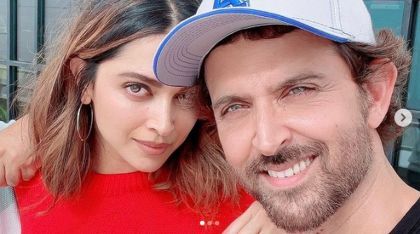