Maestro movie review: Director Merlapaka Gandhi has turned the pulsating white-knuckled ride into a story of a damsel in distress. Nitthin-starrer has none of the moral ambiguity or smarts of Ayushmann Khurrana-Tabu original. 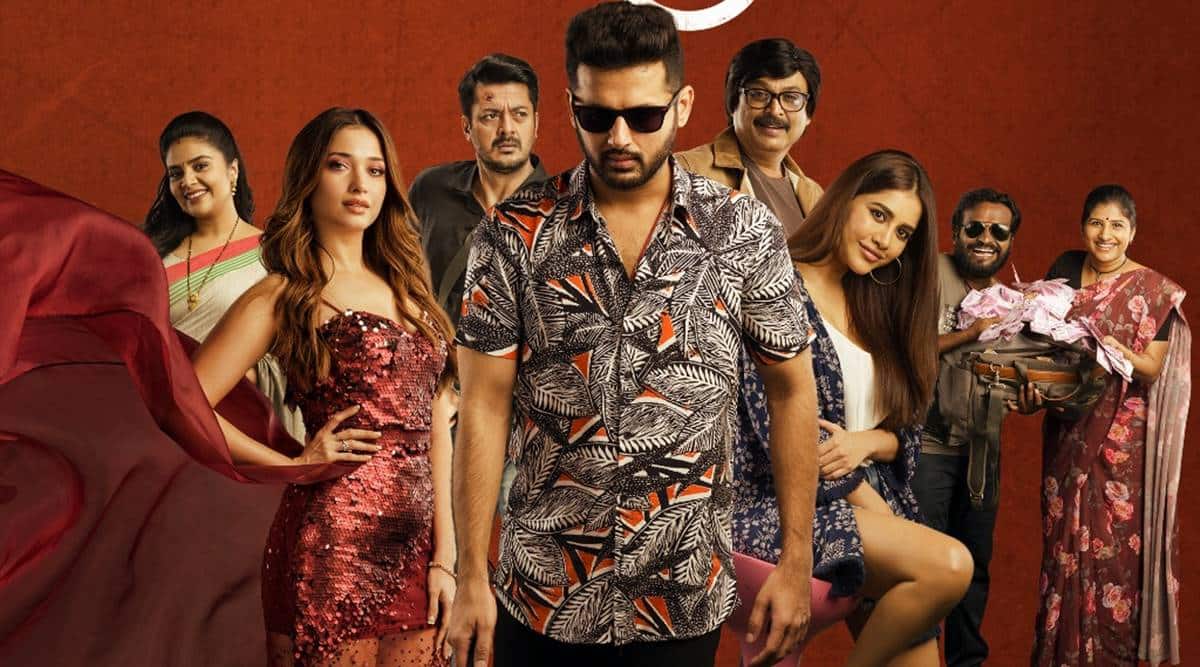 Maestro is the Telugu remake of director Sriram Raghavan’s Andhadhun starring Ayushmann Khurrana and Tabu. For Arun (Nithin), a talented pianist, the gift of sight is something he can control. If he wants he can make his surroundings disappear to avoid any external stimuli, he can do so by simply focussing on his music. While he believed his experiment with eyesight would make him a better musician, it invariably makes him a witness to a murder.

Mohan (Naresh), an erstwhile movie star, hires Arun for a private concert at his home. It is Mohan and his wife Simran’s (played by Tamannaah Bhatia) second wedding anniversary. The concert is supposed to be a surprise for his much younger wife. Once he reaches home, he discovers that his wife is having an affair with a man, who is younger and stronger than him. Things get ugly and Mohan dies. Arun, who arrives at the crime scene, as part of the surprise, remains a mute spectator. He plays stirring music as Simran and her lover clean the blood off the floor and cram a suitcase with Mohan’s dead boy.

The main premise of Andhadhun was straight out of classic pulp fiction. It is the treatment of a very familiar trope involving, love, sex aur dhokha (betrayal), that made it a darkly humorous noir film. The characters in Andhadhun were motivated by a simple need to stay alive and stay out of jail. Yes, Ayushmann Khurrana’s Akash Sarraf, in a moral epiphany, decides to report the murder to the police. And soon he realizes his mistake, he set aside his moral crisis and decided to remain blind. Akash doesn’t try to be a hero. And that’s what made Andhadhun so relatable and gave it a sense of reality.

Merlapaka Gandhi, however, turns the pulsating white-knuckled ride into a a damsel-in-distress story with Maestro. Arun, who decides to leave the town for good and get far away from all the murders, jumps back into the mix because he gets worried Simran might also kill his step-daughter Pavithra, who has been asking troubling questions about her father’s death. Pavithra, a significantly unimportant character, suddenly becomes the film’s main focus. Merlapaka fashions a classic damsel in distress trope and presents Arun as the shining knight in armour. The problem with this kind of treatment is it turns a memorable noir film into an indistinguishable potboiler.

Tamannaah’s performance as a cheating wife, who’s now committing murders, adds insult to the injury. She fails to capture the perfect mix of shame, guilt, fear and survival instinct that Tabu channelled in her performance as Simi in Andhadhun. In Maestro, Tamannaah hardly feels the weight of killing people. She comes across as a straight-up psychopath, who rather seems to enjoy murdering people. Her no regret approach makes her character look empty.

Remember Tabu’s performance in a scene when she berates her lover, saying something like, “While your hands remain clean like Singam, it is me who’s doing all the dirty work?” Her moral conflict and regrets are missing in Tamannaah’s acting. Tamannaah fails to truly understand the complexities of her character and takes the easy way out by playing her as an unregretful Femme Fatale. Like Tamannaah, the visual style of Maestro is also glamorized, which makes it too preachy for a dark comedy. And the ending, oh the horror, squeezes all the cleverness and ambiguity of Sriram Raghavan’s original.

It is a film like Maestro that makes us question the need for remakes. In the age of streaming services, when anyone can access any Indian language movie with just a click of the remote, what’s the point of Indian filmmakers remaking other Indian films?

When people can access the original from the comforts of their home, why should anyone suffer through its duplicate? Of course, it makes sense if a filmmaker wants to remake a film if he or she has a new take on the material that could turn the original idea on its head and radically challenge the perspective of the viewers, who have already seen the original film. Then, there is some value to it. But, what’s the point of taking a much-loved movie and killing all the elements that made that movie so beloved, Mr Merlapaka Gandhi?

Maestro is streaming on Disney plus Hotstar. 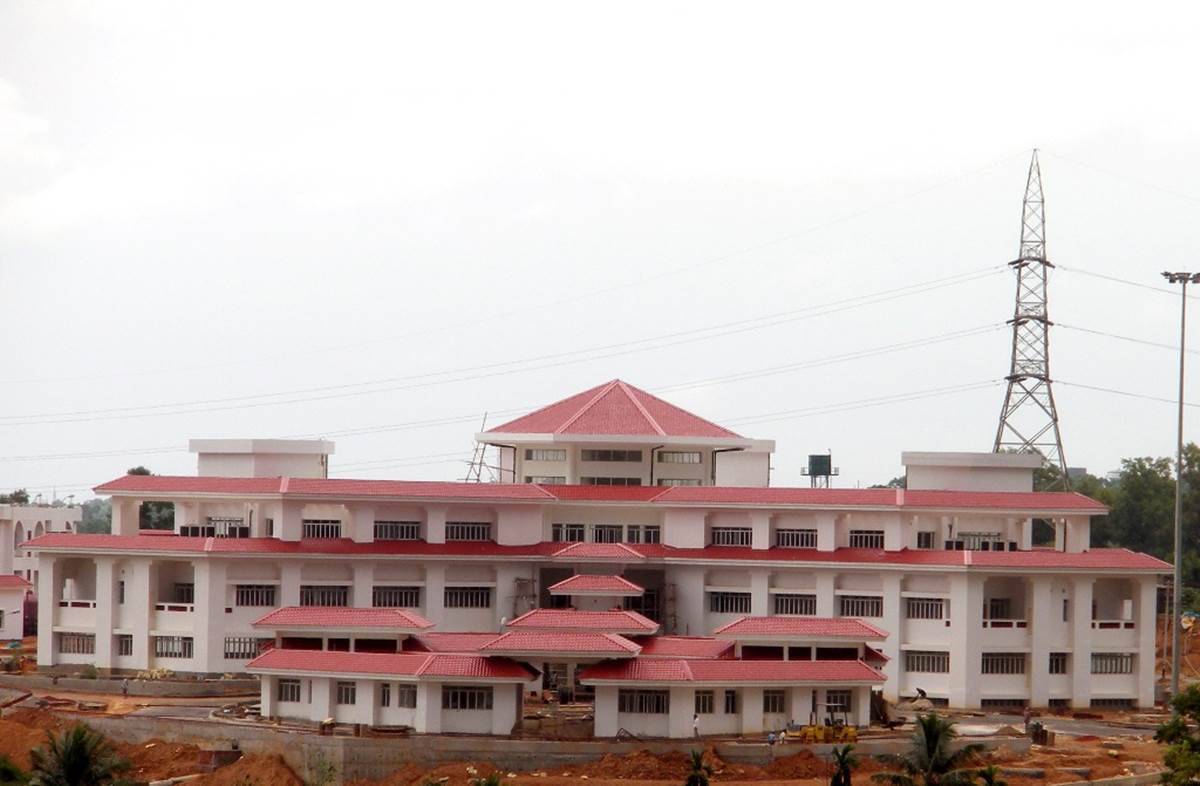 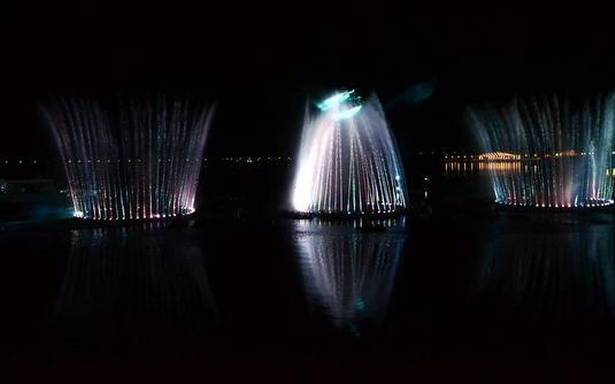