In Madhura Raja,  Mammootty has reprised his role of Raja from the 2010 hit film Pokkiri Raja. Even though Madhura Raja is a commercial hit, it received mixed reviews from critics. 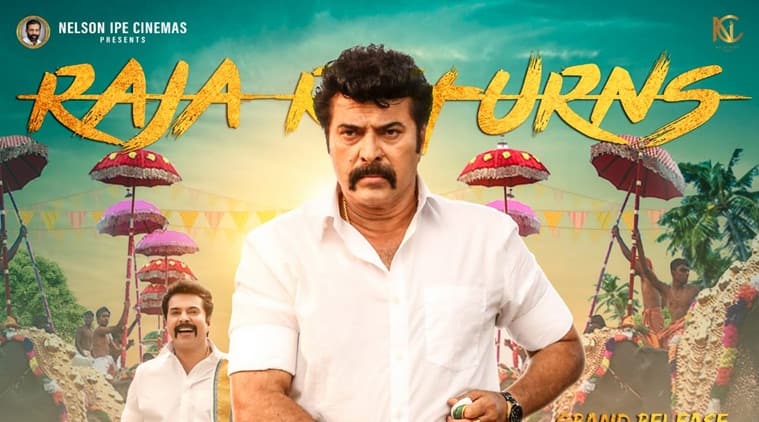 Madhura Raja producer Nelson Ipe on Monday shared a post on Facebook. It read, “We Nelson Ipe Cinemas proudly announce that, our first production venture MadhuraRaja crossed 104 Cr world wide business in 45 days of Release. On this great achievement I would like to say my heart full of thanks to all, who work hard on screen and off screen to make this dream come true, and also my sincere thanks to all the media channels who supported us till date. I can’t forget my family and my friends who gave me strength to move forward. Thanks to the viewers all over the world who watched and loves and made MadhuraRaja a huge blockbuster. Once again thank you so much everyone. #TripleStrongRaja.”

In Madhura Raja, Mammootty reprised his role of Raja from the 2010 hit film Pokkiri Raja. Even though the film is a commercial hit, it received mixed reviews from critics.

Indianexpress.com’s Manoj Kumar gave the film 3 stars and wrote in his review, “Madhura Raja is the sequel to Malayalam superstar Mammootty’s 2010 lowbrow comedy, Pokkiri Raja. It traces the new adventure of Raja (Mammootty), who looks younger than ever. It is as if Mammootty has some superpower which he uses to stop ageing. Come on, what’s the deal?”

He added, “I was rather shocked when Madhura Raja opened with an emotionally heavy scene. Even as Pokkiri Raja takes off with a couple of deaths, all those tragedies were bereft of melodrama. In other words, they did not shock us. But, the opening minutes of Madhura Raja just does the opposite. Just a few minutes into the movie, an honest police officer (played by Narain), who is also a caring husband and a loving father to two girl children, is torn into pieces by Inaayaka Mohanam’s (Jagapathi Babu) man-eating bloodhounds.”